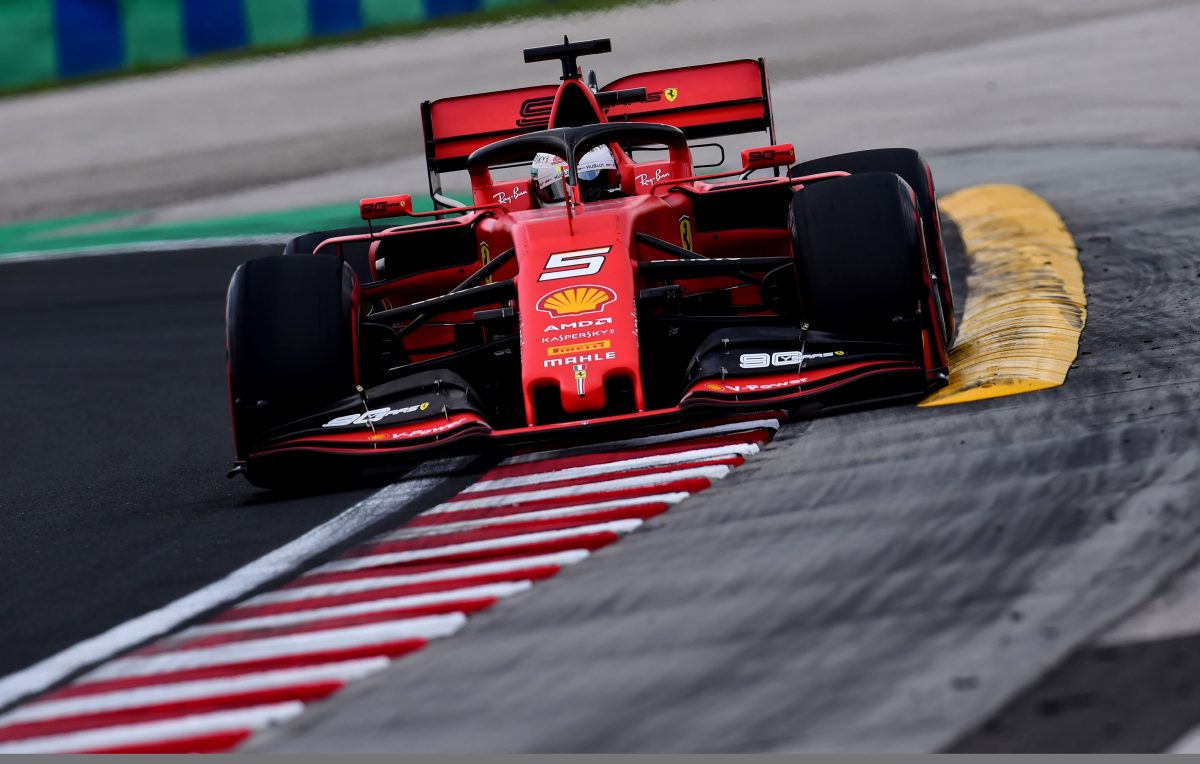 Sebastian Vettel was third in Hungary

A lack of pace at the Hungarian Grand Prix is nothing for Ferrari to be overly concerned with according to team boss Mattia Binotto.

Sebastian Vettel finished more than a minute behind race winner Lewis Hamilton in Hungary, with Charles Leclerc a further four seconds back in the sister Ferrari.

It followed a weekend in Germany where, Sunday’s rain affected race aside, Ferrari had been the team to beat.

The swing in performance is, according to Binotto, a result of the specific nature of the two circuits and the high downforce requirements of the Hungaroring.

“What we should try to explain is not the minute (gap to Hamilton) but maybe a week ago we got the fastest car and (in Hungary) we’re somehow not the fastest,” Binotto explained.

“And you’re suffering more in the race than in the quali because in the single lap of the quali, eventually the grip of the tyres is coping with the lack of downforce you have.

“On a long distance you’re sliding, overheating the tyres, and things are certainly more complicated.”

Ferrari now trails Mercedes by 150 points – more than three one-two finishes – in the constructors’ championship, a tally that could have been worse save for Valtteri Bottas’ opening lap clash with Leclerc.

Now on summer break, when Formula 1 returns it will do so at Spa-Francorchamps in Belgium, a much faster circuit that, on paper, looks to suit the Ferrari better than the Hungaroring.

However, hopes of overhauling Mercedes in the championship are slim, as no team has conceded such an advantage in the sport’s history.