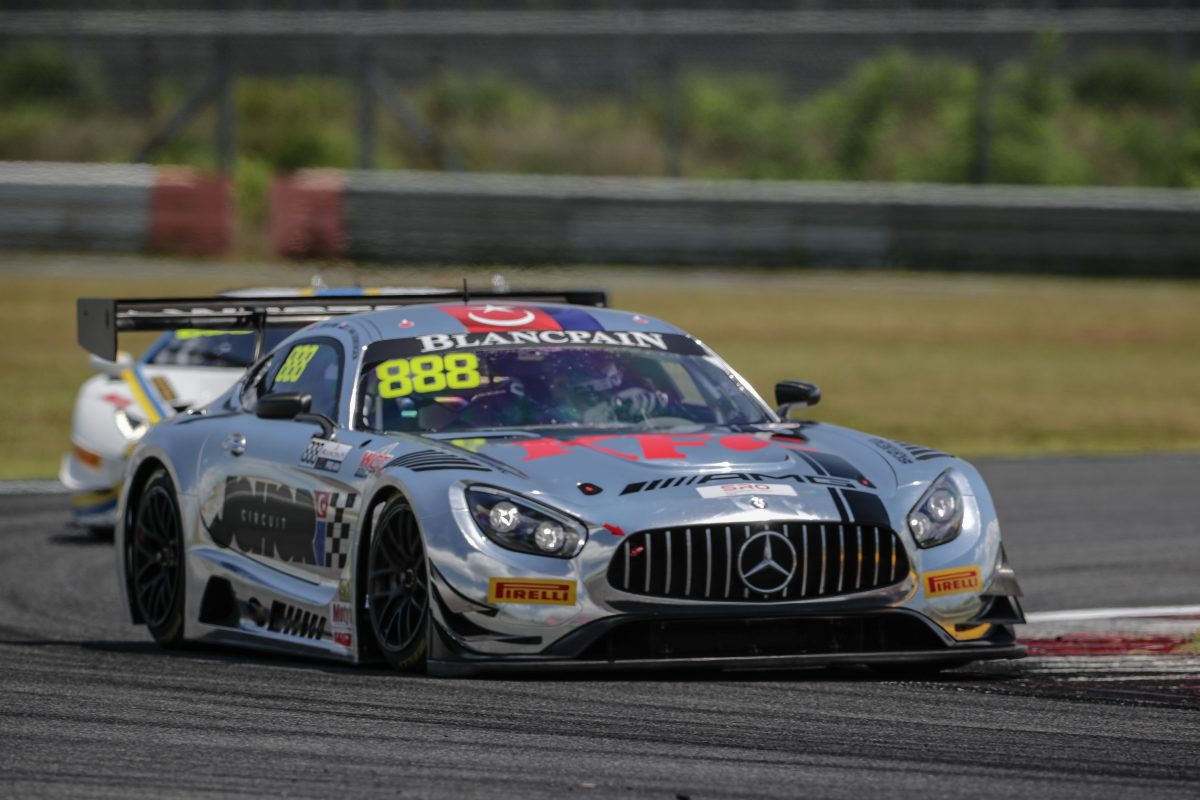 Shane van Gisbergen and Prince Ibrahim combined to claim the opening Pro/Am class win of the weekend at the penultimate round of the Blancpain GT World Challenge Asia at Yeongam in Korea.

Van Gisbergen put a late move on the Panther Racing/AAS Motorsport entry of Alex Imperatori to seal the class win, finishing seventh in the overall classification.

In Race 2 the Triple Eight Mercedes-AMG GT3 rose to fifth overall, though was only third in Pro/Am class when Imperatori/Vutthikorn Inthraphuvasak won outright with Antony Liu and Chris van der Drift second.

The JRM Porsche shared by van der Drift was tenth in the opening race, while Australian duo Andrew Macpherson and Ben Porter were 14th to win the Am class in the AMAC Motorsport.

The Lamborghini shod pair then finished 15th overall and second in class in Race 2, a result which moves the pair 27 points clear in the championship with just 50 points on offer.

Shanghai hosts the final round of the 2019 Blancpain GT World Challenge Asia series on September 27-28. 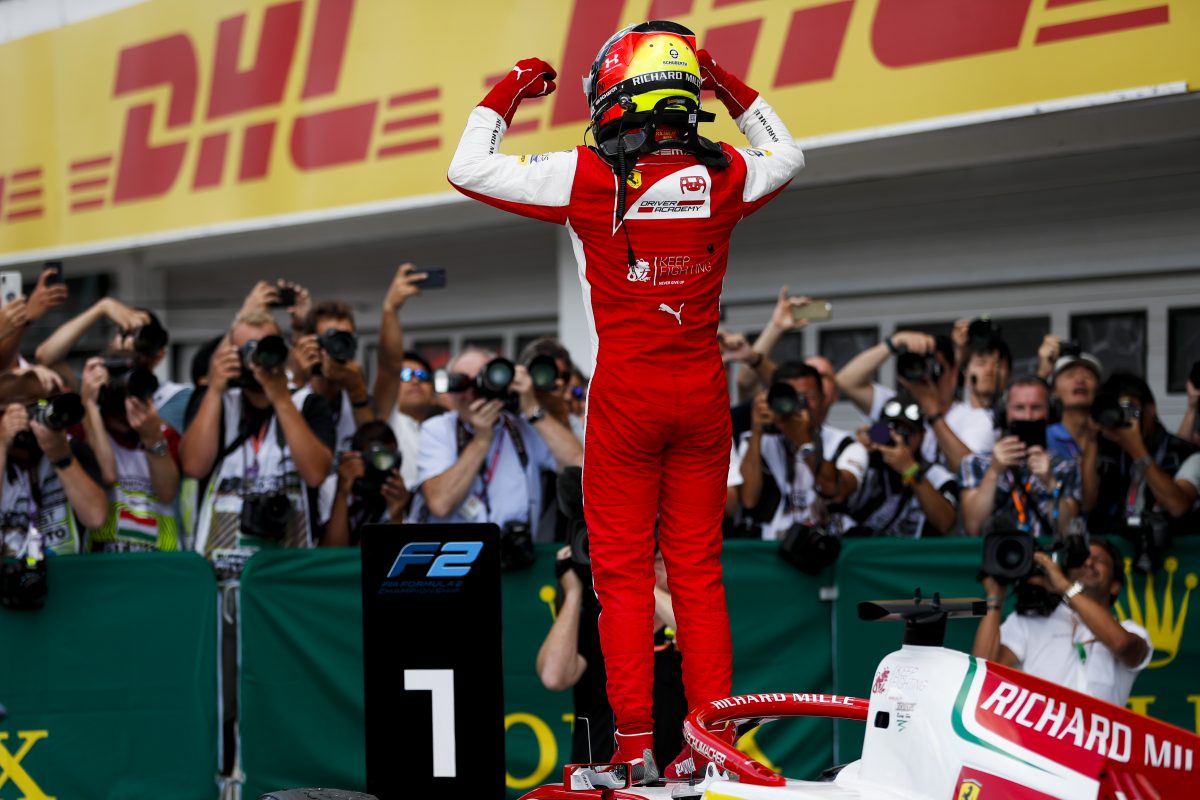 Mick Schumacher took his maiden Formula 2 victory after starting from first position in the Sprint Race at the Hungaroring.

The Prema driver held off a late charge from Nobuharu Matsushita (Carlin) while Sergio Sette Camara (DAMS) rounded out the podium positions.

The series moves on to Spa-Francorchamps on August 30-September 1. 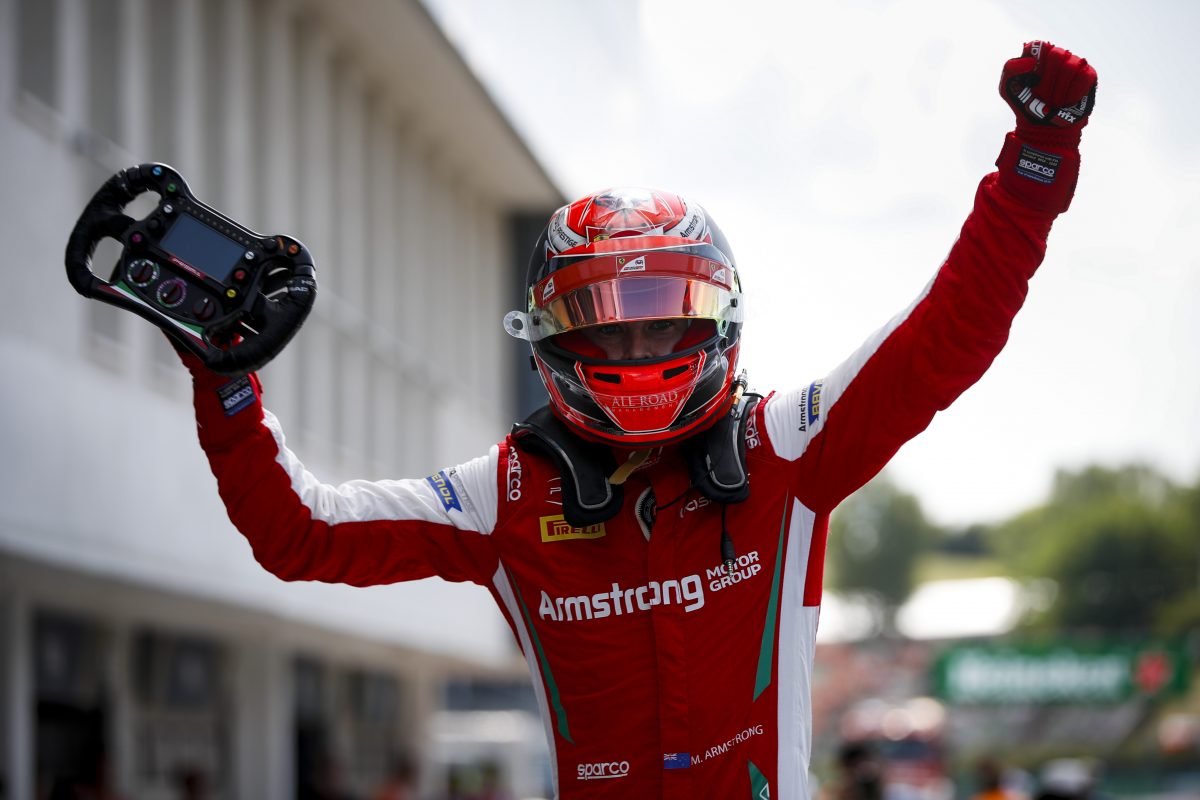 New Zealand’s Marcus Armstrong claimed his first ever FIA Formula 3 win by 12 seconds over Leonardo Pulcini in Race 2 at the Hungaroring.

Armstrong (Prema) and Pulcini (Hitech) started from the front row and fought for the lead off the start, banging wheels at Turn 2 which left Pulcini to back off and sit behind in second position for the remainder of the race.

A dozen seconds separated them at the finish while another Kiwi in Liam Lawson (MP Motorsport) was outside the points in ninth and Australian Alex Peroni (Campos Racing) crossed the line in 16th.

Robert Shwartzman (Prema) had his championship lead slashed to 12 points after he was forced to retire with front-wing damage due to contact with Felipe Drugovich (Carlin).

Armstrong was eighth in Race 1, which gave him first position on the grid for Race 2, Lawson 16th, and Peroni 26th.

The championship heads to Spa-Francorchamps on August 30-September 1. 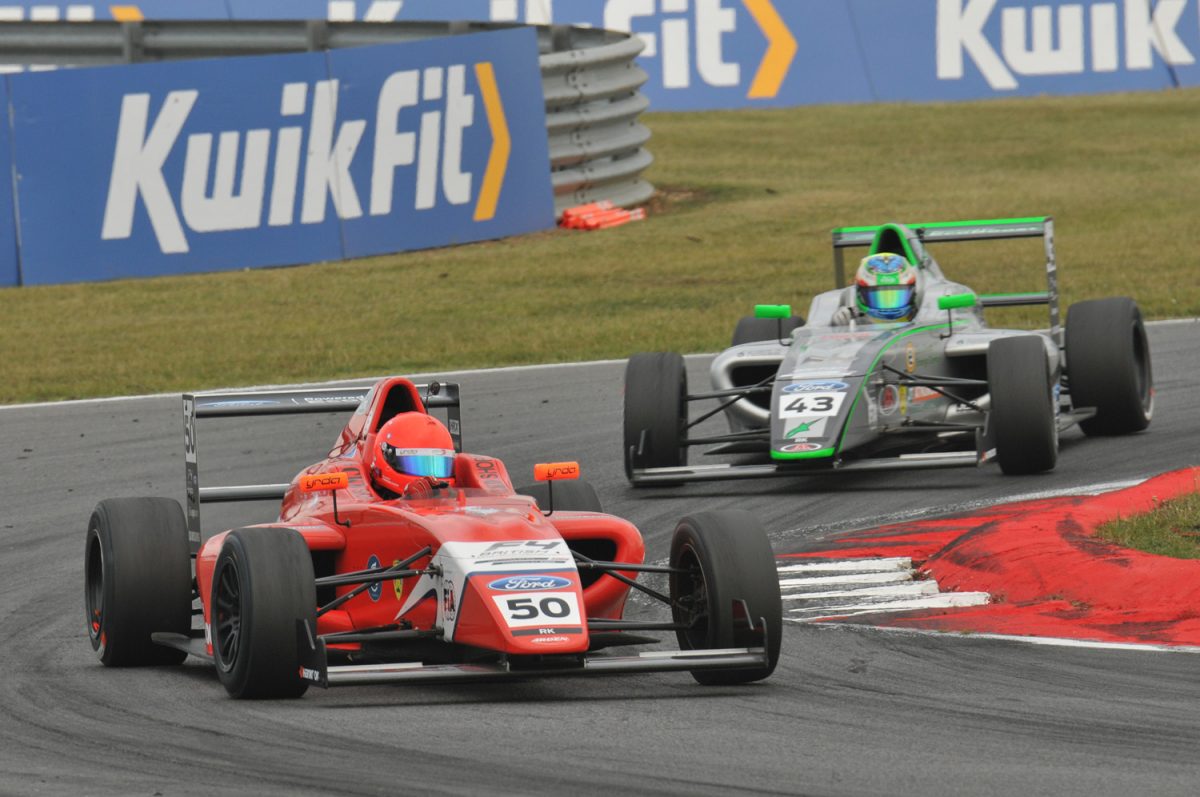 West Australian Bart Horsten has held onto second place by just 0.034s in the final race of the sixth F4 British Championship event of the season at Snetterton.

The Arden driver attacked pole-sitter Sebastian Alvarez (Double R Racing) for the lead into the opening corner before having to defend from championship leader Zane Maloney (Carlin) and Josh Skelton (JHR Developments) for the remaining 11 laps.

Alvarez ran away with the race while Horsten just beat Skelton to the chequered flag.

Horsten was 10th in the second race of the weekend after contact with Maloney and fifth in the opener.

He remains fourth in the championship standings ahead of the visit to Thruxton on August 17-18. 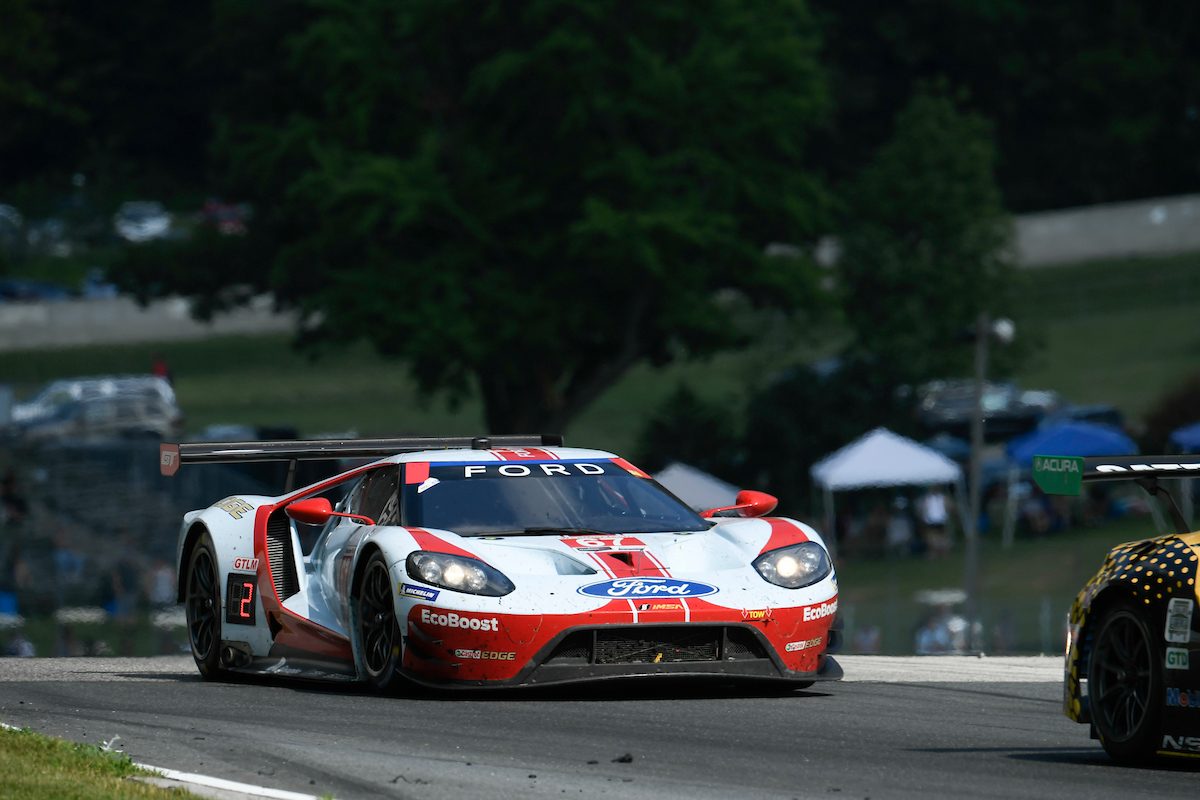 Ryan Briscoe and Richard Westbrook have notched up back-to-back class race wins in the IMSA SportsCar Championship with a 10-second victory at Road America.

Briscoe overturned an early deficit to Oliver Gavin on the road but the #67 Chip Ganassi Ford GT lost the GT Le Mans lead through the opening pit stops.

Westbrook was involved in an entertaining mid-race dice before the race came to him due to a two-stop strategy.

Earl Bamber and Laurens Vanthoor were third in the same class in the factory 911 RSR, while Matt Campbell and Zacharie Robichon won GT Daytona in a Porsche 911 GT3 R.

The next round is at VIRginia International Raceway on August 23-25, with only GTLM and GTD in action. 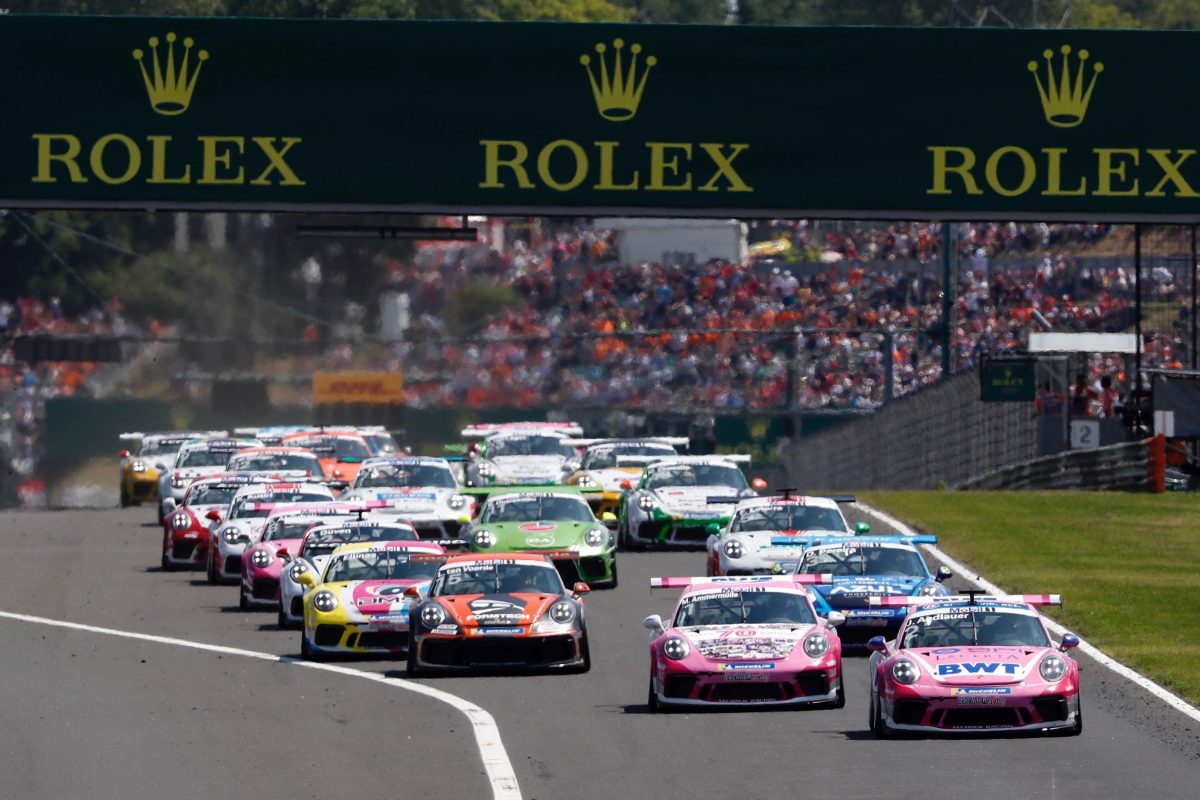 The Porsche Supercup field at the Hungaroring

Australian Joey Mawson finished ninth in Round 6 of the Porsche Supercup at the Hungaroring after qualifying 12th.

Last year’s Porsche Carrera Cup Australia champion Jaxon Evans also rose up the order from 15th on the grid to secure 11th at the chequered flag, thanks largely to a strong start.

Stephen Grove finished 23rd outright and third in the Pro-Am class while Marc Cini was a non-starter.

Michael Ammermuller took his second victory of the season ahead of championship leader Julien Andlauer, bringing the latter’s margin down to a point.

The series visits Spa-Francorchamps for the Round 7 of the season on August 30-September 1. 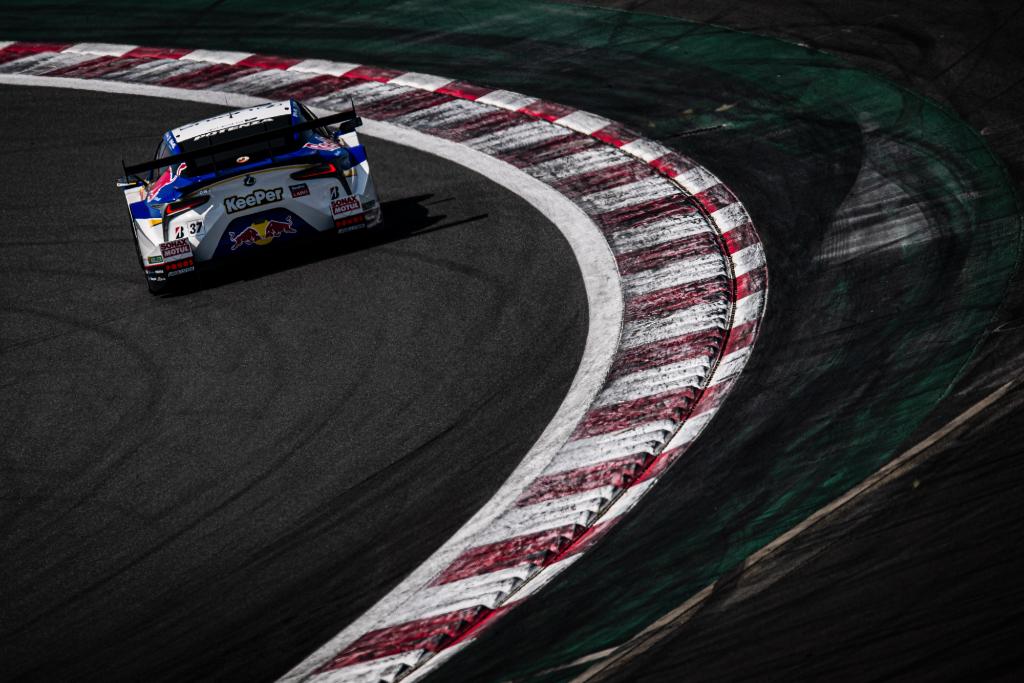 New Zealander Nick Cassidy and Ryo Hirakawa salvaged a fourth position finish from 14th on the grid in Round 5 Super GT at Fuji Speedway.

Their TOM’S Lexus LC500 was hamstrung by success ballast in qualifying, as was the LeMans Lexus of championship leaders Kenta Yamashita and Kazuya Oshima.

The latter duo started 11th but took victory thanks largely due to a fortunately timed pit stop just prior to a Safety Car.

The gap between Oshima/Yamashita and Cassidy/Hirakawa at the top of the championship is now 16 points with Autopolis next on September 7-8. 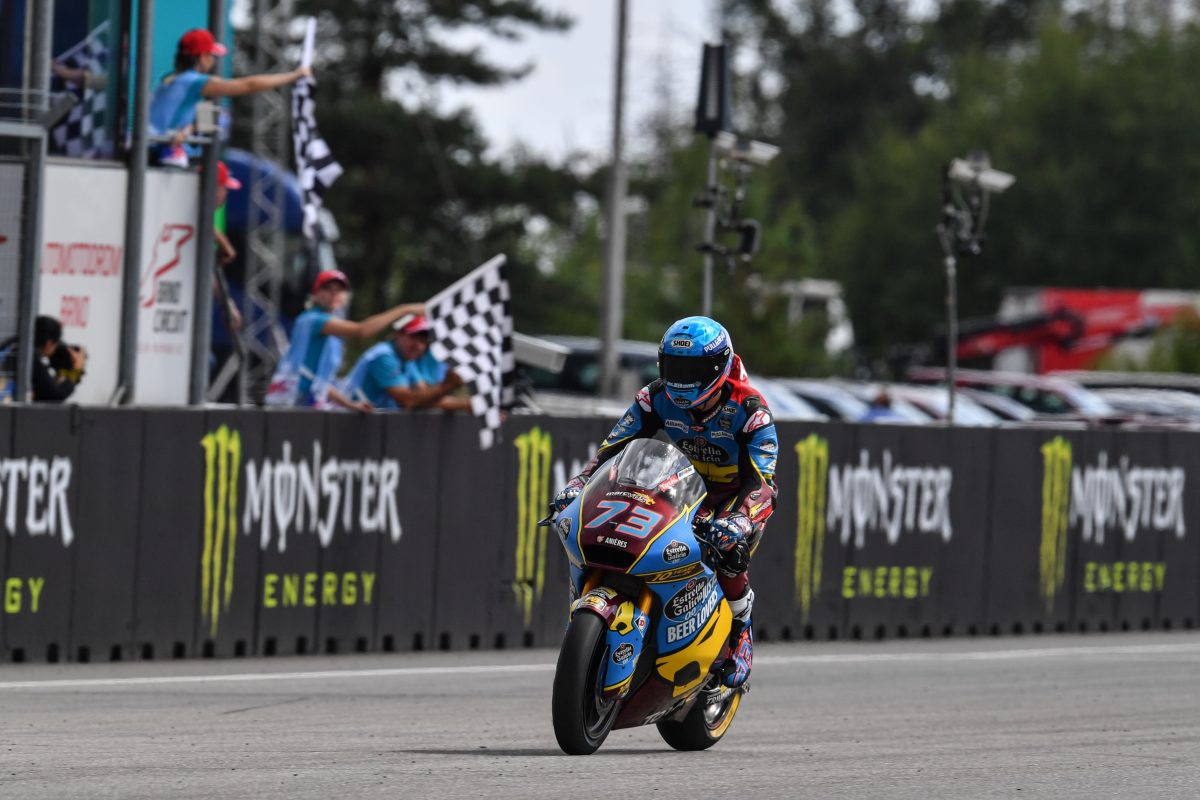 Alex Marquez has moved further clear in the Moto2 championship with a fifth win in six races, at Brno.

Marquez qualified on pole, lost top spot on the run to the first corner, but regained it two laps later.

The 23-year-old led the rest of way on his EG 0,0 Marc VDS and is now 33 points clear of nearest title rival Thomas Luthi (Dynavolt Intact GP Kalex), who crashed on Lap 4.

Remy Gardner (ONEXOX TKKR SAG Team Kalex) finished 16th having started 15th and run in the middle of the field throughout.

Austria is next on the calendar this coming weekend (August 9-11). 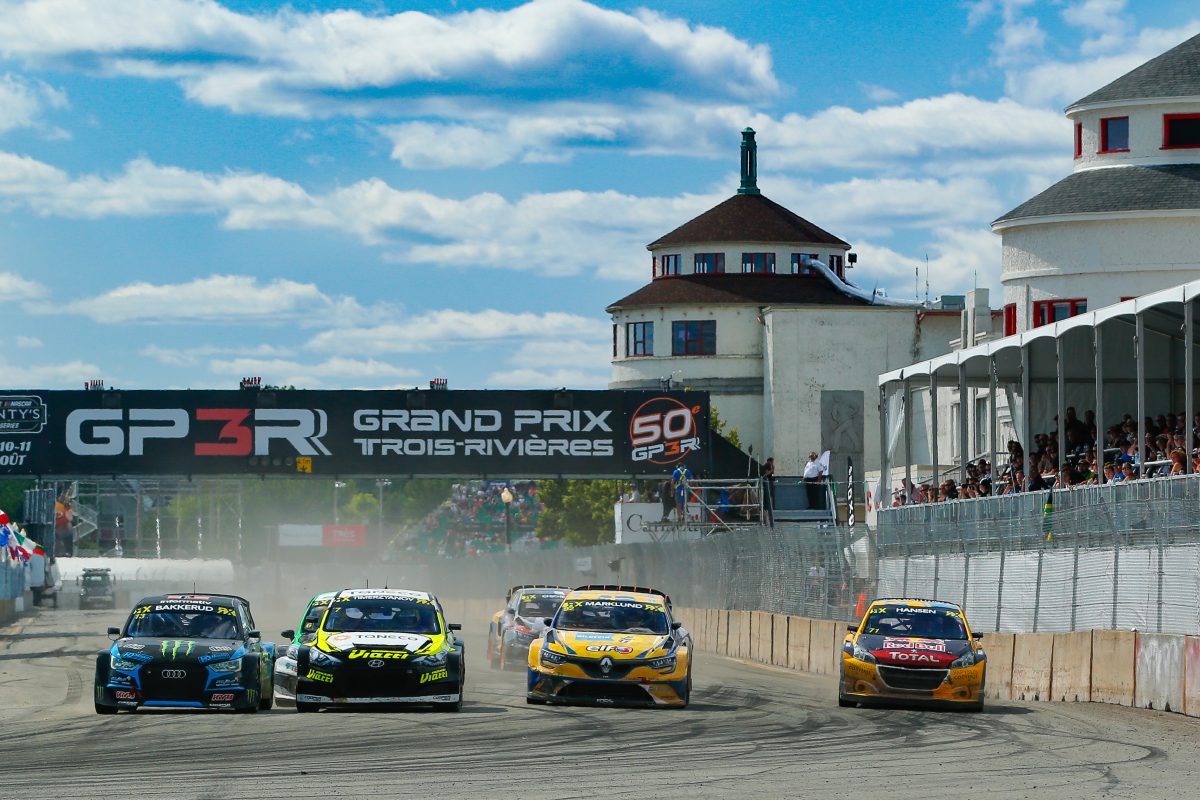 Bakkerud (Audi) scored his first victory since 2016 while Kevin Hansen (Peugeot) was disqualified from fifth position in the final after a clash with Anton Marklund (Renault).

Brother Timmy Hansen (Peugeot) also had a round to forget in Trois-Rivieres, missing the semi-finals due to damage sustained from contact in the qualifying heats and dropping to third in the drivers’ championship.

The next round is in France on August 31-September 1.

Next Story VIDEO: Relive the action from the 24 Hours of Spa