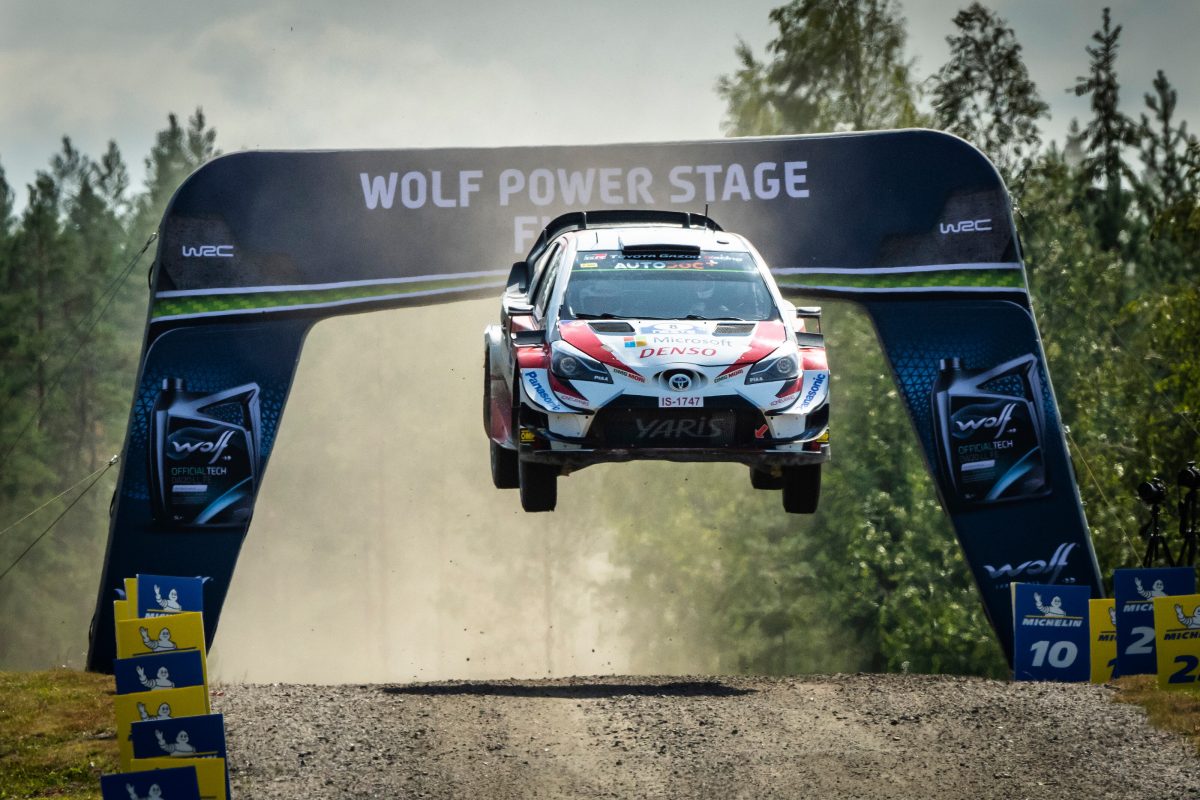 Tanak won the ninth round of the season by 25.6s from Citroen’s Esapekka Lappi and also edged Hyundai’s Thierry Neuville by 0.6s to claim the Power Stage.

By the end of Friday, however, it was Jari-Matti Latvala in another of the Toyotas on top as Tanak dropped to fourth.

Even so, he was only 2.6s off top spot with their team-mate Kris Meeke second and Lappi third.

Tanak took control of the event on the Saturday morning loop as Meeke and Latvala each hit rocks, the former suffering only a puncture but the latter having to retire with suspension damage.

Lappi could not match the pace of the #8 Yaris and by the end of the day he was 16.4s behind Tanak at the top of the leaderboard, with Latvala another 12.4s further back in third.

Tanak took another stage victory to start the Sunday and went on to win Rally Finland for a second year running.

“I would say that this is a perfect result to begin the second part of the season,” he said after the first rally since the summer break.

“I think it’s a great boost for the whole team and now we need to keep pushing.

“I focused on having a clean run through the first three stages (on Sunday), and then on the Power Stage I pushed.

“I tried to have a fast and clean run with no mistakes, and we were able to get the maximum points.”

Andreas Mikkelsen gradually rose to fourth overall and finished the Power Stage in third position in his Hyundai.

It was actually a close-run thing between he and Ogier, who was only 2.7s slower all told, while Neuville remains three points behind the Frenchman in the championship by finishing the rally in sixth.

Neuville trailed team-mate Craig Breen with two stages to go but the Irishman, who is making what is currently a one-off start for Hyundai, checked in late to Special Stage 22 to help the Belgian’s title hopes.

Meeke returned on Sunday but was ultimately a DNF having hit another rock, while Gus Greensmith crashed his M-Sport Ford into a tree on the final day.

The next round is Rallye Deutschland on August 22-25.