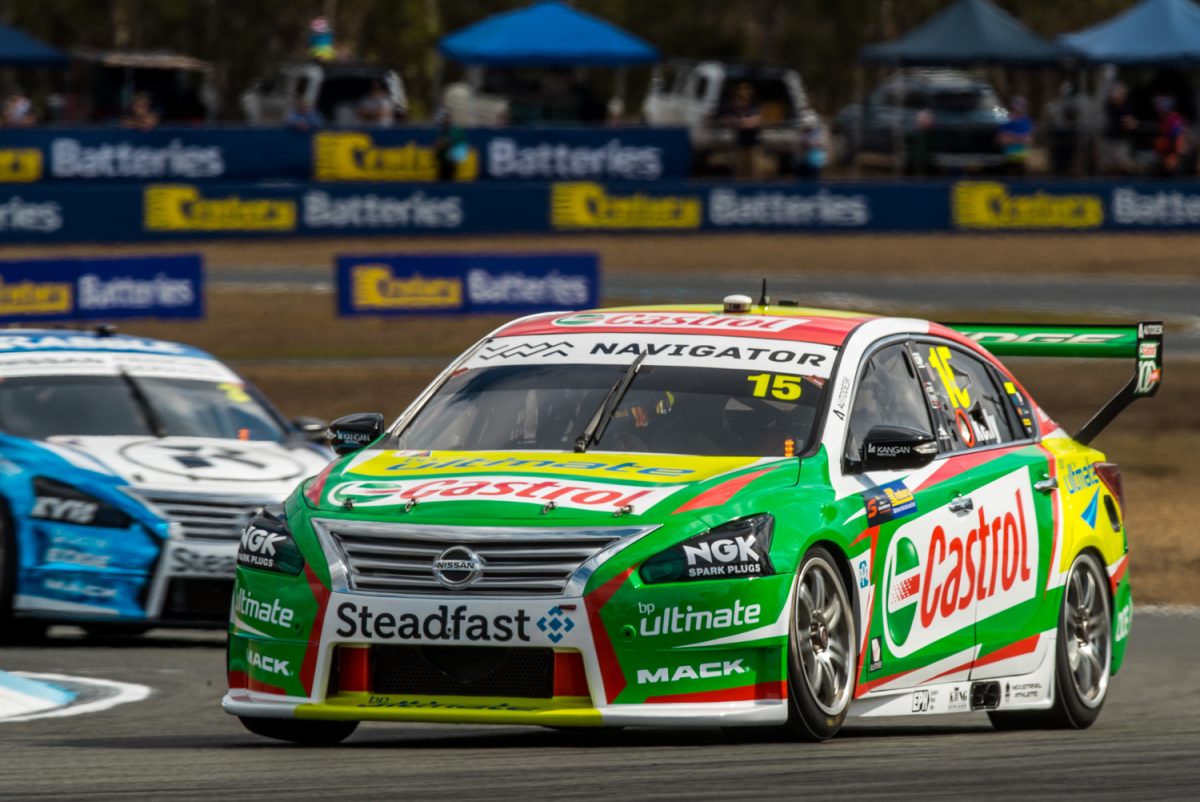 Supercars has approved changes to the Nissan Altima aerodynamic package ahead of this month’s OTR SuperSprint at The Bend Motorsport Park.

Kelly Racing presented a submission to the Supercars Commission based on CFD analysis, validated by on-track testing at Queensland Raceway last Monday in conjunction with the Supercars technical department.

As a result, the championship has given the green light for the team to trim its undertray and raise the height of bootlid Gurney flap in a bid to shift the car’s aerodynamic balance rearwards.

The changes come after the Altima’s aero was re-homologated during last December’s VCAT (V8 Supercars Aerodynamic Testing), resulting in modifications made to the splitter and rear wing Gurney flap.

It is not the first time the ageing Altima, that joined the category in 2013, has undergone aerodynamic tweaks with changes made in 2014 and 2015.

The tweaks will be completed in time for the next round of the Supercars Championship at The Bend from August 23-25 and arrive at a time when the team is assessing its car options for 2020.

Kelly Racing has endured a difficult season to date trying to extract the best from its Altima, with a podium at Phillip Island for Andre Heimgartner one of only nine top 10 finishes across the four cars after 20 races.

“We’re pretty happy with what we’ve been able to do to the car,” said team owner Todd Kelly.

“We’re not expecting to jump up 10 spots on the grid but it’ll certainly be a little bit better than what we’ve had and more importantly a little bit more tuneable.”

Supercars’ Head of Motorsport Adrian Burgess is hopeful the changes will offer the team a more workable platform.

“Kelly Racing asked for more time before making an adjustment and obviously we want them to make a positive adjustment,” said Burgess.

“It hopefully offers more of a workable platform for the drivers and engineers, opening up the set-up window.”

The aero changes are the latest in a raft of modifications that have been made to the cars this season.

Aero tweaks were made to the Mustang prior to the Pirtek Perth SuperNight in May, while the Holden ZB Commodore underwent an aerodynamic change at June’s BetEasy Darwin Triple Crown.