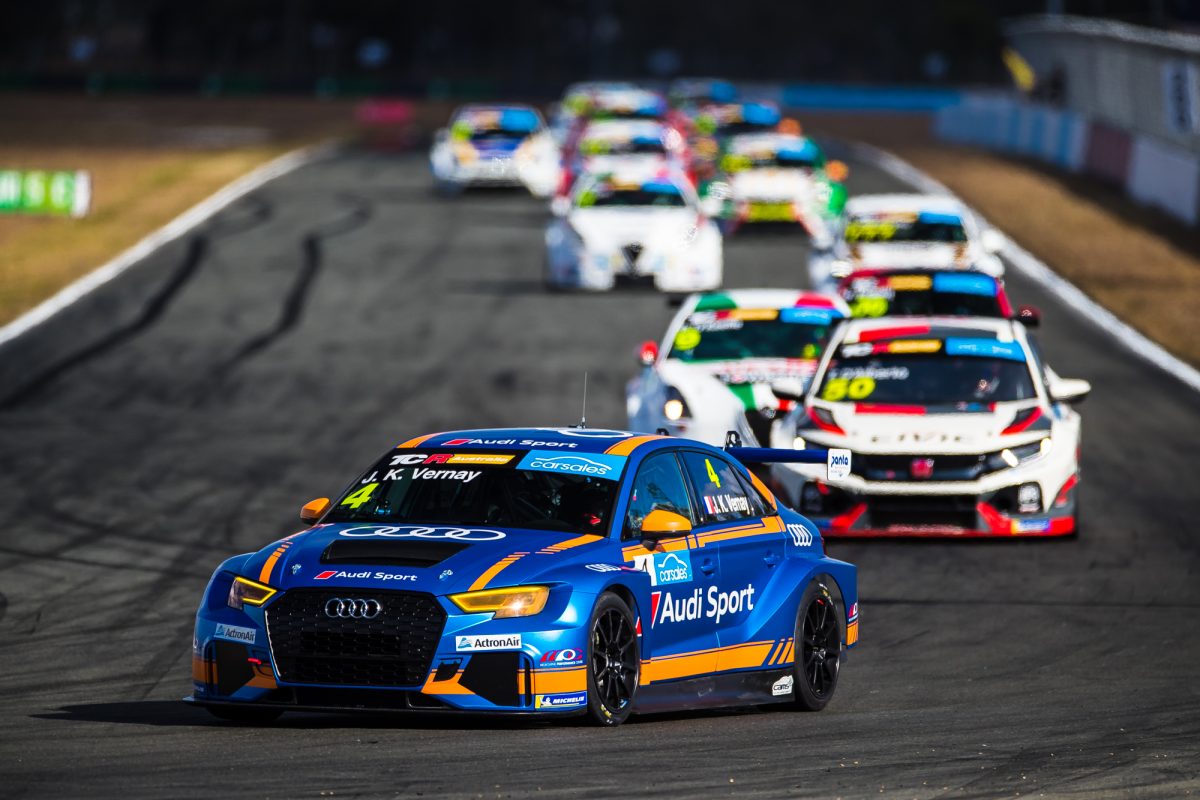 Multiple WTCR race winner Jean-Karl Vernay has been impressed by the depth of talent and competitiveness on display in TCR Australia.

The former 2017 TCR International Series champion has joined the TCR Australia grid this weekend in a guest appearance for Audi squad Melbourne Performance Centre in Round 4 at Queensland Raceway.

Having only arrived in Australia on Thursday, Vernay showed his class by scoring pole position for Race 1 on Saturday, which he comfortably converted into a lights-to-flag win.

However, the Frenchman was pushed hard in qualifying, taking pole by 0.0060s, while the top five, that included four brands of car, were covered by a tenth of a second.

An Audi regular in WTCR, the platform’s top tier, 31-year-old Vernay has been impressed by the competition in Australia and is keen to return in the future.

“First of all, for a series in its first year to have 18 cars is brilliant I will say, compared to other TCR series when there are 10 or 11 cars,” said Vernay.

“You just have to look at the qualifying to see that it is very, very close and it is good racing.

“There are many guys that have come from the V8 Supercars, so they are quick and good and we know that.

“I’m quite surprised about the gap, it is so close between each brand.

“In our championship, in WTCR, some rounds it is a weekend for Audi or Hyundai or Honda.

“Here to see Audi, Honda, Hyundai, and Alfa in the same tenths is pretty impressive.

“It is good and I would be happy to come back. It is nice to discover a new race track and championship.”

Vernay will be aiming to back up his Race 1 triumph when he starts from pole position in Race 2 at Queensland Raceway today, which is scheduled for 1315 AEST.

TCR Australia’s two, 21 lap races will be broadcast live on SBS and via the Shannons Nationals live stream carried by Speedcafe.com.