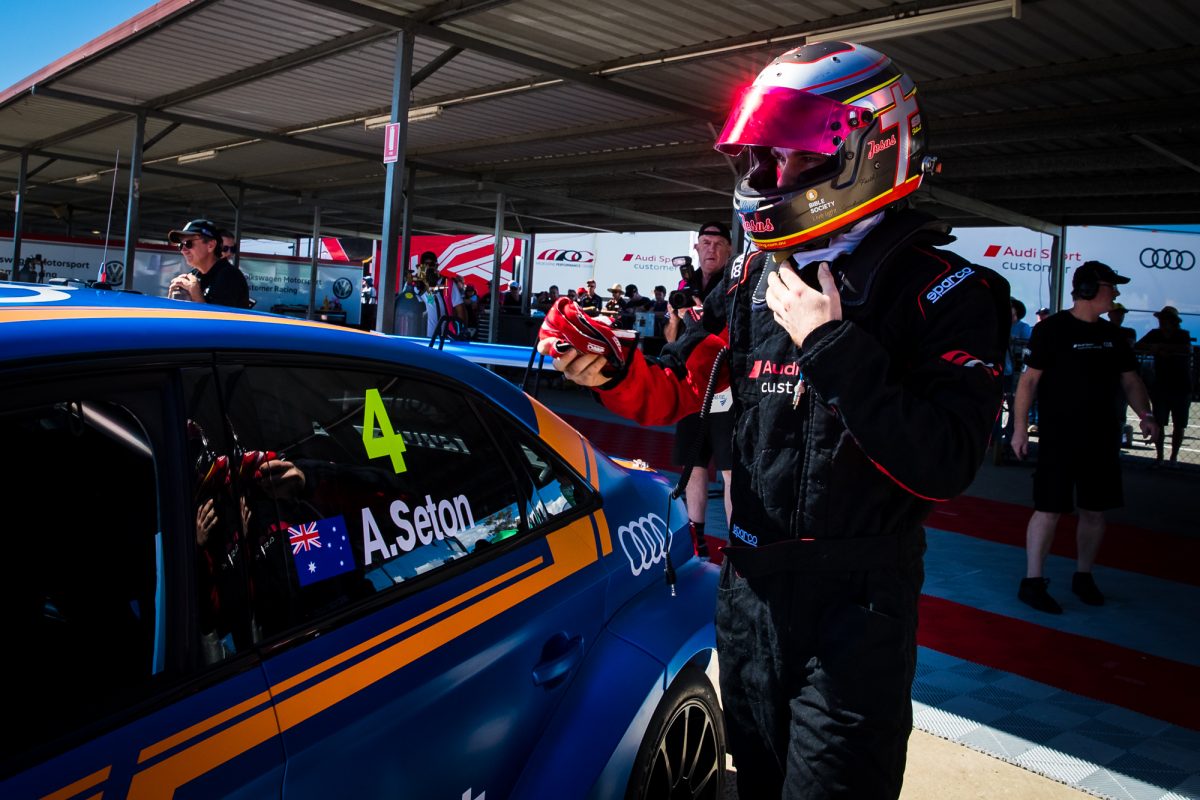 Aaron Seton has thanked drivers for lending him equipment to make a surprise TCR Australia debut as a replacement for WTCR star Jean-Karl Vernay.

The son of Australian touring car legend Glenn Seton was rapidly called into action after guest driver Vernay was unable to compete in today’s two races at Queensland Raceway due to illness.

While the 21-year-old had proof of a race licence, he was without a crash helmet, gloves, boots and race suit.

Luckily Wall Racing’s Tony D’Alberto was able to lend him pair of gloves while Production Cars driver Andrew Fisher, who was in action over the weekend, supplied a crash helmet and Audi team MPC provided a race suit.

All kitted up Seton quickly adapted to the front wheel drive Audi RS3 to finish 14th in Race 2 and 11th in Race 3.

“We actually only got to the track right before the pit lane opened and unfortunately Jean couldn’t drive because he was sick, but I got the opportunity and I really enjoyed getting out in the TCR car. It’s a great class and it’s a fun car to drive,” said Seton.

“I didn’t have anything actually. I was lucky to have a photo of my licence with me, but that was about it.

“I got some stuff off Tony D’Alberto and Andrew Fisher, and then some stuff from MPC.”

Unfamiliar with TCR machinery the DJR Team Penske mechanic throughly enjoyed his shock outing and is keen to make a return to the category.

“Yeah definitely, it’s a really good class and I really enjoyed the opportunity to get behind the wheel; being a bit of an aero car they’re good fun to drive,” Seton added.

“I’m really excited with how I did in the race. (I was) sort of being thrown a bit into the deep end, but, I really enjoyed it and I look forward to seeing what other opportunities come up.”

TCR Australia will head to Winton for Round 5 from August 31-September 1.