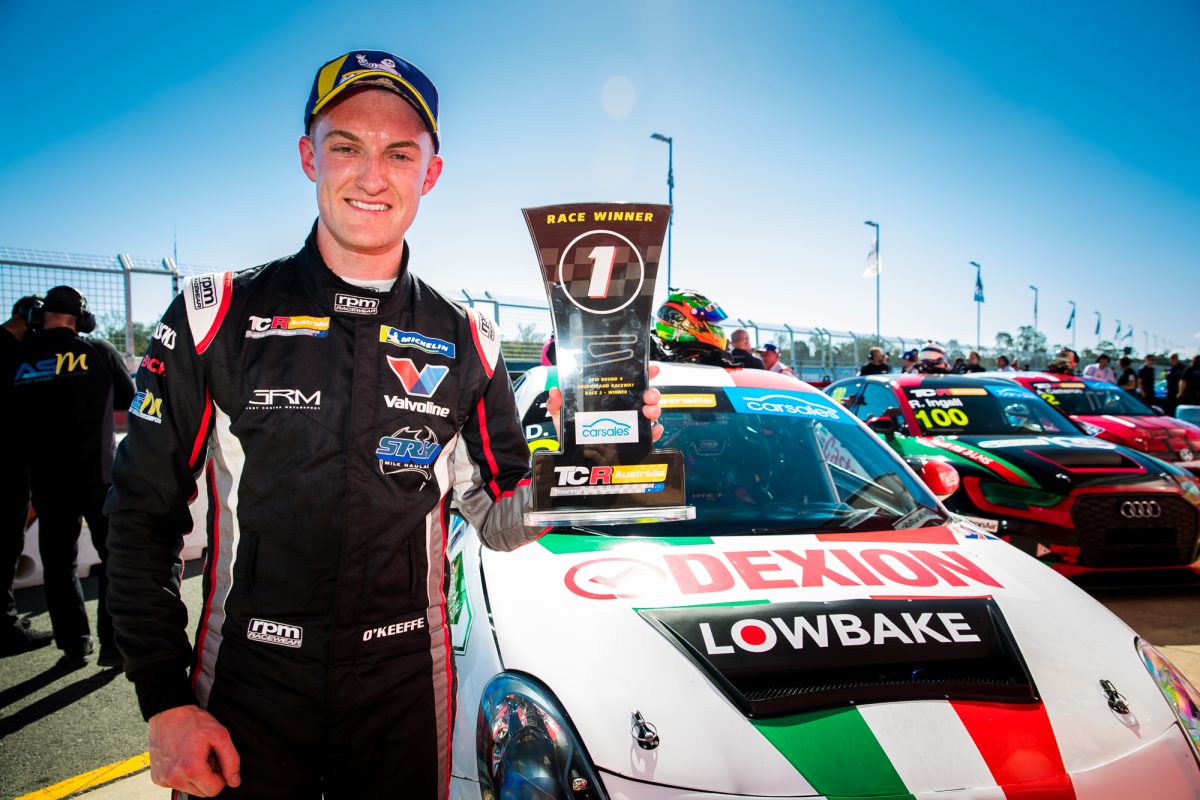 The Alfa Romeo driver proved untouchable for the second time today as the title contender took a comfortable win by 1.2s at the Ipswich circuit.

It proved to be another valuable triumph as series leader Brown (HMO Customer Racing, Hyundai) could only manage eighth spot, which saw his overall lead reduced to 55 points.

O’Keeffe fended off Ingall and D’Alberto on the run to Turn 1 to maintain his pole position advantage on the opening lap.

After starting from third, Aaron Cameron (Melbourne Performance Centre, Volkswagen) found himself shuffled down the order to sixth after a frantic opening lap.

Meanwhile, Brown managed to jump from 10th to seventh but quickly found himself embroiled in a battle with James Moffat (Garry Rogers Motorsport, Renault) for eighth.

The race settled into a rhythm at the front with Cameron the only driver, who made a significant gain mid-race by taking fifth from Jordan Cox (Garry Rogers Motorsport, Alfa Romeo), while John Martin (Wall Racing, Honda) moved to sixth.

Action was limited in the remaining laps with Moffat causing the only notable incident when he ran off the road at Turn 4 prompting a visit to the pits in the #34 Megane.

In the end, O’Keeffe took the win from Ingall and D’Alberto with HMO Customer Racing’s Nathan Morcom in fourth.

Aaron Seton, who was a surprise substitute for the ill Jean-Karl Vernay, finished in 11th position.

Elsewhere, Chris Pither (Garry Rogers Motorsport, Renault), failed to the make the start due to a turbo issue suffered in Race 2, while Molly Taylor retired her Kelly Racing Subaru after it sustained an oil leak.

TCR Australia will head to Winton for Round 5 from August 31-September 1.