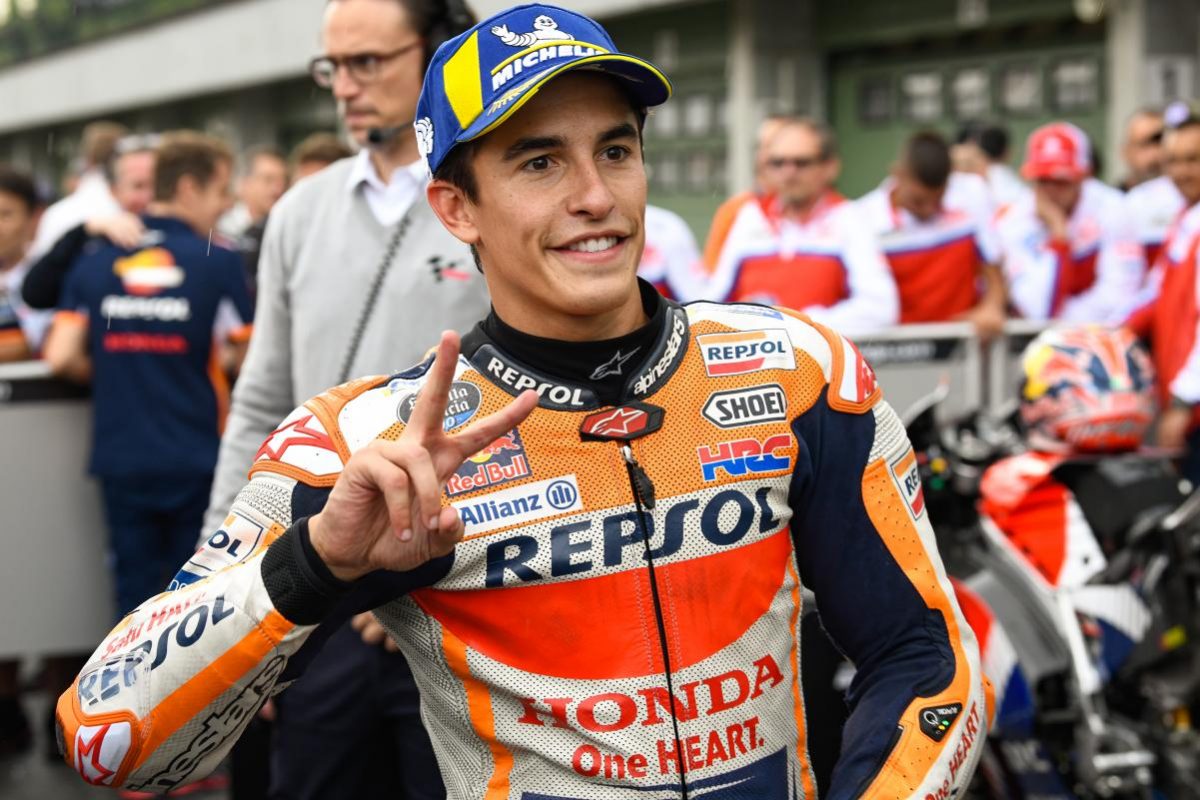 Marc Marquez and Jack Miller took slick tyres onto a wet-dry track to qualify first and second respectively for the Czech MotoGP.

Repsol Honda’s Marquez was in fact 2.5s faster than the rest of the field after an astonishing ride just as the rain returned to Brno.

Miller crashed his Pramac Ducati at the end of qualifying but it mattered not, while Johann Zarco came from Qualifying 1 to give Red Bull KTM Factory Racing its first front row start.

Earlier rain had left the circuit wet for Q1 but there were long sections of near-dry riding lines by the time the second 15-minute stanza had begun.

The top 12 all started on wets and after the first run it was Zarco with a 2:05.351s leading team-mate Pol Espargaro, the other rider to come from Q1.

Marquez was quickly onto slicks and while his second flyer of the session was almost a second slower than his first, on wets, that may have been at least in part due to catching Fabio Quartararo midway through the lap.

Andrea Dovizioso’s Mission Winnow Ducati was again on wets for the Italian’s second run and he moved to second spot, within a quarter of a second of Zarco’s then-benchmark.

Miller, meanwhile, had gone to a 2:05.277s on slicks and looked good for the middle of the front row.

The Queenslander was personal best to the third sector next time around but asked too much of his bike in the slippery conditions and went down at Turn 14.

He was not going to knock Marquez off, however, and Zarco, who kept the same wet tyres on his KTM, could not go any faster.

Of those who did switch to slicks, Marquez and Miller were ultimately the only two riders who improved their times, while the former has now matched Mick Doohan’s record of 58 premier class pole positions.

The latter was involved in a stoush of sorts with Marquez during their first runs when they hit at Turn 7 as the Suzuki rider tried to go down the inside of the #93 Honda.

Marquez went back under Rins as they entered the pits at the end of the lap, then pushed him as he appeared to be crowded for space as they rode down the lane.