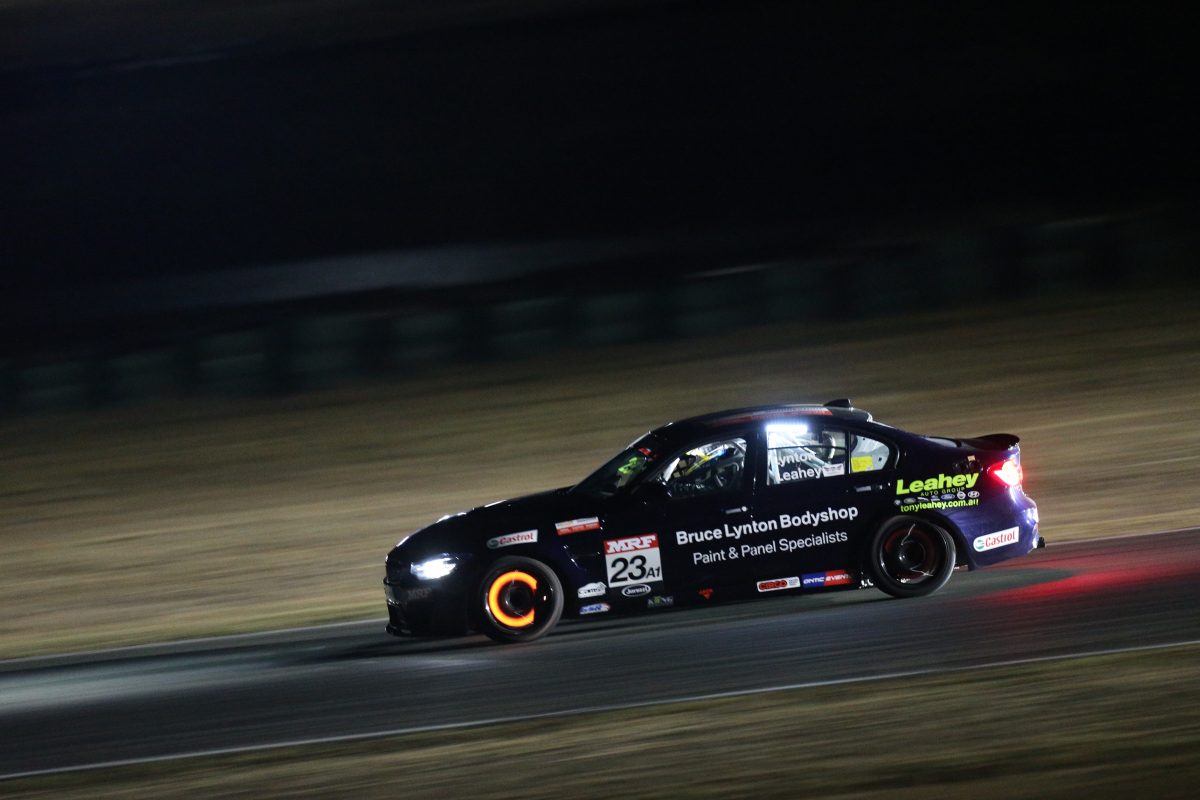 Beric Lynton and Tim Leahey claimed their second MRF Tyres Australian Production Cars Fight in the Night win in as many years in Round 3 at Queensland Raceway.

The #23 BMW M3 had a lights-to-flag performance in the 300km endurance night race, only relinquishing their lead in the compulsory pit stop sequence.

It marked the entry’s fourth victory in the last five Fight in the Night races.

Their race was not without drama, however, running most of the more than two-hour hit out without a rear windscreen after it shattered during a pit stop.

They also came under pressure from the #18 Sherrin Racing BMW M4 of Grant and Ian Sherrin before their car suffered ECU problems on the front straight and had to be towed back to the garage.

Lynton and Leahey crossed the line ahead of the A2 class winning #25 Ford Mustang of Coleby Cowham and Lindsay Kearns, with the Anthony Soole/Andrew Fisher-driven #4 BMW M4 in third.

In fourth outright was the AM1 class winning #64 Holden HSV VE of Chris Lillis and Nathan Callaghan, while the B1 class winning #66 Subaru WRX Sti of Dimitri Agathos and Matthew Boylan completed the top five outright.

“It was good to get another win at night time, I don’t know why but Tim and I do all right at this race,” said Lynton of Race 1.

“The boys have worked hard, Aaron has prepped the car well and in the two pit stops they got it right.

“The Sherrins had an issue which gave us a bit of a buffer but the car ran well, it was strong.

“The rear window missing didn’t cause us any issues, it wasn’t too bad actually, just a bit louder from the exhaust but other than that it was all good.”

Lynton and Leahey doubled up, taking out Sunday’s second 300km race in daylight to wrap up Round 3.

Round 4 for the Australian Production Car series takes place at Sandown from September 20-22.