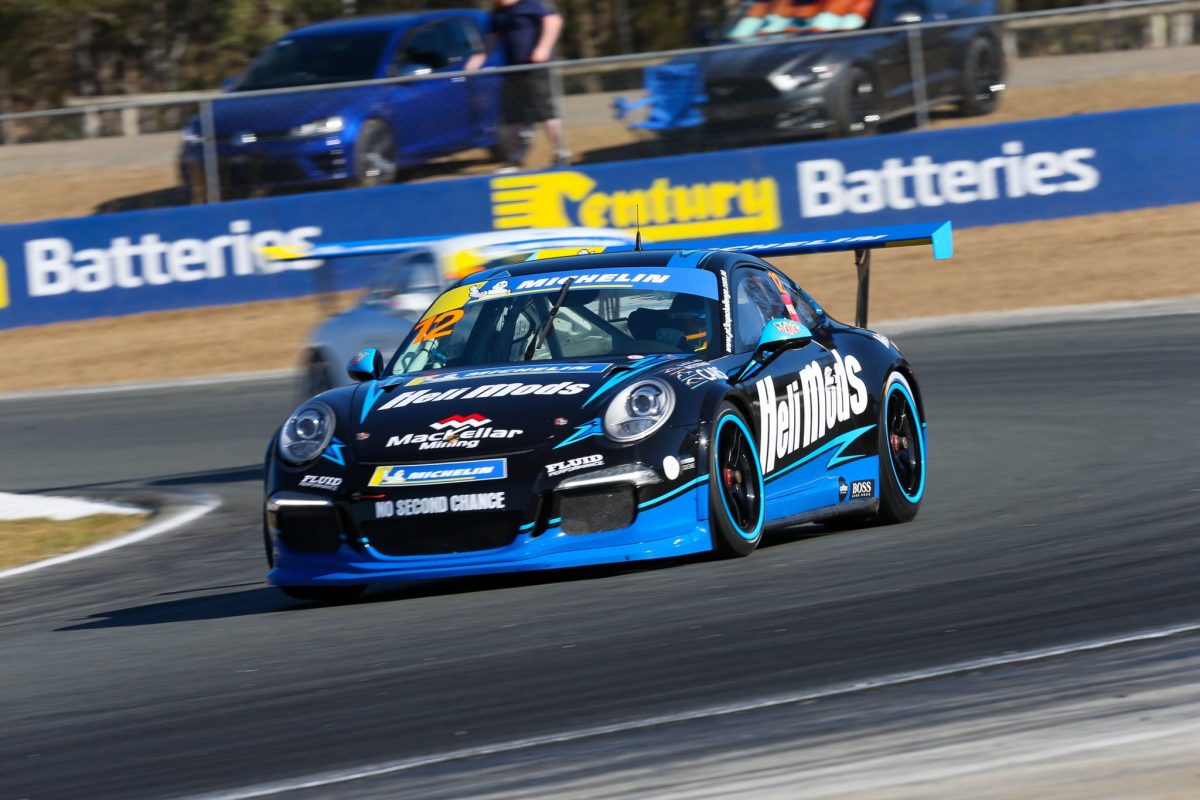 Max Vidau outstandingly charged from the back of the field to finish fourth in the 12-lap encounter.

Jones held his lead on the run down to the first corner, but there was an early Safety Car after an incident at the start.

Graham Williams and Matt Belford made contact off the line and slammed into the pit wall, forcing both cars out of the race.

When the restart came on Lap 6 Pancione immediately attacked Jones for the lead, just about completing the move at Turn 3 before having to yield on the outside of Turn 4.

Ryan Suhle began putting pressure on Aaron Love for third, the pair going wheel-to-wheel for a number of laps.

After scything his way from the back, Vidau cleared Tom Taplin for fifth on Lap 10 and then started to reel in the top four.

On the last lap, Suhle barged past Love at Turn 4 to move up into third, with Vidau getting through for fourth as well.

Pancione had a look around the outside of race leader Jones at the final corner and tried to get the run out the turn, pulling alongside on the main straight.

It was not enough, however, as Jones won by 0.1s over Pancione at the flag, while Suhle held off Vidau at the final corner to claim third and fourth respectively.

Love ended up fifth after losing the two positions on the last lap.

Round 5 for GT3 Cup Challenge takes place at Sandown Raceway from September 20-22.