Heimgartner withdrawn after another engine drama

Heimgartner withdrawn after another engine drama 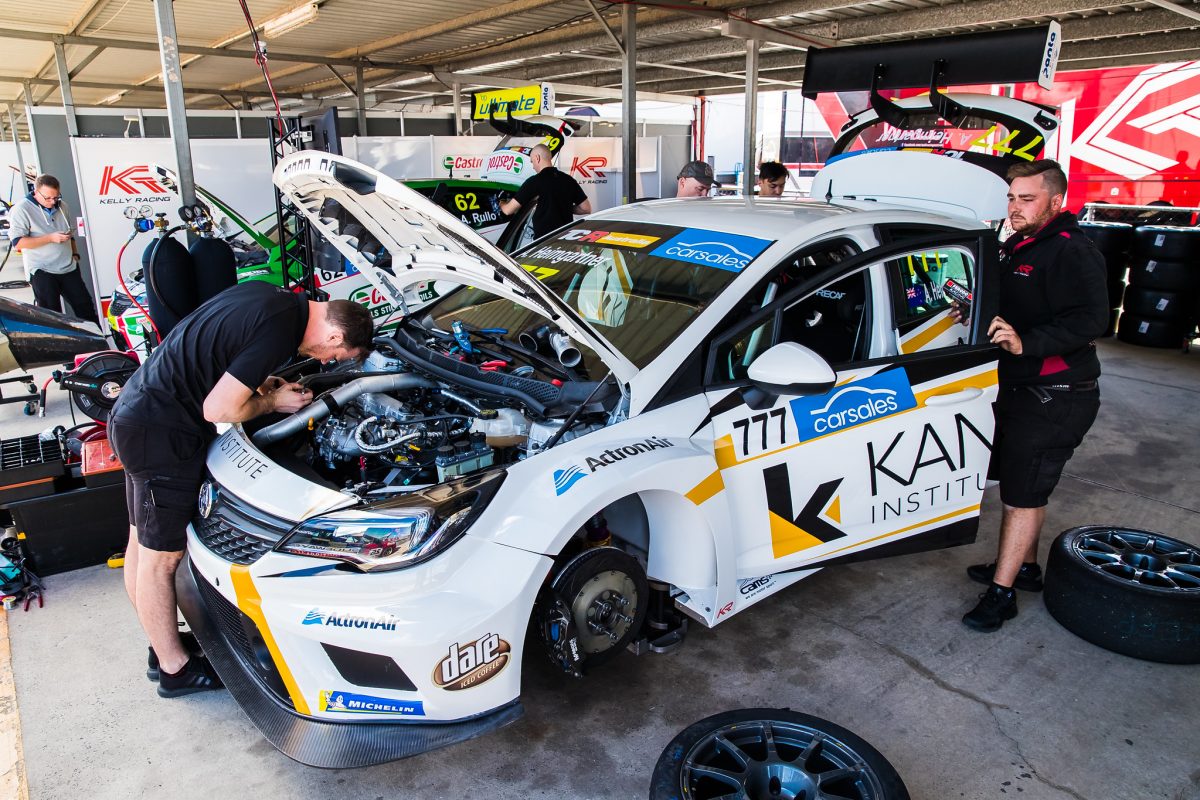 Andre Heimgartner has been withdrawn from today’s two TCR Australia races at Queensland Raceway due to an engine issue.

The Kelly Racing driver was running a strong fifth in Saturday’s race in the #777 Opel Astra before an oil pressure problem forced the Kiwi to grind to a halt towards the end of the 21 lap race.

Ironically Heimgartner had moved to the Astra usually driven by Chelsea Angelo after his Subaru suffered an engine failure at The Bend Motorsport Park, which forced the team to withdraw the New Zealander from the Sunday races.

This weekend the team had flown an engineer out to Ipswich from Germany to help resolve a number of engine issues with its Astra TCR machines.

Under TCR regulations, engines are sealed which has hampered the squad’s attempts to fix what could be a minor issue.

Without a spare engine at its disposal the team has been forced to withdraw Heimgartner’s entry.

“We’ve had a German engineer over helping out, because we’ve had three or four wiring looms on the cars since we’ve had them,” said Kelly Racing team owner Todd Kelly.

“We’re getting on top of the electrical issues, but then Andre’s car had an oil pressure problem in yesterday’s race, which was a real shame because we started to show a bit of potential there.

“If it was a normal Supercars situation we would have had the engine all over the floor last night, found the problem and then fixed it.

“But because the engines are sealed you’re not allowed to open it up and do anything.

“You can’t touch it. It’s frustrating. We don’t have a complete spare engine for the cars, so we’ll have to get one air freighted over for the next round.

“It’s frustrating, because it’s probably something simple and easy to fix if we were able to get to it. So Andre’s had to get on a flight on Saturday night for the second weekend in a row.”

Despite the disappointment, Kelly is confident the outfit has made progress in resolving the gremlins with its Astras.

“Everything in the engine and the wiring, to fix the issues we’ve been having we can’t access,” Kelly added.

“It’s difficult from the other side of the world. He’s been saying ‘if I was there I could open it up and tell you straight away what the problem is’.

“So unfortunately we had no choice but to fly him and his laptop out from Germany to plug into the car and tell us.

“We’ve isolated where we think the problem in the wiring loom is now, so we can go back and make modifications and hopefully fix that for good.

“Once we get through these teething problems, the cars should be bullet proof. But we’re quite remote over here for support.

“Other than that, they’ve been rock solid. It should be a matter of wiping the rubber off, checking the oil and going home early, but that’s certainly not the case.”

In regard to Heimgartner’s regular Subaru TCR entry, Kelly believes a new engine has arrived but is considering its options with its pair of WRXs for Heimgartner and Molly Taylor that have also been plagued by niggling problems this year.

“I think an engine has just arrived a the factory. But there’s been quite a few issues with that car, and because it’s homologated we can’t go and fix it,” said Kelly.

“So we’re almost at the point where we need to decide whether we just start fixing the car and run it not for points, or try and patch it up and go again.

“But it’s a high workload, you need to take a lot of bandaids to an even at the moment with those cars.

“Molly can’t do the last few round because they clash with rallies, so it might all fall into place that Andre jumps into that car. We’re not sure yet.”

Meanwhile, Chris Pither is set to return to action today after missing Saturday’s Race 1 with an engine issue that emerged after qualifying.

Garry Rogers Motorsport was unable to fit a spare engine to the #33 Renault Megane in time for the race, but it was able to conduct an installation lap yesterday afternoon to ensure the car is ready to return to the grid.