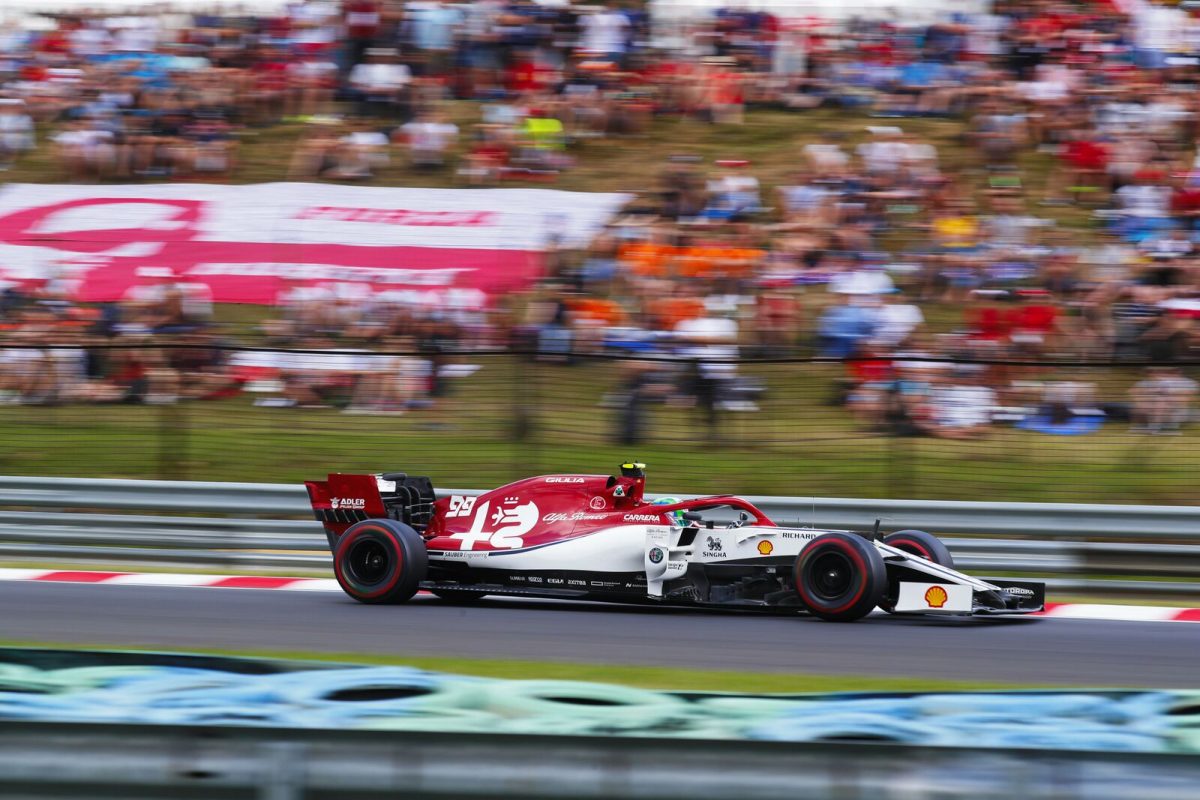 Antonio Giovinazzi has been handed a three-position grid penalty for impeding Lance Stroll in qualifying for the Hungarian Grand Prix.

Giovinazzi had provisionally put his #99 Alfa Romeo 14th on the starting grid at the Hungaroring but is now set to start 17th, alongside Renault’s Daniel Ricciardo.

The Italian had been circulating below qualifying pace when Stroll closed in on him at Turn 5 and had to abandon a flying lap, with the #18 Racing Point driver ultimately ending up 19th.

“Notwithstanding the fact that the team incorrectly informed the driver of car 99 that he was ‘in phase’ with car 18, when in fact car 18 was on a push lap, it is the driver’s responsibility to ensure that on an in lap, he makes all reasonable endeavours to watch for following cars that are on a push lap and to ensure they are not impeded,” read the stewards report.

“It was noted that car 99 was shown a blue flashing light halfway between turns 3 and 4. Telemetry and GPS data confirmed that car 18 lost considerable time through the section of track involved.

“The Stewards believe the driver of car 99 could, and should, have moved from the racing line prior to Turn 4. Accordingly, the driver unnecessarily impeded car 18.”

Giovinazzi’s penalty, which also includes one penalty point on his Super Licence, is for now the only change to the starting grid.

Red Bull Racing’s Max Verstappen achieved a maiden Formula 1 pole for the 12th race of the season, which starts tonight at 2310 AEST.