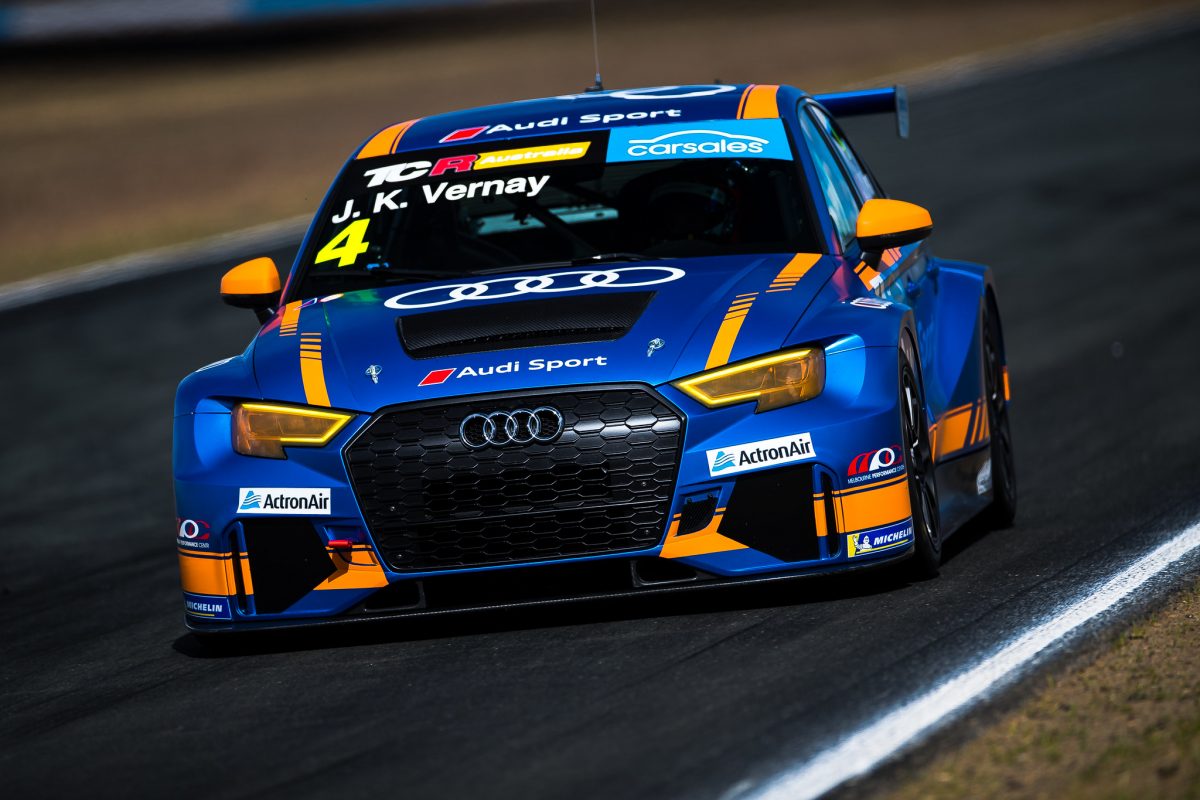 The 30 minute hit-out saw four drivers enjoy spells at the top of the timesheets but it was 2017 TCR International Series champion Vernay, who took pole by 0.0060s, while the top five were covered by 0.1s.

The Frenchman returned to the top spot with two minutes remaining with a 1:12.94s effort.

Martin was left to settle for second with series leader Brown in third only 0.04s shy of the Audi driver.

Having set the pace early on, O’Keeffe will line up for this afternoon’s race in fourth.

Former Supercars champion Russell Ingall enjoyed his most competitive session to date to secure fifth on the grid, just a tenth adrift of the pace in the Castrol-backed #100 Audi RS3.

Tony D’Alberto was sixth in the #50 Wall Racing Honda Civic Type R ahead of the Volkswagen Golf of Aaron Cameron.

The series’ inaugural race winner Jason Bright was late to venture out in the session after his Alliance Autosport Volkswagen suffered a gearbox issue.

After joining the session with 15 minutes remaining, the former Supercheap Auto Bathurst winner went on to claim 15th spot.