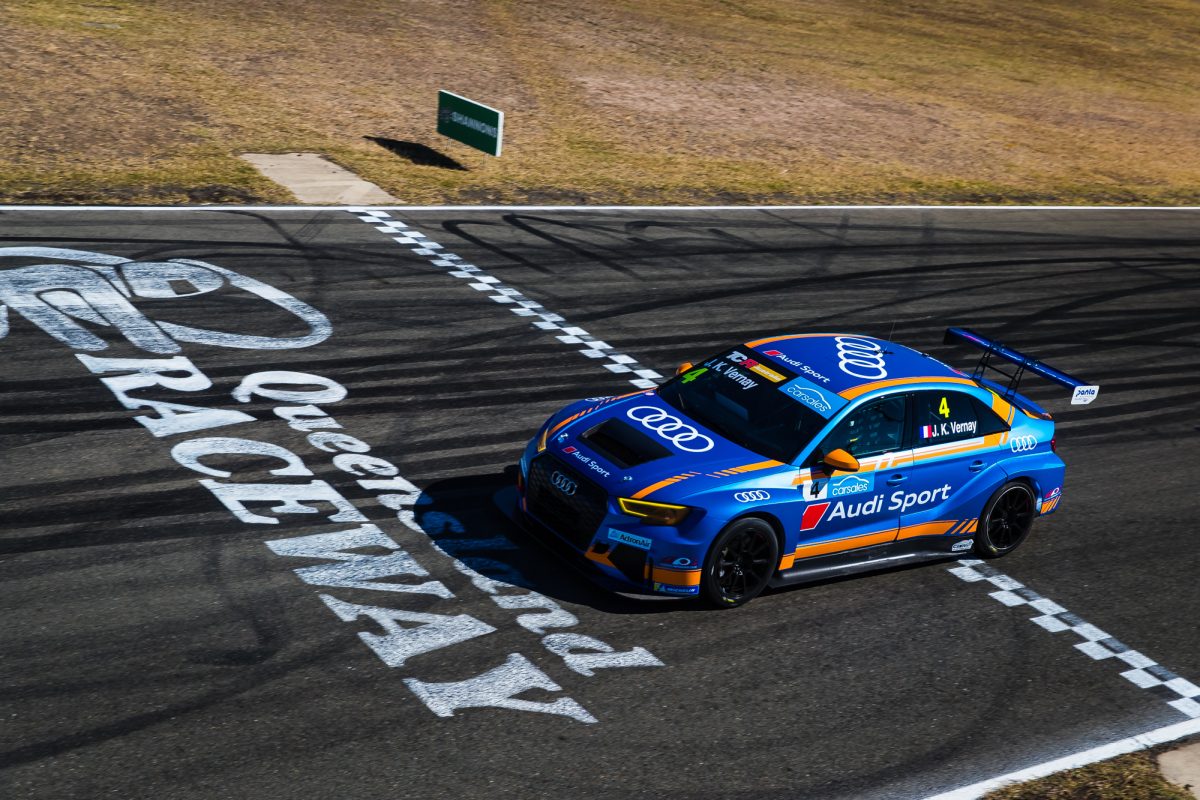 Jean-Karl Vernay produced a faultless lights-to-flag drive to take out the opening race of TCR Australia Round 4 at Queensland Raceway.

The WTCR star was hardly challenged through the 21 lap journey that included a brief Safety Car period as he went on to score a commanding win in the #4 Melbourne Performance Centre Audi RS3.

Vernay made no mistakes from pole as he led the field into Turn 1 from John Martin (Wall Racing, Honda) while Will Brown (HMO Customer Racing, Hyundai) and O’Keeffe fought over third.

A frantic opening lap ended with series leader Brown running wide at Turn 6 which resulted in the Hyundai driver returning to the pits before rejoining the race a lap down.

The series leader was subsequently black flagged for having short cut the circuit on his way back to the pits with a puncture.

Action continued with Martin enduring an off track excursion at Turn 4 that saw his Civic return at the back of the field with smoke coming from the rear.

The incident began with contact from Brown at Turn 6 on the previous lap which punctured his rear tyre.

The race was soon neutralised with the Safety Car deployed due to debris at Turn 6.

Once racing resumed, Vernay quickly opened up a gap over D’Alberto, who managed to avoid the drama to scythe his way from sixth to second.

Meanwhile out front, Vernay continued to build a comfortable lead with all eyes on the battle for second between D’Alberto, O’Keeffe and Ingall.

As the race progressed there was more drama to unfold as Heimgartner suddenly lost power and retired from a hard fought fifth.

Moments later D’Alberto made an error at Turn 1 and dropped back to fourth allowing O’Keeffe into second and Ingall onto the podium in third.

The top three positions remained until the chequered flag.

Brown eventually took the finish in 16th more than a lap down but maintains his series lead although his advantage has been cut.

Chris Pither failed to make the start due to an engine problem with his Garry Rogers Motorsport Renault Megane.