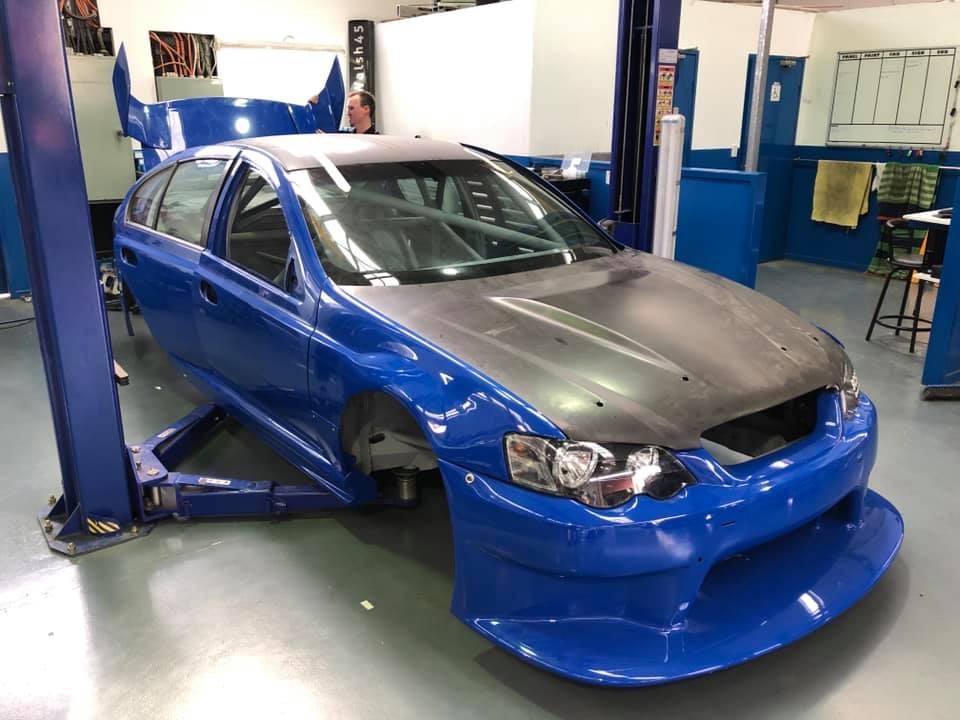 The former Marcos Ambrose title winning Falcon is in the process of being repainted pic: Matt Stone Racing

The restoration of Marcos Ambrose’s iconic Stone Brothers Racing Ford Falcon is expected to be completed later this year.

Former SBR team owners Ross and Jimmy Stone commenced the project of restoring a pair of BA Falcons driven to Supercars titles from 2003-2005 by Ambrose and Russell Ingall in 2017.

The championship winning cars were two assets kept by the Stone brothers following the sale of their team to Erebus Motorsport in 2013, with the chassis having sat in a corner of a workshop awaiting restoration.

This week Matt Stone Racing, the squad run by Jimmy’s son Matt, revealed an update of the progress on Ambrose’s car which is nearing completion.

The chassis, known as BA2, which guided Ambrose to back-to-back Supercars crowns in 2003 and 2004 has recently been beam blasted and undergone minor repairs and modifications to ensure the car is back to its contemporary specification. 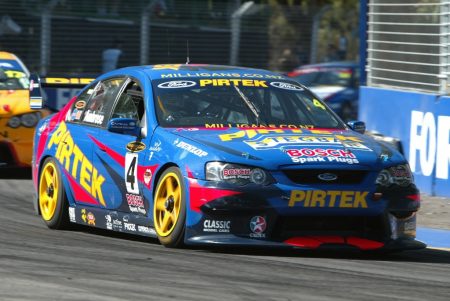 It is now in the process of being painted before heading to Ross Stone’s Gold Coast workshop for completion, although the livery it will display is yet to be decided.

Ambrose’s replacement James Courtney reverted to the car after a major crash early in his debut season in 2006, before it moved into the Super2 series.

“When Jimmy and Ross moved out of Stone Brothers Racing and sold it to Erebus, one of the things they kept was the Ambrose and Ingall cars and they have had them for years just sitting in the corner and now they have decided it is finally time to get around to restoring them,” Matt Stone told Speedcafe.com.

“They are starting with the Ambrose car which will be ready later this year.

“The process has started at our workshop and we have got the chassis beam blasted and it’s been through the fabrication shop and any damage from last time it was raced has been repaired.

“Any newer spec parts that have been added on after the Ambrose era have been converted back and now it is starting to go through the paint process.

“Once the chassis is painted it will go to Ross’s shop and he is going to start to put it back together.

“I’m not sure what livery it will be put back to, that is entirely up to Jimmy and Ross.”

It is understood that once the car is restored it will be put up for sale and is expected to attract plenty of attention.