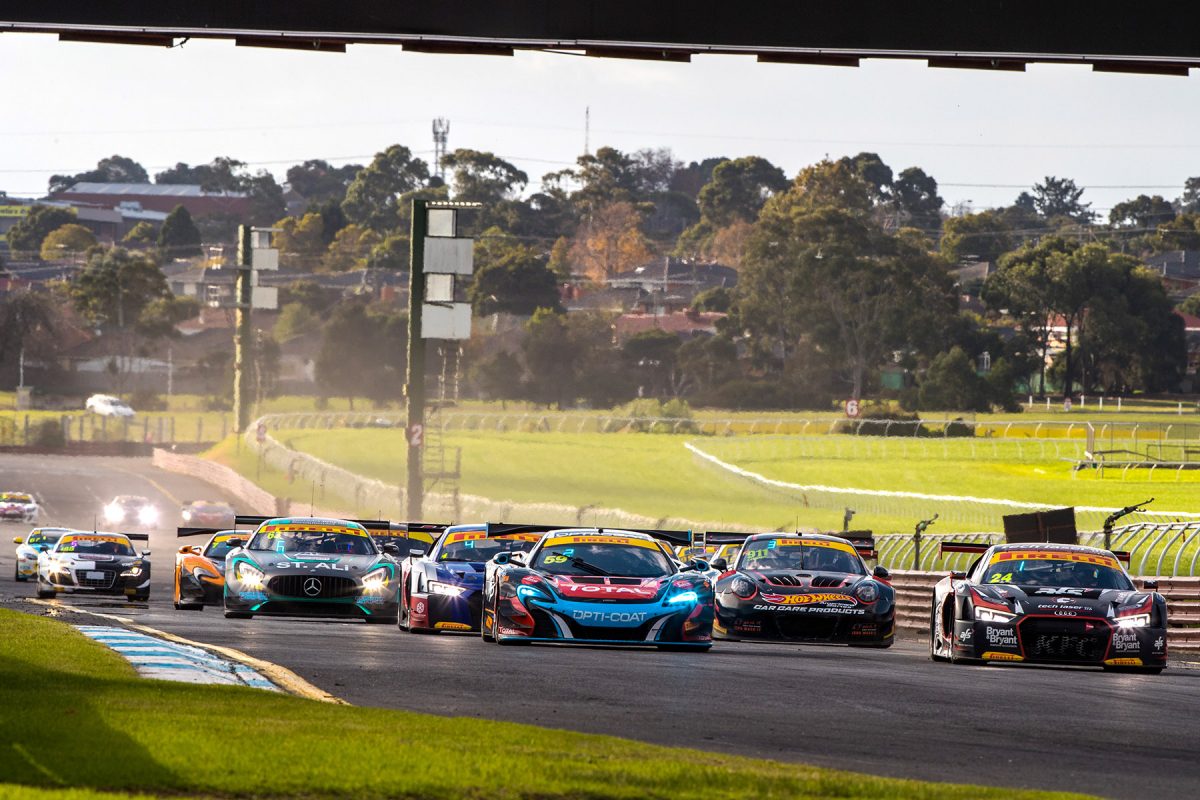 Australian GT has made radical changes to the formats for its two Sandown rounds, splitting Round 5’s three-hour endurance race into three separate one-hour affairs and allowing Pro drivers to compete in the season finale.

The changes come after Speedcafe.com revealed last month that Australian GT competitors held a meeting with category management at the last round at The Bend Motorsport Park to discuss fears over the current state of the series.

Only 10 cars fronted in South Australia for the three-hour endurance round, with competitors pushing for management to take action and address the worrying decline in numbers.

After a review, Australian GT has decided to split the proposed single three-hour race into three one-hour races for Round 5 at Sandown.

Subsequently, mid-race refueling will be dropped and potentially tyre changes, reducing costs for competitors, whilst also allowing single-driver entries for Round 5 (September 20-22) and Round 7 (November 8-19).

Pro-rated drivers will also be allowed to enter in the final Sprint round, a reversal from the category’s ban of professional drivers in its Sprint events at the start of the year.

Competitors that contest both Sandown events will receive a 25 percent reduction in their entry fees if paid before August 22, according to Australian GT Category Manager David Vervaart.

“There had been a lot of ongoing discussions over the last few months with all the stakeholders – including CAMS and the Competitors – to address entry numbers for the endurance events,” Vervaart explained.

“Round 5 will now be three one-hour legs, which can allow competitors that don’t have refuelling facilities to compete, whilst also allowing single driver entries to contest the race alone, something which has already proven popular amongst competitors that have been sitting on the sidelines during the endurance rounds.

“Bang for your buck, the Sandown GT Cup presents fantastic value and Competitors that elect to contest both Sandown events will receive a 25 percent reduction in their entry fees if paid before 22 August.

“Essentially, you pay 75 percent of the two-event fee and get more than seven and a half hours track time – five of that is racing alone.”

Australian GT also announced it would scrap compulsory timed pit stops from next season as part of a number of changes to the category for 2020.