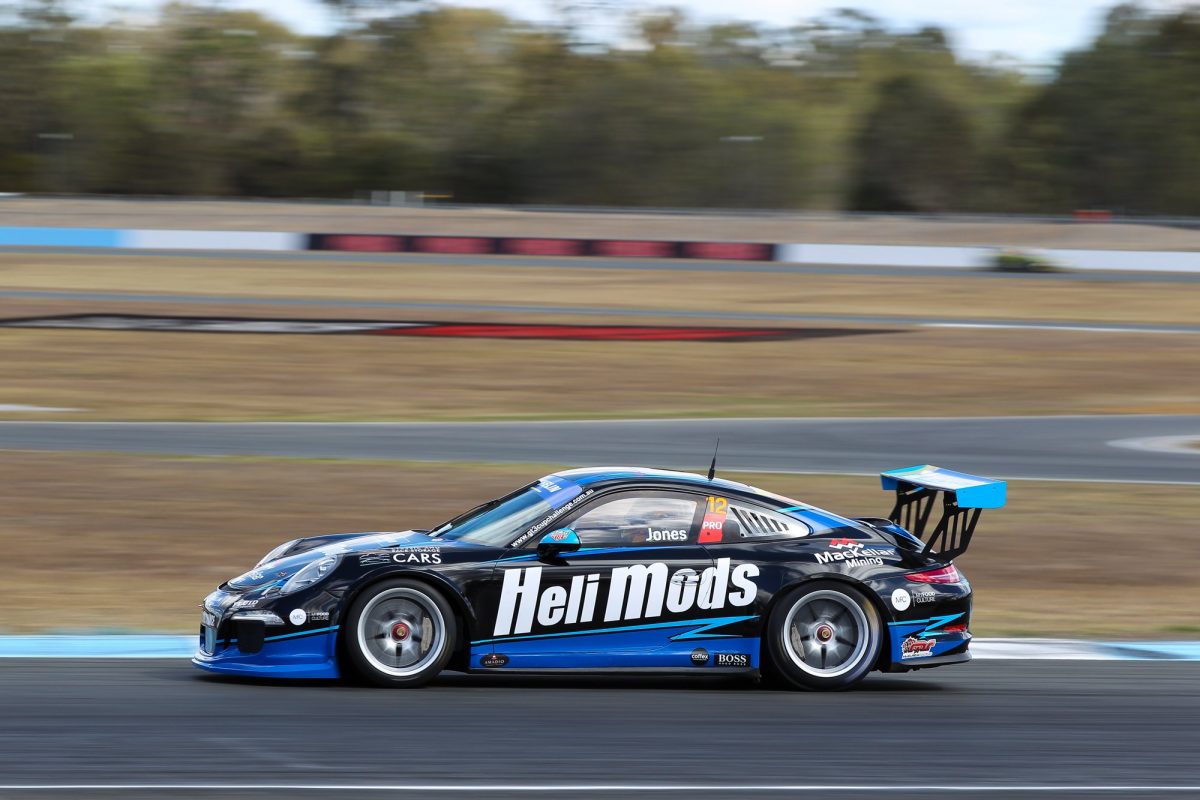 Series leader Jones took over the top spot in the 33-lap endurance race after Vidau slowed on Lap 21, the former then survived a late Safety Car restart to claim victory in the category’s milestone race.

Jones got the over-and-under on Vidau through Turns 1 and 2 and emerged on the back straight in the lead at the start.

Vidau had a look around the outside and down the inside at Turn 3 on two separate occasions, though remained second.

On Lap 9 there was a change for the lead when Vidau got his nose in on the inside at Turn 5, with Jones sliding wide onto the exit kerb and enabling Vidau to squeeze past.

Vidau slowed on the back straight on Lap 21 as Jones darted out from behind to take the lead, running wide at Turn 6 and leaving room for Christian Pancione to swoop through.

Jones spectacularly re-took the lead around the outside at Turn 1, before Vidau stopped on track with what was reported as a fuel issue.

A late Safety Car resulted in a restart with three laps to go, with Jones holding his own until the chequered flag.

Ryan Suhle passed Aaron Love for third on the last lap having started towards the rear of the grid after incurring steering damage in an opening lap skirmish during Race 1.

While the dram Vidau in Race 2, he took the spoils in the day’s earlier heat.

At the start of Race 1, Vidau swept into the lead around the outside at Turn 1 from the second row of the grid, with Jones slotting into second ahead of pole-sitter Pancione.

The battle between the top three closed up after an early Safety Car, with Vidau and Jones making contact on the exit of Turn 3, allowing Pancione to get past the latter for second.

Pancione put pressure on Vidau for the lead on the final lap, but stepped sideways at the last corner and gave Jones a gap to out-drag him to the line.

Vidau’s margin was 0.6s, followed by Jones, 0.03s in front of Pancione, while Cameron Crick and Brett Boulton completed the top five.

The third and final race for GT3 Cup Challenge takes place on Sunday at 0940 AEST.