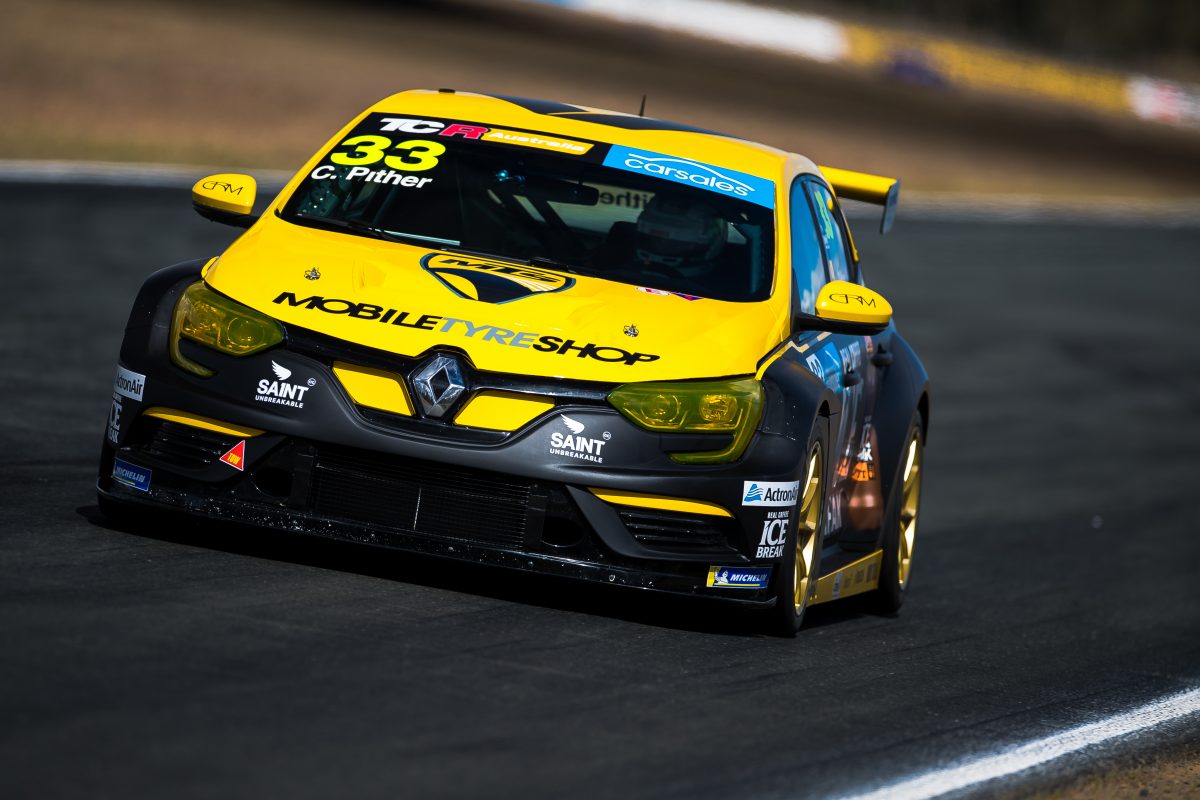 An engine problem is set to rule Chris Pither out of TCR Australia Race 1 at Queensland Raceway.

The Garry Rogers Motorsport driver had qualified 14th for this afternoon’s race but his team has been forced to make an engine change, which is set to see his Renault Megane TCR machine miss the opening heat of the weekend.

GRM has a spare engine at its disposal but the work required to prep the unit for action is significant enough to sideline Pither from the race.

The issue reared its head during this morning’s qualifying session.

“It appears the head gasket has blown, there is an engine issue and as a result the water temperature was fluctuating a lot throughout qualifying and it got too high,” Pither told Speedcafe.com

“The guys will get the motor out and put the spare in and we will have a look at it when we get back to the workshop.

“Hopefully we can be good to go for tomorrow, it doesn’t look like we will get back out there today.

“With the nature of these beasts, there are only a few in the world, and we are still building up our spares inventory.

“It is good we have got a spare motor but a lot of the ancillaries on the original engine will have to be changed over and that is what will take the time.”

Pither is however confident that his Megane will be ready for action on Sunday that will see TCR Australia contest two races.

His team-mate James Moffat is however set to start Race 1 (1415 AEST) from ninth on the grid.