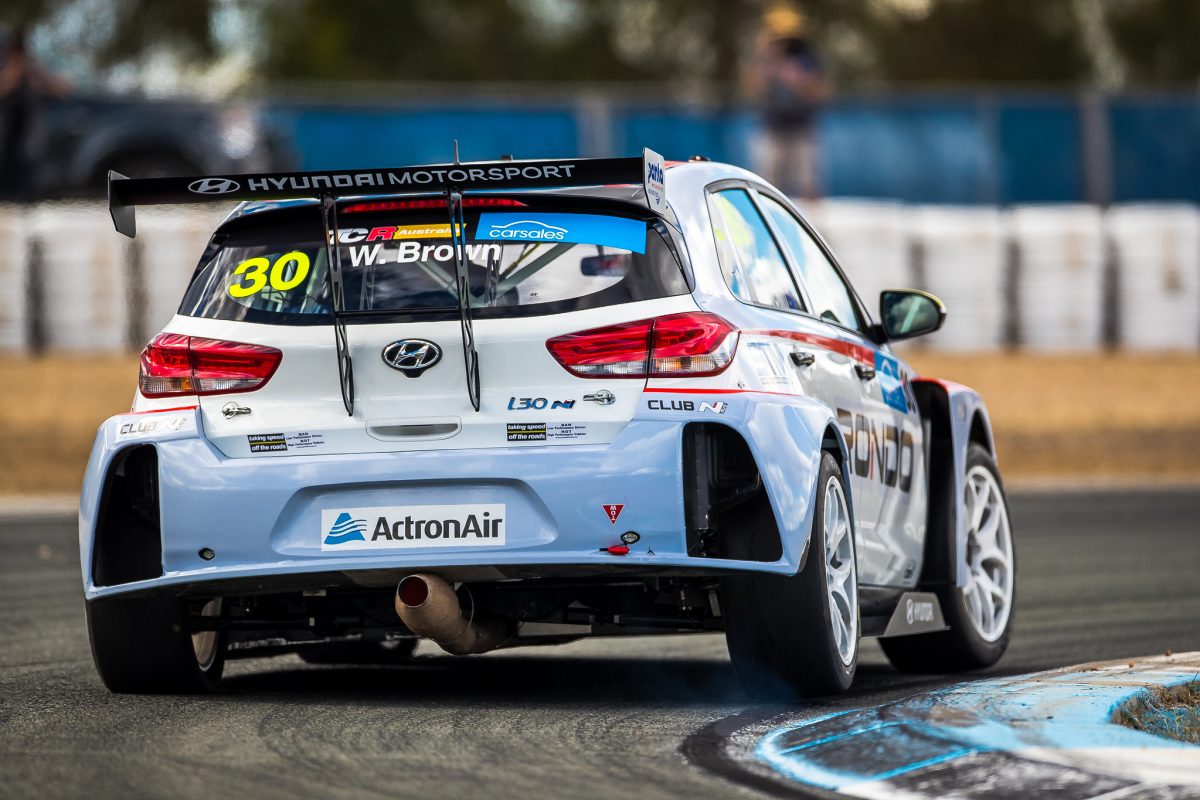 Will Brown finished 16th after a clash with John Martin

Will Brown has labelled an opening lap clash with John Martin in TCR Australia Race 1 at Queensland Raceway as a ‘racing incident’.

The series leader was involved in contact at Turn 6 as the field checked up behind Jean-Karl Vernay (Melbourne Performance Centre, Audi) who led the field from pole on the entry to the hairpin.

Martin moved to the outside before coming back across, touching the rear of Vernay’s RS3.

As the Honda driver applied the power coming out of the corner he copped a hit from Brown, who was in his blind spot.

It sent Brown off the track while Martin picked up a puncture and ran off the road at Turn 4 on the following lap.

Brown also sustained a puncture resulting in a trip to the pits, before then receiving a drive-through penalty for shortcutting the track on his way back to the pit lane.

The duo were able to reach the finish with Martin 15th and Brown in 16th spot.

“I think it was just one of those racing incidents,” Brown told Speedcafe.com.

“I got a good start and I was running third and they sort of checked up going into Turn 6 and Martin hit the back of Vernay, so I just darted the nose up the inside and we made contact at that point.”

Brown apologised to Martin post-race, who shared his view of the incident.

“Honestly I don’t really know what happened. I think Vernay made a mistake at Turn 4 and then we closed the gap up on him,” Martin told Speedcafe.com.

“We had a run on him at Turn 5 and had a good run at Turn 6 and he covered, so I went to the outside and tried to cut back then he stops up mid-corner and I got into the back of him a little bit.

“Then I had to get back on the power, and then I got hit.

“I didn’t know who it was, but apparently it was Will. It would have been on good but we got a puncture.

“He got a drive-through for it and that really doesn’t help us, but he said sorry; he felt it was one of those racing incidents. From my point of view, I didn’t know he was there.

“It wasn’t even that bad but as I went down the straight the car was starting to move around a lot and obviously the tyre was flat.”

Despite the incident, Brown continues to lead the series with a comfortable margin.