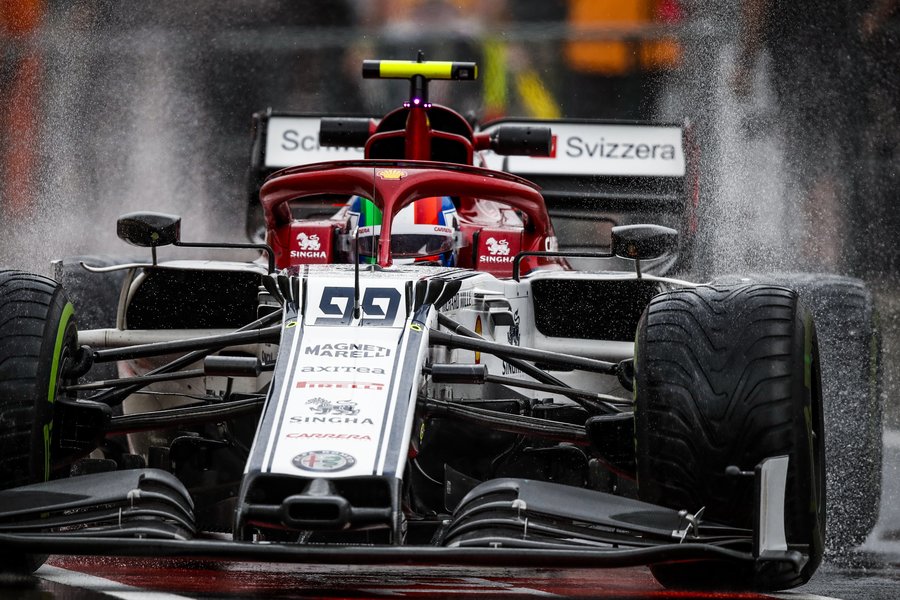 Antonio Giovinazzi on another wet day, in Hungary

Alfa Romeo Racing’s appeal of its twin German Grand Prix penalties will be heard by the FIA on September 24.

Kimi Raikkonen and Antonio Giovinazzi each had 30 seconds added to their race times due to how their clutches engaged at the start of a wet Hockenheim race, costing both a points finish.

The team indicated at the time that it would appeal the sanctions, which it confirmed in the lead-up to this weekend’s Hungarian Grand Prix.

“We’ve been penalised after the race, and we went for an appeal, which is the normal procedure if you are (penalised) and you think you have some arguments to win, otherwise you wouldn’t do it,” said Alfa Romeo’s sporting director, Beat Zehnder.

“It’s an ongoing process, I can’t give you any more information. Everything will be disclosed on September 24, when the hearing takes place in Paris.”

That date places the hearing after the first three races following the summer break, namely on the Tuesday just after the Singapore Grand Prix.

In theory, Formula 1’s sporting regulations do not allow the penalties to be appealed, as per Article 17.2, which means that it must first be established if the appeal is valid or not.

The outcome of the hearing could have implications for the world drivers’ championship given that Lewis Hamilton took the chequered flag in 11th position before being promoted to ninth, a result worth two points, due to the Alfa Romeos dropping out of the top 10.