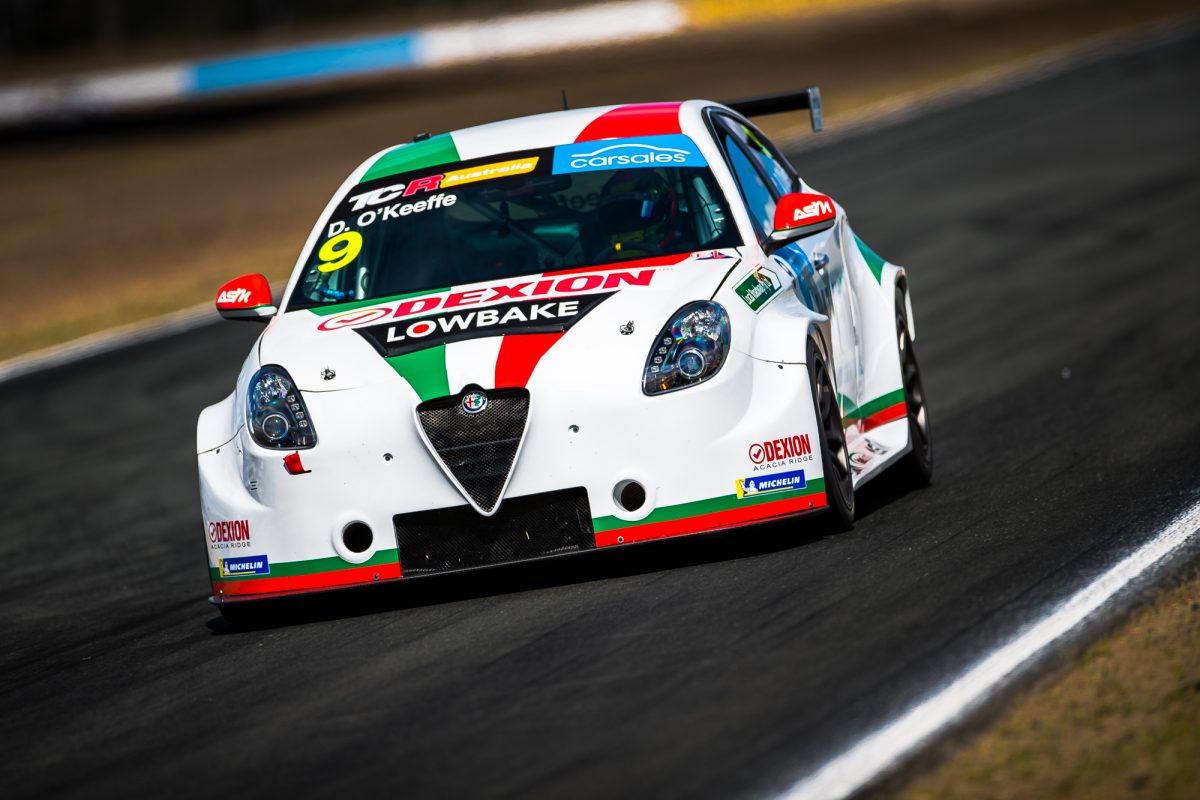 Dylan O’Keeffe has set the pace in the opening practice session for TCR Australia Series Round 4 at Queensland Raceway.

The Ash Seward Motorsport driver ended the 30 minute session with a comfortable margin over the field in his Alfa Romeo Giulietta.

O’Keeffe moved the to the top of the times early in the session before continuing to chip away at his benchmark, lowering his personal best to a 1:14.07s effort.

Series leader Will Brown came the closest to O’Keeffe with his HMO Customer Racing Hyundai i30 N, 0.39s adrift of the two-time race winner.

The 31-year-old vastly experienced TCR driver is conducting a one-off drive in the series this weekend.

Tony D’Alberto was the fastest Honda in sixth ahead of Russell Ingall, who has returned for a second round in the series in the #100 Audi RS3.

Only 17 cars took to the track for practice with Andre Heimgartner sitting out the session as Kelly Racing worked on the #777 Opel Astra.

The TCR Australia field will return for Practice 2 at 1515 AEST.