T8 form upturn ‘a good lift for the team’

T8 form upturn ‘a good lift for the team’ 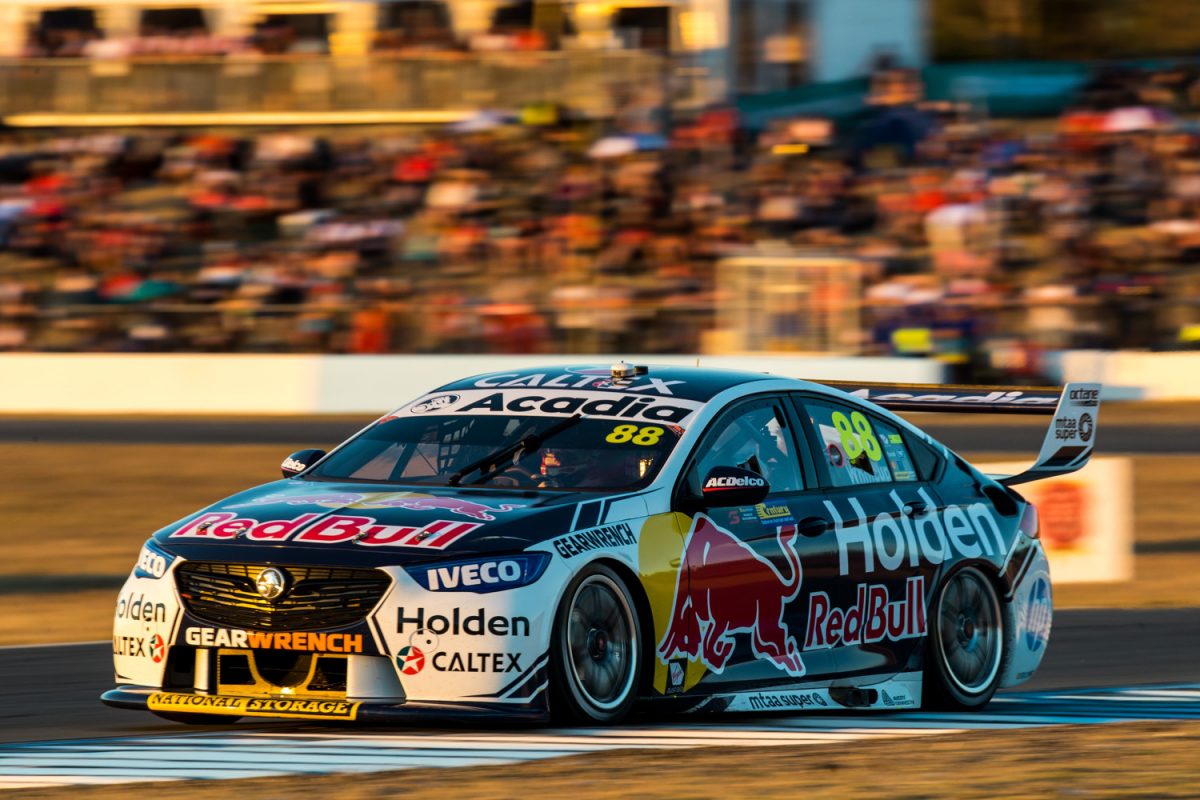 Triple Eight’s recent upturn in form, highlighted by Jamie Whincup’s drought breaking victory at Queensland Raceway, has given the team a ‘real lift’ for the remainder of the season.

The Supercars powerhouse has endured a much tougher campaign compared to its usual standards while the gap to arch rivals Shell V-Power Racing has grown.

Heading into Ipswich last weekend the squad had recorded only two race wins before Whincup’s triumph in Race 19 on Saturday.

That was backed up by Shane van Gisbergen running championship leader Scott McLaughlin close to finish second in what was the latter’s most serious challenge all season.

The results proved satisfying for Triple Eight coming off the back of a productive test at the venue a week prior, with team manager Mark Dutton revealing that the squad has been lifted by the results.

“When you have been working as hard as we know we have been it is a real good lift for the whole team to see that all the hard work is for a reason,” Dutton told Speedcafe.com.

“There is more to come, we don’t think we are tapped out and we are not out of ideas. We know we have to keep refining so it is positive and uplifting for the team.

“We worked really hard at the test day hoping we could convert that into race weekend performance and I believe we did, so full credit to the team; the hard work and the grind is paying off.

“There is a lot of prep that goes into a test day and that was off the back of knowledge and development at the race meetings, so I’m very happy.

“Any win is really good but for sure because that one was an outright good start and good pace and there was a really good call from Jamie.

“It wasn’t like he was trying harder, that awesome first lap move was because he had the car underneath him that allowed him to place it where he wanted and complete the switchback on Scott.

“It is good to see the cars having that amount of pace.”

Speaking after the results both Whincup and Van Gisbergen confirmed that the team is definitely closing the gap to their rivals, with the latter stating that his car was the best he’s had all year on Sunday.

The squad will now head to South Australia’s The Bend Motorsport Park for the OTR SuperSprint (August 23-25) hoping to continue the strong run of form.

Last year the squad won both races at the venue with Whincup and Van Gisbergen taking a win apiece.