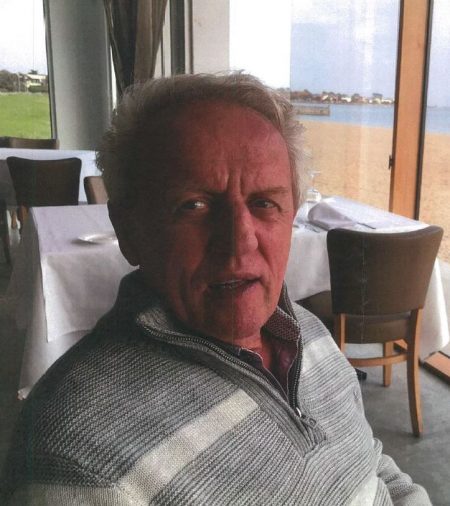 The search for missing racer Con Whitlock has intensified after the 72-year-old went missing on Tuesday.

The Victorian businessman disappeared on Monday night, with his white BMW found on the slopes of Mount Buller early on Tuesday morning.

Over 50 members from the SES and Bush Search and Rescue reconvening the search this morning around where his car was found.

“We’ve been married for 52-years and I can’t comprehend that he would do anything so out of character,” explained Whitlock’s wife, Mandy, on Wednesday.

Owner of Whitlock Bullbars, the successful businessman has been experiencing headaches of late and was set to undergo an MRI.

“All I can think is there is something wrong with the headaches,” reasoned Mandy.

“I don’t know if he has had a mini-stroke and is wandering around with amnesia, I don’t know. Just not knowing is the worst part.”

With near freezing temperatures overnight Whitlock’s family, and the police, hold concerns for his welfare.

“Time is of the essence in the search for Conrad,” Inspector David Ryan told Sunrise.

“This causes us to have significant concerns for Conrad’s ability to survive many more nights.”

A statement from Victoria Police urged anyone who may have dash footage or other information surrounding Whitlock’s location to come forward.

“Conrad’s car, a white BMW, was found on Mount Buller Road near the ski fields and investigators believe he arrived in the area about 6am Tuesday,” the statement read.

“Investigators are appealing for anyone who drove between Mount Buller and Mansfield on Tuesday morning with dash cam footage or any information to come forward.

“Police and family members hold concerns for Conrad’s welfare due to his age, the length of time he has been missing and the fact that it would be unusual for him to be at the ski fields.

“Conrad is about 170cm tall with a slim build and grey hair.”

Police ask anyone who has seen Whitlock, or has information on his whereabouts, to contact Mansfield Police Station on (03) 5775 2555.