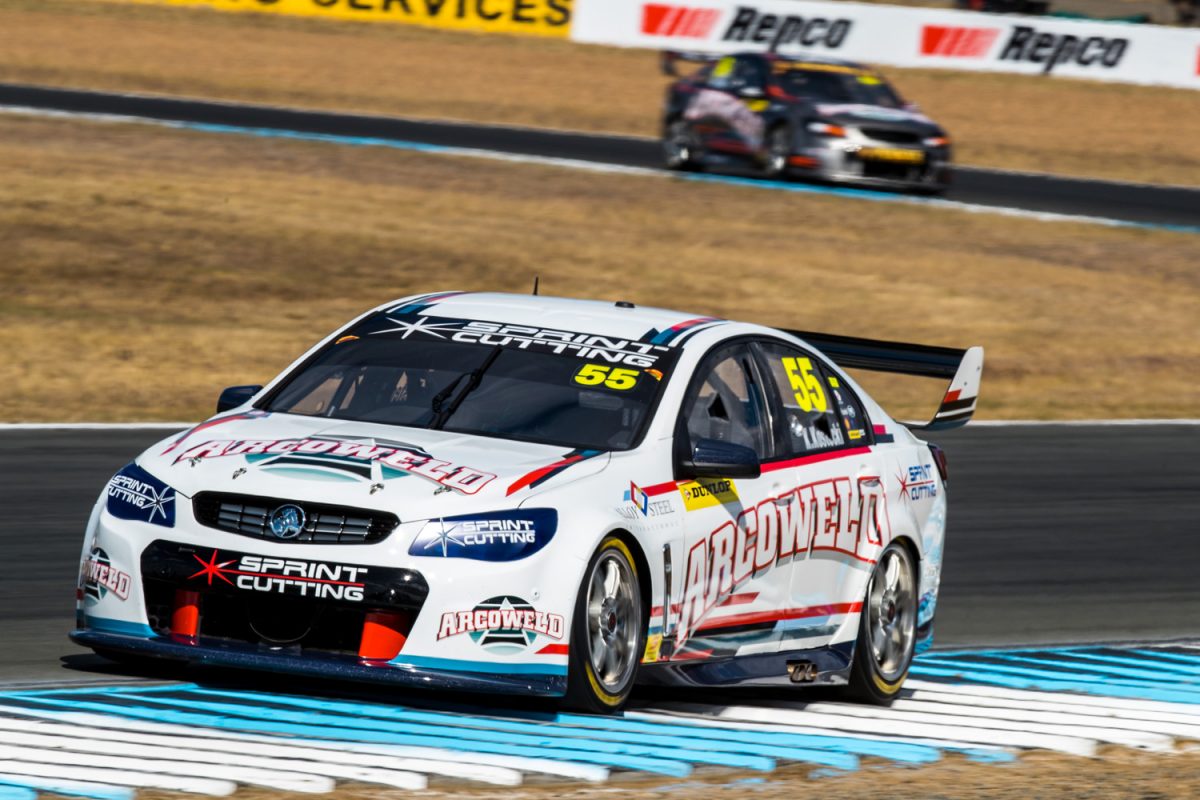 Kurt Kostecki is now seeking a small improvement in race pace having taken a second career Super2 pole at Queensland Raceway, one round after his first.

The Triple Eight Race Engineering driver edged Thomas Randle to Armor All Pole Position for Race 2 at the Ipswich circuit, but is still chasing a maiden race win in the Dunlop Super2 Series.

Kostecki dropped from first on the grid to third when the lights went out last Sunday and while he tailed eventual winner Bryce Fullwood and runner-up Randle for most of the race, he remained in the final podium position for the duration.

He finished in the same position in Race 1, for which he missed pole by less than a tenth of a second, and set the fastest Super2 lap of the weekend in Friday practice.

While Kostecki achieved maiden race and round podiums in last year’s season opener, when he drove with the family Kostecki Brothers Racing team which he still works for, two poles in quick succession mark another step up in performance from the 21-year-old.

It is also a sign of the Triple Eight Super2 crew’s progress in the Banyo operation’s return to the second tier after a five-year absence.

“I think we’re making good progress, slowly each time we get to the track where we’re finding our feet with the team and also me as well,” said Kostecki.

“To start at the front was really good but I think our races were lost off the start both days, so I think if any one of us three got the jump, that was pretty much race over, because it was so close and when you’re following cars on the same tyre quality, it’s really hard to pass.

“All in all it was a pretty decent weekend but we’re definitely looking for some more.”

When asked what had changed for him this year, Kostecki responded: “Probably just the lead-ups, the team gelling really well.

“Romy’s (Mayer, engineer) doing a really good job at engineering the car, she puts a lot of effort in, so we’re making little changes but this weekend (Queensland Raceway) was really good because we rolled out really well.

“At other rounds, we’ve had to chase a lot, so I think just rolling out really well is probably where most of it’s come from.

“I’ve (also) just got a little bit more confidence getting that one-lap pace together, which has been really important this year, so two poles now in the last two rounds is really good but we’re still looking for a little bit more in the race and I’m sure we’ll get it sometime soon.”

Kostecki had also given up ground from pole for Race 1 in Townsville, and again in Race 1 in Ipswich, but does not believe that starts need to be a particular area of focus between now and the next round in Bathurst.

“I don’t really think we need to work on it too much,” he declared.

“We just definitely have to look into what we’re doing because, I’ll be honest, it’s pretty much the same drop gear ratio the whole year and– aside from Townsville, where there was a fundamental issue – my starts have been fine.

“(I’m) probably a little bit overthinking it and that’s where most of the time will be but we’ve got a lot of the data to go back and have a look at and procedural stuff and we’ll be right (for) the next one.”

The next one will take place at the Supercheap Auto Bathurst 1000 weekend (October 10-13), which Kostecki will begin in third in the series after gaining a position over the course of Round 4.

Like the Virgin Australia Supercars Championship, Super2 also has its biggest race of the year at Mount Panorama with its single 250km encounter on the Saturday of the event.