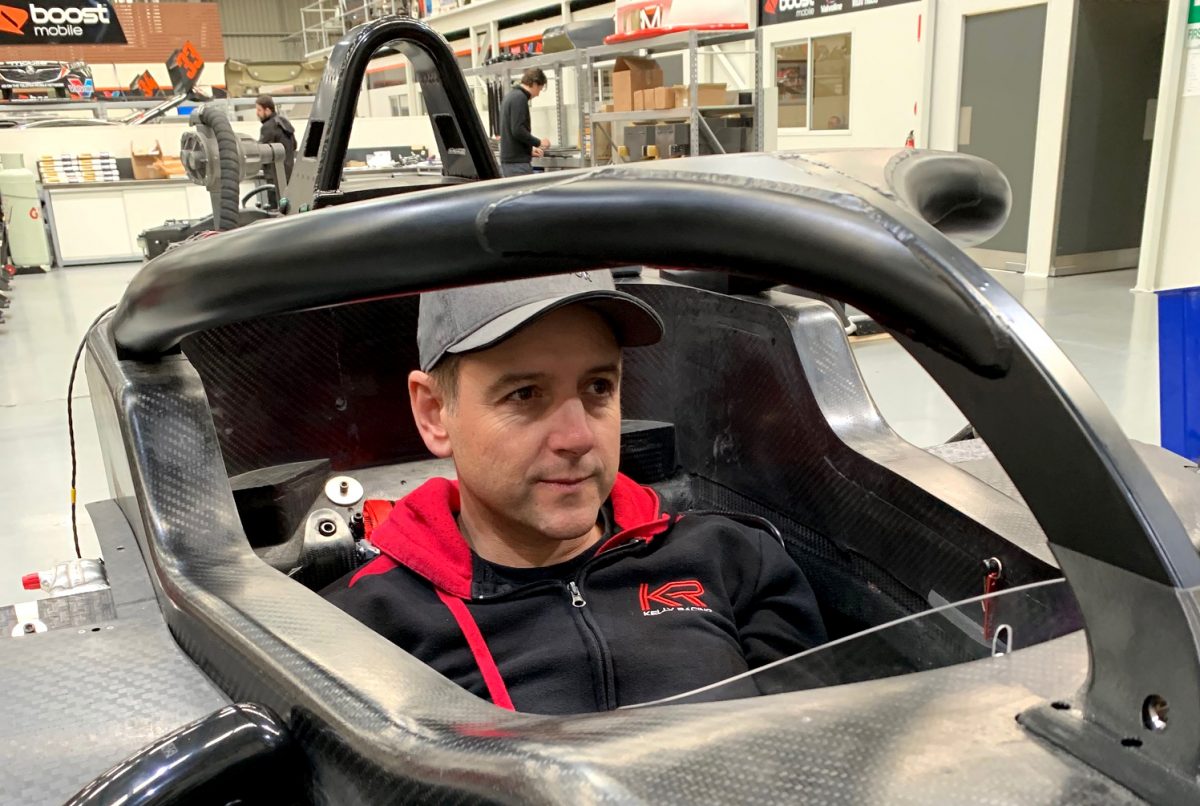 Todd Kelly behind the wheel of an S5000 single-seater

Todd Kelly will return to his single-seater roots courtesy of a special test outing in an S5000 car at Queensland Raceway tomorrow.

The Kelly Racing team owner is set to jump behind the wheel of the 560 horsepower V8 powered machine in a dedicated test for the car, as preparations build towards the category’s debut at Sandown from September 20-22.

Kelly will share the driving duties with former A1GP and Superleague Formula driver John Martin, who will also contest Round 4 of the TCR Australia Series at the venue this weekend for Wall Racing.

Current S5000 test driver Tim Macrow is unable to attend the test due to overseas commitments.

While Kelly’s recent career has seen him become an established touring car star, the Mildura-born resident is no stranger to high-powered open wheel race machinery.

After graduating from Formula Ford, Kelly competed in the 1998 Australian Drivers’ Championship, then competing for the prestigious Australian Gold Star crown.

He took a Reynard Formula Holden to second in the title fight behind now five-time IndyCar champion Scott Dixon.

“I’ve been interested in the S5000 class. Every time the car has been out on the track, I’ve watched it and it really gets the hairs to stand up on the back of your neck,” said Todd Kelly.

“It’s great that Garry and Barry are giving me the opportunity to get a first hand taste of the car.

“I haven’t driven an open wheel for a while, and I’m not out to set a new lap record, but I’m certainly going to enjoy the experience.

“Australia has been starved of a decent, high performance open wheel category for a long time, and I can’t wait to see what it’s all about.”

Meanwhile, Martin, who spent the early part of his career racing high-powered single seaters, is keen to investigate future opportunities in the series.

“It should be great. Thursday will be beneficial for everyone. I was involved in the start of the S5000 program, so I’ve been across the details and I’ve kept a watchful eye on the category’s progress,” said Martin.

“I love the style of S5000s. They are a proper race car and every time the car goes out on track, it makes you sit up and take notice.

“If something came up to race in it, I would definitely look at it.

“They are pretty quick. It has plenty of power, and if you make a mistake, it will bite you, and that is the thing that will draw young guys to this class.

“This will be for the up-and-comers or experienced international drivers. It is going to be a serious class.

“Just to have something like this in Australia is just what we need. We’ve been missing it for a while now.”

GRM is currently constructing 13 S5000 cars that, in addition to the original chassis, are hoped to be on the grid for the series opener at Sandown.