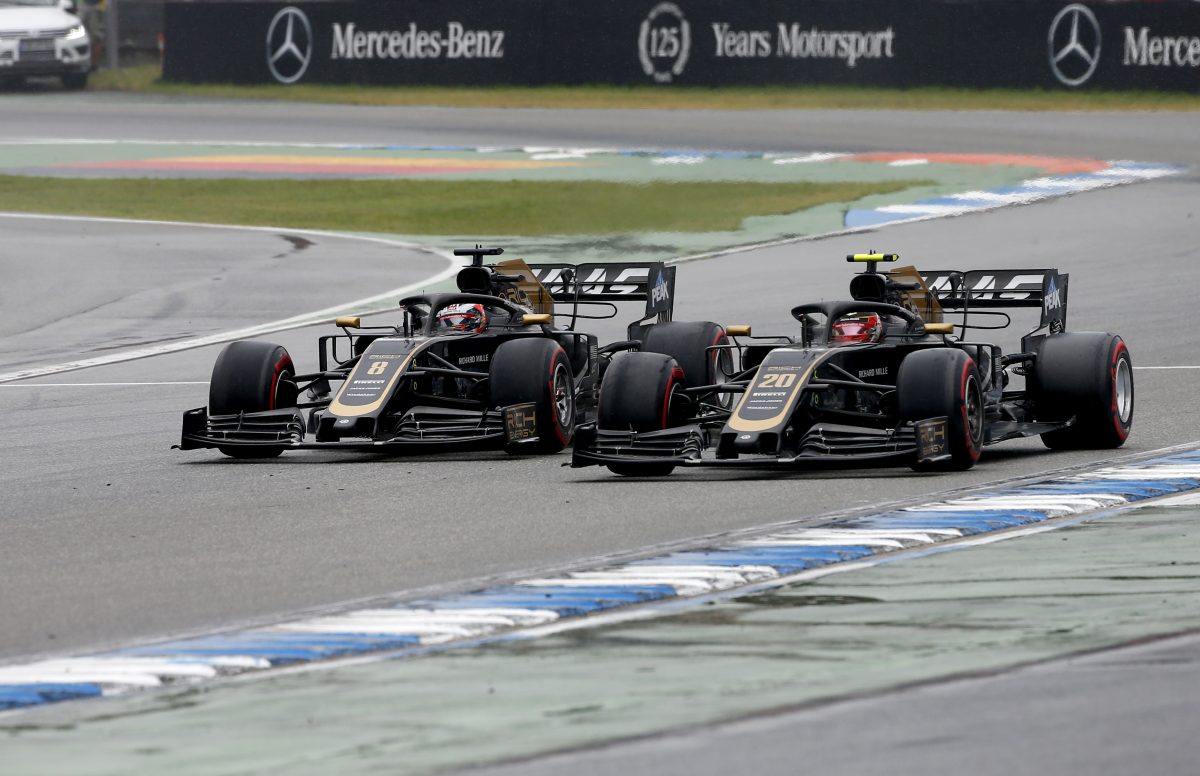 The Haas F1 Team will continue to run different specification cars for Romain Grosjean and Kevin Magnussen at this weekend’s Hungarian Grand Prix as it continues to seek answers for the team’s poor race pace.

It will see Grosjean’s car in the same specification with which the team started the season in Melbourne, while Magnussen will run the latest spec components.

Team boss Guenther Steiner hopes that by running the mismatched cars it will highlight the areas in which the squad needs to focus.

“Having compared the three specs at Hockenheim, we still haven’t come to a conclusion as to what is actually happening on our race pace – where we seem to be slow, but can do a good qualifying lap,” he said.

“At the beginning of the season we were looking very competitive, then in the races after Melbourne, that’s not been the case anymore,” he added.

“So, we need to understand what went sideways, and that is what you do when you compare two specs of car.

“Hopefully, we can get as much information as possible and come to a conclusion in which direction we need to work.”

Adding to the team’s woes is the fact that the team’s two drivers have collided in the last two races, the opening lap clash at the British Grand Prix proving terminal for both.

In Germany the pair survived, and then managed to stay on track in tricky conditions to record a double points finish, the seventh and eighth place finishes a high water mark for the season so far.

At the halfway mark of the 2019 campaign Haas is tied with Alfa Romeo on 26 points, leaving them joint eighth in the championship with only Williams faring worse.

Last season the team was fifth in the constructors’ championship with 96 points to its name.

Finding a solution to its current predicament is crucial not only in reversing its current form but also as design work on next year’s car begins to accelerate following the summer break.

Steiner admitted the team has already begun planning for the 2021 season, when significant regulation changes are set to be introduced, though those plans are still somewhat immature.

“I think the devil is in the detail, and we need to work on that to make sure we’re not taking a wrong way here,” he explained.

“If it is for the benefit of the sport, I have nothing against making changes.

“If we’re not convinced that it will work, we shouldn’t run the risk of changing too much.”

Formula 1 continues this weekend with the Hungarian Grand Prix, with opening practice beginning at 1900 AEST on Friday.