Van Gisbergen: Best car I’ve had all year at QR

Van Gisbergen: Best car I’ve had all year at QR 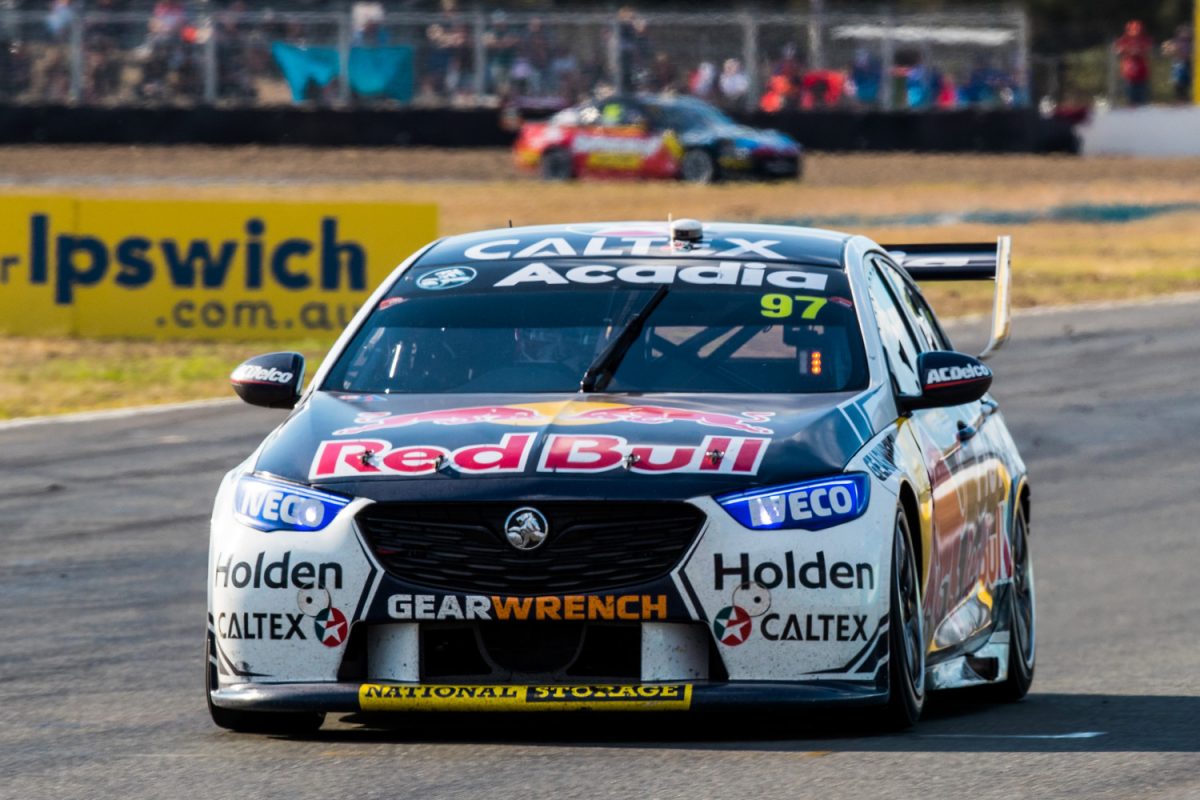 Shane van Gisbergen described his Red Bull Holden as the best car he’s had all year after narrowly missing out on a victory in Race 20 at the Century Batteries Ipswich SuperSprint.

The 2016 Supercars champion provided a strong challenge to championship leader Scott McLaughlin in the closing laps at Queensland Raceway but was ultimately left to settle for second spot, just 0.7s adrift at the chequered flag.

After starting from fourth, van Gisbergen emerged five seconds adrift of McLaughlin in the final stint before reeling in the championship leader over a matter of laps to set up a grandstand finish.

Although van Gisbergen has won two races this year, at Symmons Plains in April and in the wet at Townsville earlier this month, he believes the car was its best yet at Queensland Raceway.

Triple Eight has enjoyed an upturn in form in recent weeks, highlighted by the victory at Townsville and Jamie Whincup’s drought breaking win in Saturday’s race at Ipswich.

“It’s the best car I’ve had all year; the team did a really good job,” said van Gisbergen.

“I think it’s track specific, but certainly I think we’ve made our car a lot better in the low speed stuff,” he added, when asked if he felt Triple Eight is closing the gap to Shell V-Power Racing.

“That’s where we lacked to the other Holdens and I feel like we’ve made a big gain there.

“(At) low speed compared to the Erebus cars, they’ve been really good, and (in) corners like (Turns) 3 and 6 here, we’ve been able to match them and still be better in the faster stuff.

“I feel like we’re certainly improving; Jamie’s car was really good (Saturday), mine was good today (Sunday), so yeah, I think two good weekends in a row is certainly positive.”

McLaughlin agrees that the gap at the front is closing and believes it was only a matter of time before Triple Eight would start to put pressure on his team.

The reigning champion was visibly delighted to hold off van Gisbergen in what was arguably the closest fight for a win he has had all year.

“It was a matter of time that they (Triple Eight) were going to get their stuff together and sort it all out — they’re a class outfit and they’ve been at the top of the league for so long,” said McLaughlin.

“Shane’s a world class driver and they’ll sort it all out eventually.

“We’ve definitely obviously had a leg up, we ran kind of linear (dampers) last year and the year before so we had an understanding where these guys have been running twin-springs since ’08 or something, so it’s a matter of time.

“But we’ll certainly be pushing on to make sure we keep the gap as much as we can, but the category is built to be close and it’s built to have battles like that and I think it’s just good for the sport it’s all getting close again.”

Van Gisbergen’s second place finish has moved the Kiwi to within 87 points of countryman Fabian Coulthard, who remains second in the championship standings after a ‘shocker’ of a weekend at Ipswich.

The championship heads to South Australia for the OTR SuperSprint at The Bend Motorsport Park from August 23-25.