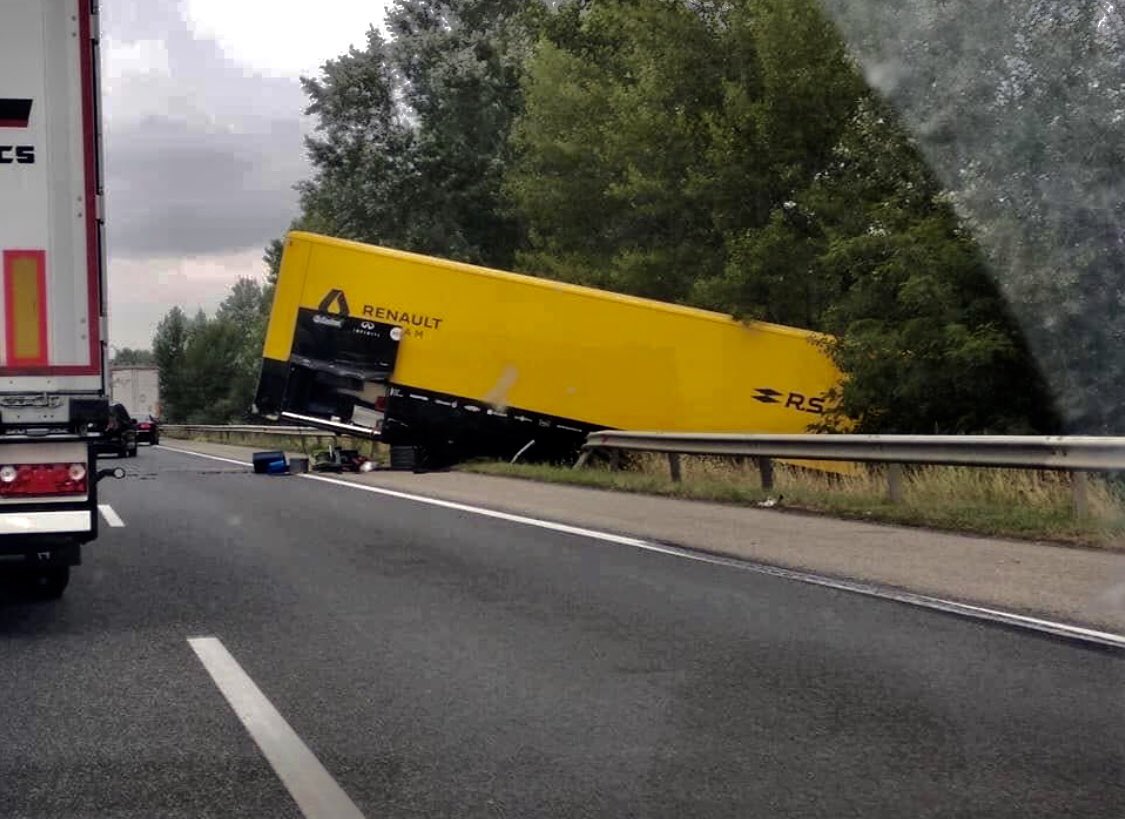 One of the Renault F1 Team’s trucks was involved in a crash on the motorway on its way to the Hungarian Grand Prix.

Photos on Twitter emerged showing the truck off the road, having appeared to cross the central reservation.

The had then burst through the armco on the other side of the road, and gone partway down the embankment, while the trailer poked out of the trees and onto the motorway.

“We confirm that a Renault F1 Team truck was involved in an accident on the M1 in Hungary, near Gyor,” said a team statement.

“The driver, who was driving within the respected regulations, was extracted from the vehicle. He is conscious and has not suffered serious injury.

“He has been transported to hospital in Hungary for further checks. No other vehicles were involved in the incident.”

Local police confirmed the incident, which occured shortly after 1120, and that the reasons for the crash were not clear.

“Unclear reasons and circumstances had led to a truck traveling towards Budapest, breaking through the barrier separating the track bodies, to the side leading to Hegyeshalom, where it had stopped in a drainage ditch.

“The injured driver began to be treated by the rescue service.”

Gyor is located to the east of Budapest, about 100 kilometres from the Hungaroring circuit, venue for this weekend’s grand prix.

It’s unclear what the truck was carrying; teams employ dozens of trucks to transport not only their cars and spares but also hospitality suites and other equipment.