Paddon out of Rally Finland due to test crash

Paddon out of Rally Finland due to test crash 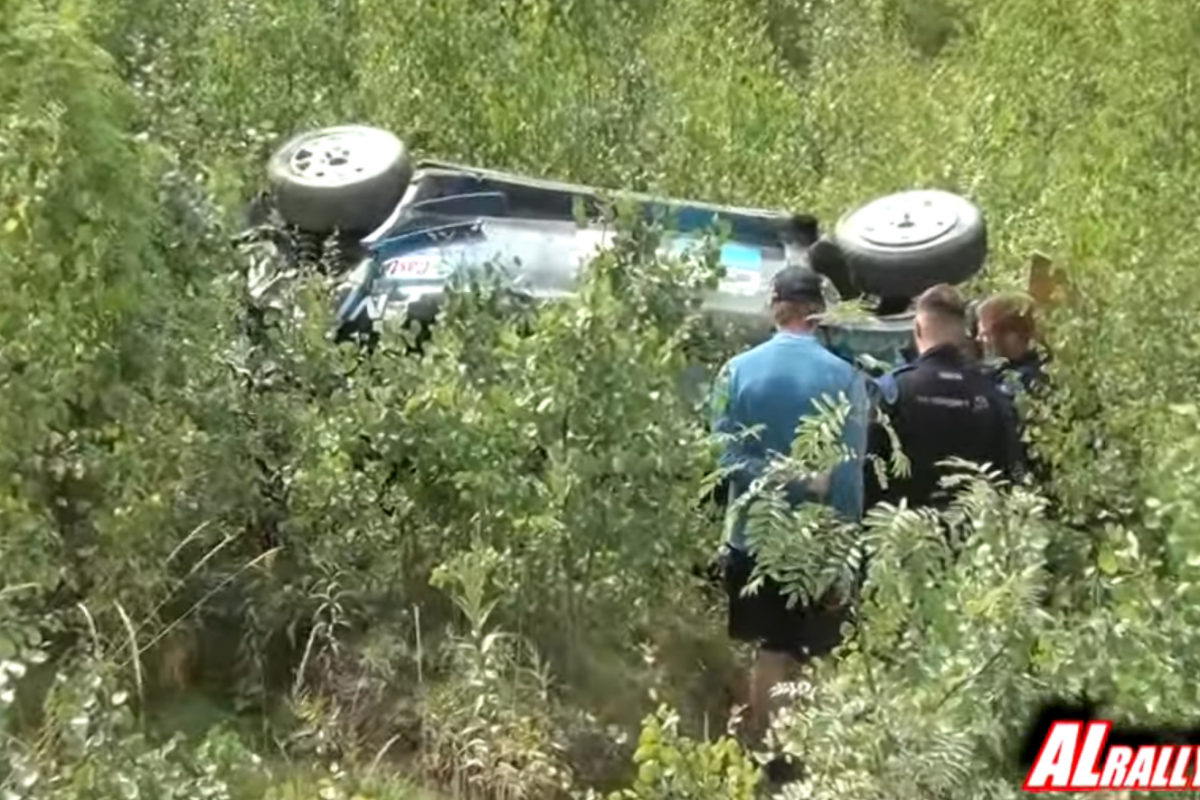 Hayden Paddon’s cameo in this weekend’s World Rally Championship round in Finland is off due to a testing crash which the Kiwi described as perhaps his biggest ever.

Driving the M-Sport Ford Fiesta which he was due to compete in, Paddon hit a rock in sixth gear and rolled.

“The corner’s pretty much flat out, but the approach to it is blind because of a small crest,” Paddon told WRC.com.

“We came over that crest committed to the corner and on the same line we’d been on plenty of times before and the rock was just sitting there.

“If you move even half a metre off line at that speed, it’s the end, you’re gone.

“We hit the rock right in the middle of the car and it just threw us off line and straight into the trees. At that speed, on a narrow piece of road like that, there’s nothing you can do.

“It was the biggest crash I’ve had, certainly the one with the highest speed.

“When we got out of the car, the sump guard is actually split in half. The rock we hit is still there with a load of aluminium on it.”

Watch: the moment that @HaydenPaddon’s @RallyFinland plans came to an unfortunate end. Both Hayden and John are OK. pic.twitter.com/OajaIHxosT

Team principal Rich Millener confirmed that the incident was no fault of the 32-year-old at all.

“A rock has been pulled out on one run, he turned the car around, went back up the same stretch of road only to find that rock in the middle of a blind, sixth-gear right hander,” Millener told WRC.com.

“The rock hit the bottom of the sump guard and lifted the car into the air. They were just passengers, nothing they could do about it.”

Millener added that fixing that car or dispatching a replacement in time for Rally Finland is “not possible”.

Paddon was set to drive the Fiesta WRC in a one-off appearance after being overlooked by his former team, Hyundai WRT, which faced a driver shortage for Round 9 of the WRC.

His latest setback means he still will not have competed in the world championship since finishing second in last year’s finale around Coffs Harbour.

It is also the second major drama which has beset M-Sport in recent weeks after it had to draft Gus Greensmith in to replace Elfyn Evans, who injured his back in the Rally Estonia WRC promotional event.