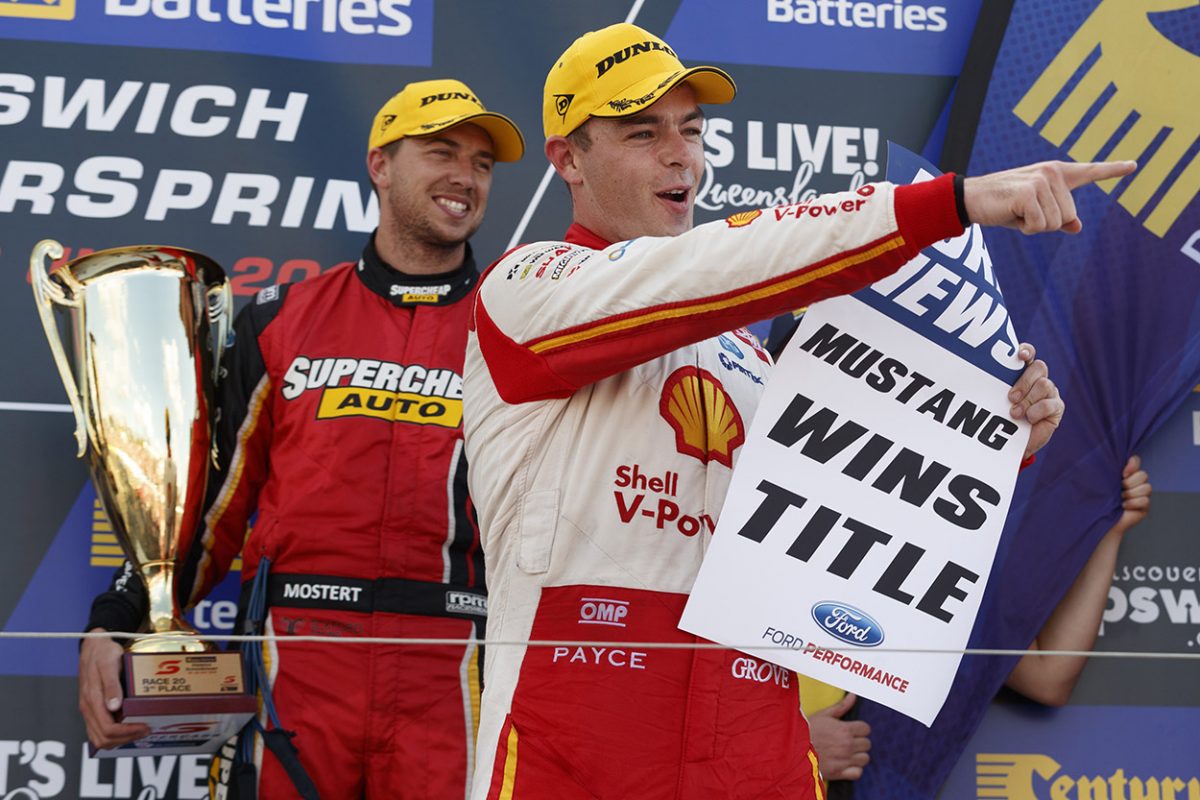 Copies of the infamous poster that saw Scott McLaughlin cop a $10,000 fine for displaying it on the podium at the Ipswich SuperSprint have been put on sale by DJR Team Penske with proceeds going to charity.

McLaughlin has been handed a $10,000 fine for showing a poster celebrating Ford’s manufacturers’ championship triumph which was achieved with the Kiwi’s 14th win of the season.

Stewards also slapped McLaughlin with a $3000 fine for completing victory burnouts outside of the designated area at Queensland Raceway.

Following on from that, the team has seen made replica posters available for purchase with all proceeds being donated to Children’s Family Cancer Charity Camp Quality.

“We have been overwhelmed by the support we have received on social media from Sunday’s race and the aftermath,” said Story.

“Thanks to Ford we are able to make this now infamous poster available to all our supporters, with all proceeds going to a worthy cause. There are few worthier causes in my mind than Camp Quality and the great work they do in the community.

“The enormity of the project and the work that went into the development of Mustang between the Shell V-Power Racing Team, Tickford, Ford Australia and Ford Performance makes securing the 2019 Virgin Australia Supercars Manufacturers title all the more satisfying.

“Make no mistake, we have unfinished business in 2019 and really look forward to the start of the Pirtek Enduro Cup – we are counting down the days before we get to test again and make the trek to Bathurst!

“The podium poster will only be available for a limited time, so please join us in supporting Camp Quality.”

Reflecting on the events of Sunday, McLaughlin said he would do it all over again in a heartbeat.

“I always look to involve the crowd as much as I can, and in the post-race excitement on Sunday I was really pumped up,” said McLaughlin.

“I did a big burnout down the front straight, and then took the poster up on the podium because I wanted to share that feeling with the crowd.

“It felt absolutely right in the moment, and after seeing the response from our sponsors and the fans at the track and on social media I’d absolutely do it again in a heartbeat.

“We’re nothing without our fans, and ultimately we’re in the entertainment business so I hope everyone enjoyed the show.”

Replica posters can be purchased here.