Ricciardo felt ‘half a step short’ in Germany

Ricciardo felt ‘half a step short’ in Germany 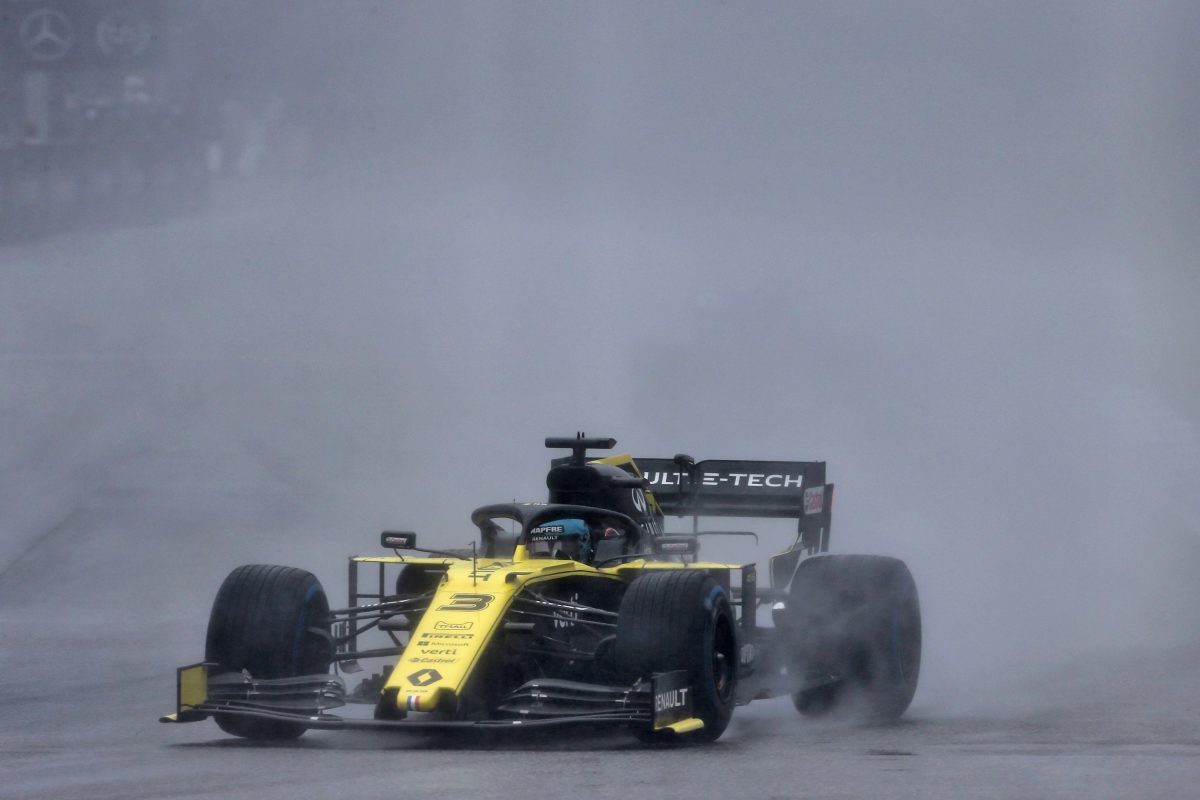 Daniel Ricciardo felt he was caught ‘half a step short’ throughout the Formula 1 German Grand Prix weekend in Hockenheim.

The Australian was ultimately forced out of the race early with an exhaust problem, but had struggled to that point with braking issues.

He’d qualified 13th for the race, and struggled through the poor visibility of the opening laps before having to park his car on Lap 14.

In a chaotic race that saw Toro Rosso claim its first podium in a decade, it left the 30-year-old ruing a missed opportunity and wondering what might have been.

“It was one of those ones we could have really capitalised,” Ricciardo reasoned of the way the race unfolded.

“Toro Rosso ended up I think third and fifth or third and sixth, so big day for them.

“Nico (Hulkenberg, team-mate) was up there and I’m sure we could have found our way up there.

“Just once it dried out a bit we could have got a bit more temperature in the brakes and even it up a little I hope.

“We felt like we were half a step short all weekend with quali and then in the race, but I think Budapest will turn right for us.”

Following his retirement Ricciardo trudged back to his room in the paddock where he found himself glued to the telecast.

“I was going to go see the team but the race was actually that exciting that I ended up staying in my room and watching the whole race because every time I wanted to leave something happened,” he said.

“As a fan it was a really fun race but I was eating me inside because I would have loved to have been out there.”

The chaotic race sprung constant surprises, with Lewis Hamilton twice leaving the road, and Sebastian Vettel climbing from last on the grid to second.

“I think every driver today had a chance of a podium, so it was frustrating,” Ricciardo admitted.

“The balance of the car wasn’t bad but I was just struggling with braking. Every time I braked hard I was locking the left front,” he explained.

“I was kind of frustrated at the time that I couldn’t show more but I think once the conditions got dry I think everything would have come up to temperature and could have had a pretty good race.

“Could have, should have, would have, I think a lot of drivers are saying that today.”

The double retirement for Renault, and surprise podium for Toro Rosso, means the former has now dropped to sixth in the constructors’ championship, while Ricciardo now lies 11th and Hulkenberg is 14th.

Formula 1 next moves to the Hungarian Grand Prix this weekend for the final race before the mid-season break.