Percat ‘got the passing eyes on’ after stalling

Percat ‘got the passing eyes on’ after stalling 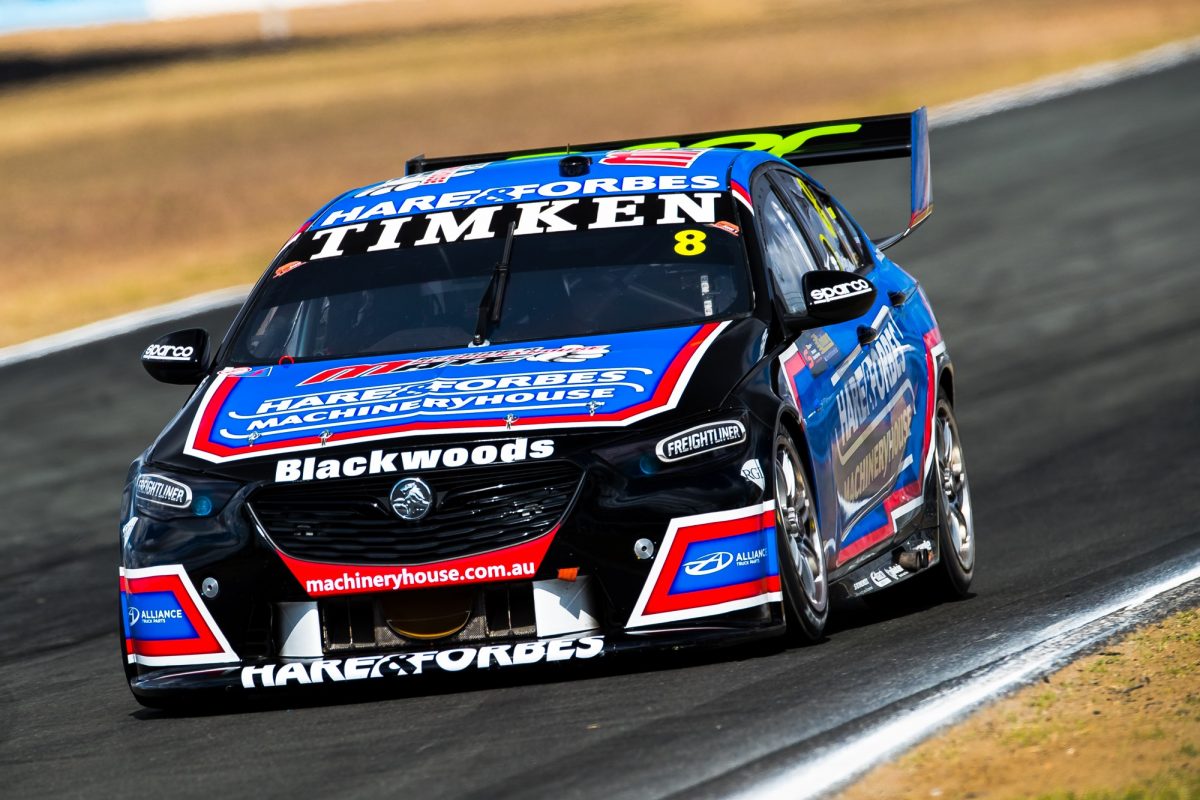 Nick Percat says that his recovery from last to ninth after stalling at the start was a case of fixing his own mistake by getting the ‘passing eyes’ on.

Percat was eighth in Armor All Qualifying for Race 20 at the Century Batteries Ipswich SuperSprint but undid his good work when he stalled the #8 ZB Commodore and plummeted to the back of the 24-car field.

What followed was an impressive fightback from the Brad Jones Racing driver, who effectively made up seven positions before pitting for the first time on Lap 14 at Queensland Raceway.

A shorter fill got Percat into 10th position when the cycle completed and the Hare & Forbes machine remained there until passing Lee Holdsworth at the end of Lap 33, then took service for a second time on Lap 35.

He sat 12th when those pit stops shook out, slipped down the inside of Todd Hazelwood at the start of Lap 49, and was gifted another spot when David Reynolds had to pit a third time to make the 120-litre fuel fill mandate.

The South Australian then gained one more by passing Anton De Pasquale on the last lap, and revealed post-race that the stall led to an unfamiliar situation.

“We didn’t roll out well, so to recover to have a car in the (top) 10, and obviously a very fast race car too, was awesome, so credit to all the boys and girls.

“The race, first time in my life I have stalled a race car since probably… I’ve only been doing it since 2006 in Formula Ford, so I kind of panicked, I was like, ‘What do I do now?’

“I hear about this anti-stall business everyone talks about so (I) got on that.

“The opening lap was pretty good, still, I think, made up three or four spots even though I gave them a hundred metre head start.

“Then I said to AE (Andrew Edwards, engineer) on the radio, ‘Ah, I have to fix this one,’ so got the passing eyes on and returned it without a scratch on it and passed I don’t know how many cars.”

According to Percat, the engine stalled immediately when he attempted to get away from his grid box.

“I just had too much load on the clutch, so as soon as I let go of the line locker, it was just lights out.

“I am known, if you ask Brad (Jones, team owner), to be very hard on the clutch with a lot of load, so obviously too much today.

“It didn’t even stutter, it was just lights out, so probably back that off a bit and go again, but big thanks to the boys for giving me a fast car.”

Percat finished eighth from 11th on the grid in Race 19, although he still dropped a position to ninth in the Virgin Australia Supercars Championship standings due to Will Davison’s first podium for Milwaukee Racing on the Saturday and fifth position on the Sunday.