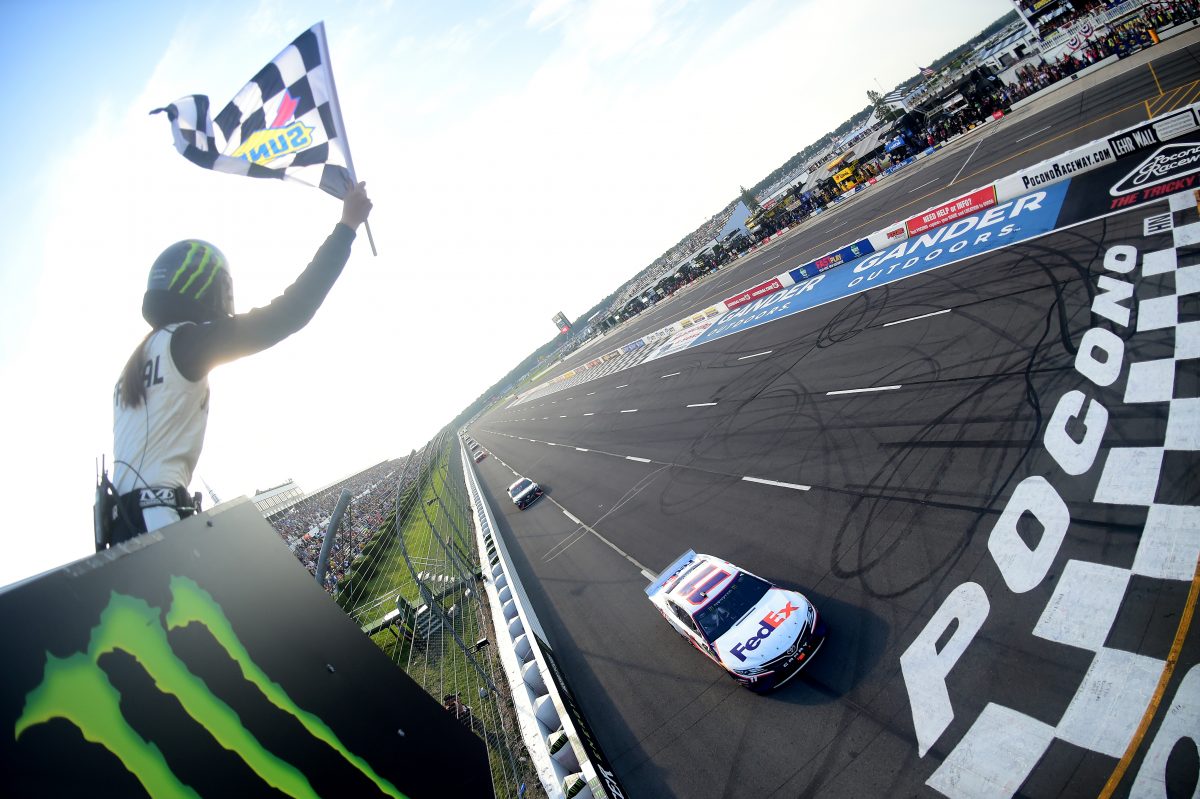 Denny Hamlin held off Erik Jones in overtime as Joe Gibbs Racing secured a one-two-three finish in Round 21 of the NASCAR Cup Series at Pocono.

Hamlin passed Jones for the lead on Lap 144 and was still there when Kurt Busch, Ricky Stenhouse Jnr, and Michael McDowell necessitated a Caution on Lap 158 of the scheduled 160.

Kurt Busch had tangled with Stenhouse Jnr, putting both into the wall, before more contact caused the former to crash into the side of Michael McDowell.

As the field condensed again, the front-runners elected to hold on to track position and risk fuel for the two-lap shootout to the finish.

Hamlin used what was left of his fuel to nail the getaway, leading the pack by himself to cross the line 0.341 seconds ahead of Jones.

Joey Logano leads the series by six points having finished 13th while Kyle Busch, his nearest rival in the standings, was ninth in the fourth Joe Gibbs Racing Toyota.

Watkins Glen is next on August 3-4 (local time).