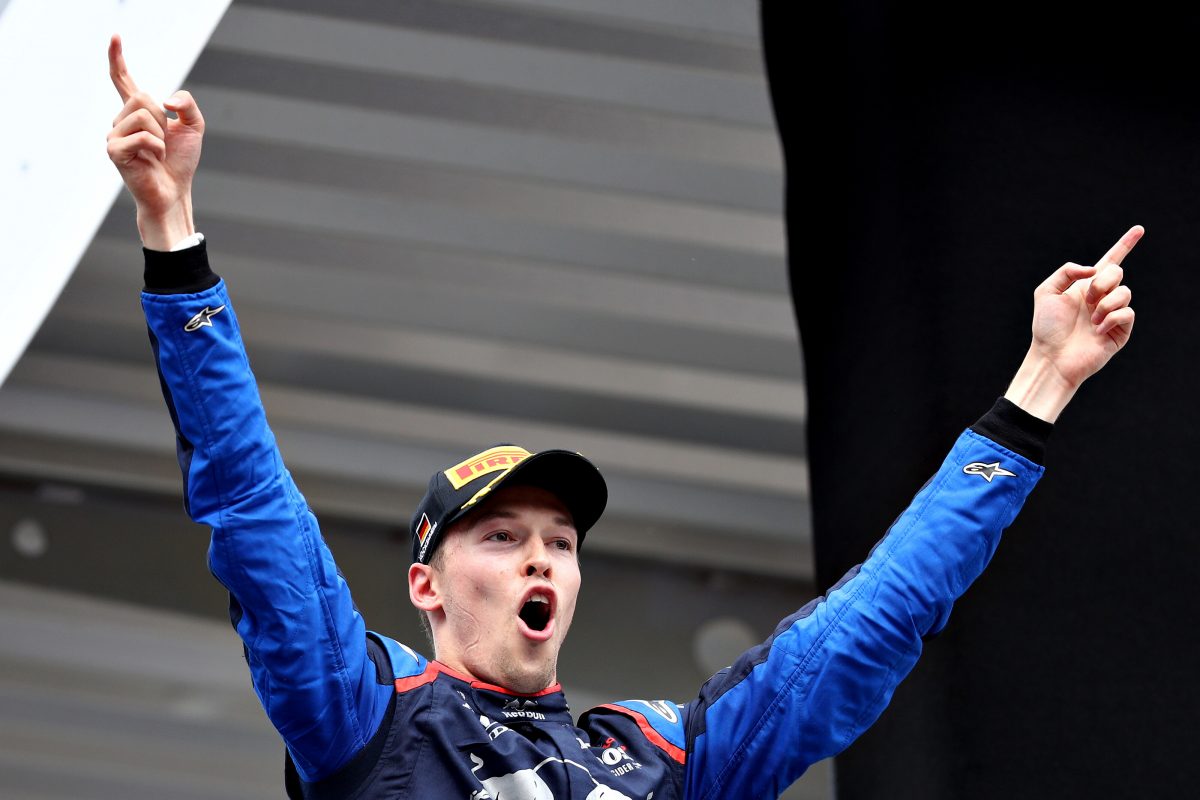 Third place in the German Grand Prix was an incredible feeling for Daniil Kvyat, one which came at the end of an emotion charged weekend.

The Russian driver, who is in his third stint with Toro Rosso, became a father on Saturday night before racing his way in tricky conditions to his first podium since 2015.

His performance netted Toro Rosso just its second ever podium, and the first in more than a decade.

“The race was crazy – finally I managed to put everything together to get this podium – I’m really happy,” Kvyat said immediately after the race.

“It was a horror movie with a black comedy. At some point I thought the race was done for me but it came alive again. It was incredible.

“It was incredible. A roller coaster; a bit like my whole career.”

A clever strategy call late in the race to switch to slick tyres proved decisive for Kvyat, who managed to stay out of trouble in conditions that caught out several key players.

Race winner Max Verstappen had a harmless spin, Lewis Hamilton damaged his front win during one of two off track excursions, and Valtteri Bottas crashed out late in the piece.

“This doesn’t feel like any other podium to be honest, it feels something else,” Kvyat said following the podium presentation.

“It’s kind of a bit of history because it’s the first podium in such a long time.

“It was different this time. I was ready. I was more ready now than ever to fight for this kind of position.

“I think this year I’m more mature,” he added.

“My head is cooler and I’m more ready to fight on top. Today I proved it to myself and everyone around and I hope soon this will become a habit.”

Kvyat entered Formula 1 courtesy of Toro Rosso, before being promoted to the senior Red Bull squad when Sebastian Vettel defected to Ferrari at the end of 2014.

He was then bumped back to Toro Rosso the following year when Max Verstappen was promoted in his place, and was finally dropped altogether towards the end of 2017.

Following Daniel Ricciardo’s decision to move on, and short of suitable drivers among its junior ranks, Kvyat was recalled to the program for 2019.

He now sits eighth in the drivers’ championship while Toro Rosso has moved up to fifth in the constructors’ title fight.

Kvyat will now return home where he will be greeted by his newborn, and as yet unnamed, daughter.