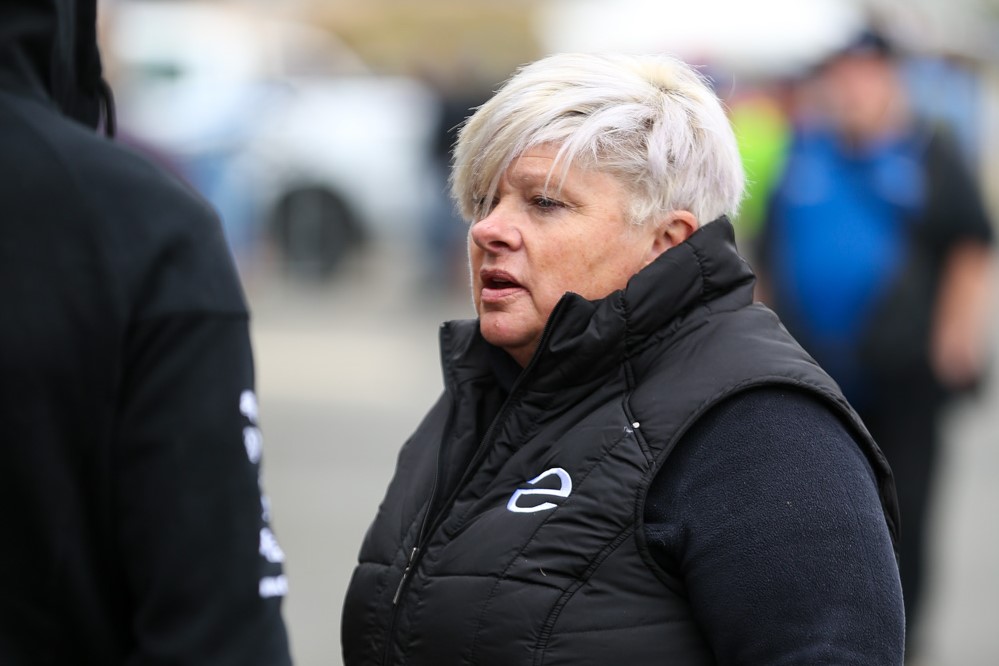 Penrite Racing owner Betty Klimenko has taken to social media to display outrage at the absence of the national anthem being played at the Century Batteries Ipswich SuperSprint.

The often outspoken team boss showcased her views on the matter prior to Sunday’s race at Queensland Raceway before posting a lengthy jibe at the championship on Facebook today.

Klimenko claims in the post that she had spoken to Supercars CEO Sean Seamer regarding the use of the national anthem before Sunday races where it was agreed that it should be played.

“Really does this have to become a mission and a half, even I am sick of having to talk about it, come on Supercars just play it,” said Klimenko in part of a rant on Facebook.

Klimenko is not the first to have drawn attention to the absence of the national anthem, with the issue having been spoken about in recent months.

Meanwhile, it proved to be difficult weekend for the team, in the absence of CEO Barry Ryan, on the track with a ninth for David Reynolds on Saturday the best result of the weekend.

Reynolds, who was delayed by a slow stop on Saturday, was on course to finish 10th in Sunday’s race, before a refuelling miscalculation forced him to the pits on lap 62 to complete the required fuel drop, leaving him 21st at the finish.

Team-mate Anton De Pasquale finished 14th on Saturday before recovering from a Lap 3 tangle with Fabian Coulthard to finish 11th in Race 20.

“Not our best weekend, we had problems, with equipment, and everything else you can think of, it was just one of those rounds, but in true Erebus fashion we will get on with it and rise to the occasion, at the next round,” Klimenko wrote on Facebook.

The squad has dropped to fourth in the teams’ standings with Tickford Racing (#5, #55) taking over third spot ahead of next month’s OTR SuperSprint from August 23-25.