Dixon beats Rosenqvist by less than 0.1s at Mid-Ohio

Dixon beats Rosenqvist by less than 0.1s at Mid-Ohio 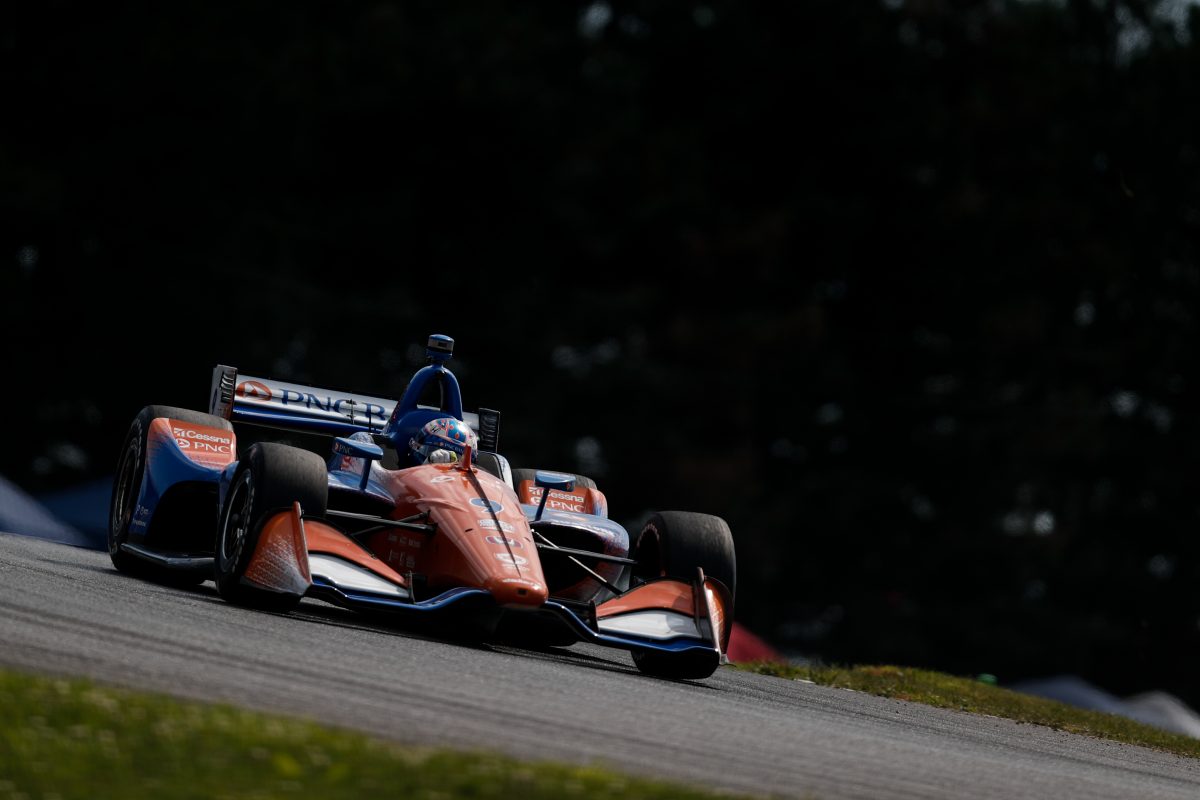 Scott Dixon has beaten team-mate Felix Rosenqvist by less than a tenth of a second to win the Mid-Ohio IndyCar race.

Power led Alexander Rossi (#27 Honda) and Newgarden at the start, with Rosenqvist taking up sixth position and Dixon (#9 Honda) seventh.

The latter two, who started on primary tyres, rose to third and fourth as the opening pit stops started to play out before they each demoted Rossi on Laps 18 and 19 respectively.

Rosenqvist bridged the gap to Power, who was on reds, and rounded up the #12 Team Penske Chevrolet at Turn 4 on Lap 25 to run in the lead until he pitted three laps later.

Power and Dixon were in a lap later, completing the cycle, with some having committed to three pit stops.

Among them were new leader Newgarden and third placed Hunter-Reay, who started 10th, while Rosenqvist was sixth, Power 10th, and Dixon 11th.

Dixon and Power had a vigorous battle until the former, on reds, got by the latter, on blacks, on Lap 34.

Stops for Hunter-Reay on Lap 37 and Newgarden on Lap 40, among others, promoted the #10 Honda of Rosenqvist to the lead before he too was in on Lap 46, meaning the Swede was also in for a three-stop strategy.

Dixon and Power were therefore soon the front-runners again, more than 10 seconds apart, before Rosenqvist used his tyre advantage to pass Car #12 on Lap 54 despite the Queenslander putting up a fight.

Meanwhile, Hunter-Reay was in front of Newgarden due to a refuelling drama for the latter’s #2 Team Penske Chevrolet, with Hunter-Reay’s Andretti Autosport team-mate Rossi a spot ahead in fourth.

At that point, Dixon was nine seconds to the good on red tyres, Rosenqvist was second on blacks, Hunter-Reay was third, Newgarden fourth, and Power fifth.

Rosenqvist caught his Chip Ganassi team-mate, who began to want for tyre life, and while he was all over the Kiwi on the final lap, Dixon clung on by 0.0934s.

That’s all that separated teammates @scottdixon9 and @FRosenqvist at the @Mid_Ohio finish. That’s the closest finish we’ve ever seen here.

Newgarden spun when got on the inside of Hunter-Reay at the Keyhole, leaving the #28 Honda third but the #2 Chevrolet stranded off the track and ultimately classified 14th.

Newgarden’s series lead is down to 16 points, with Rossi second on the table, Pagenaud third, and Dixon fourth at 62 points off the lead.

There are four rounds left in the season, with Pocono next on August 17-18 (local time).