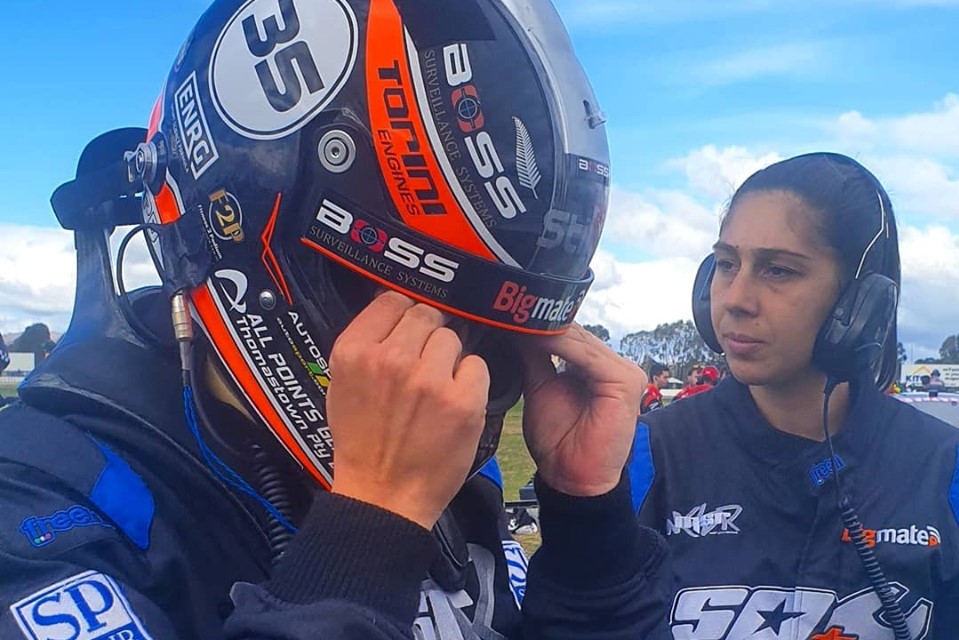 A notable absentee from Queensland Raceway this weekend is the Supercars’ first female mechanic, Janelle Navarro, who has left the championship after 13 years.

Navarro stepped down from her role as number one mechanic with Todd Hazelwood and Matt Stone Racing after the Watpac Townsville 400, and is now assessing her next career options.

While Navarro is proud of her crucial role behind the scenes in a variety of teams over the years, she is reluctant to be considered a trailblazer.

“It was never about being the first female mechanic in Supercars or to represent girls, I only did it because I loved the sport,” explained Navarro.

“It all started as a little kid watching the races. I was a big Ford fan and used to go with my dad and uncle to the races and I remember saying to Dad, “I’ll be there one day!”

“So I did my apprenticeship and a lot of voluntary work until I was lucky to get a full time job and once in, I never looked back, I loved it.”

There was little rest for the young mechanic when she broke into the sport, with many of the cars she worked on caught up in horrific crashes.

“I practically had to rebuild a car every year for four years, even in my very first round at Clipsal in 2007, Steve Owen hit the wall at turn eight,” reflected Navarro.

“Paul Dumbrell had a write off after the Grand Prix. We missed the boat to Tassie and had to send the car on a tilt tray.

“The year after, Lee Holdsworth wrote the car off in Darwin so we rebuilt that car and the next year when I was with Tekno with Will Davison there was big shunt in Tassie. It took seven days to turn that car around and I slept in the truck for four nights, to get that car back on track.

“There have been a few rebuilds, but working hard to see such a good result in the end are the big highlights in my career.”

Always conscious of preparing safe, reliable cars for her drivers, the 33-year-old walks away with an impressive statistic.

“I am really proud of my reliability record on all the cars I’ve worked on over all those years,” said Navarro.

“We’ve had little hiccups but I haven’t had any mechanical failures on the work I’ve done and that’s the one thing I can walk away from, knowing I’ve done the best job I possibly could.”

There will be mixed emotions during this weekend’s Century Batteries Ipswich SuperSprint, the first event Navarro will miss in 13 years, but she is looking forward to restoring an old family tradition come October.

“I think I’ll sit this one out at home and see what it’s like being a spectator, but I might have to plan my Bathurst barbecue like Dad used to have growing up back at home,” joked Navarro.

She is also considering a complete change in her career.

“I’m thinking about something in the personal training side of things, helping people improve and get results would be nice, either that or on the flipside work in an office to see what it’s like to have a normal job with normal hours,” she laughed.

Previous Story QR among four events under threat on 2020 calendar