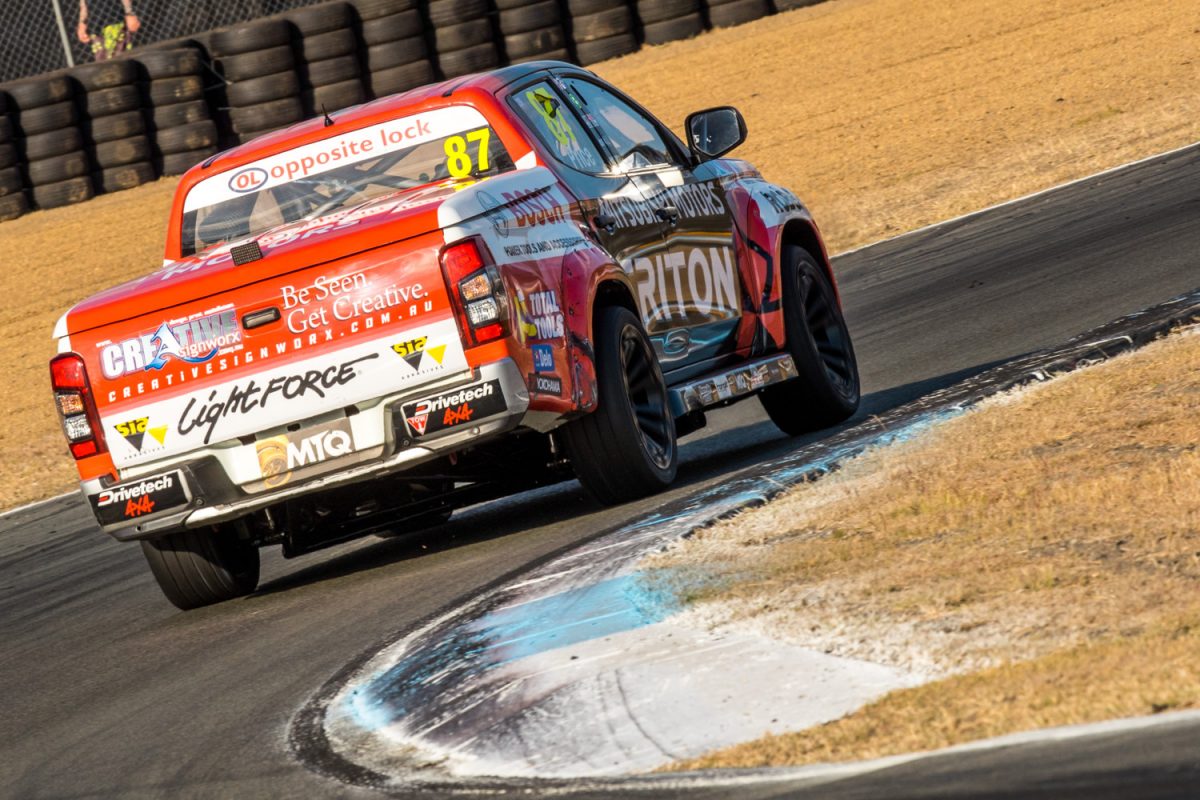 Toby Price completed a three-wide pass to clinch victory in the final SuperUtes race of Round 5 at Queensland Raceway.

Ryal Harris (Mazda BT-50) slotted into the lead on the run through the first few corners and immediately had to defend from Cameron Crick (Mitsubishi Triton) on the opening lap.

The top three of Harris, Crick and Price (Mitsubishi Triton) went three-wide down the back straight on Lap 2 and it was Price who had the inside line and emerged out of Turn 3 in the lead.

Benjamin Falk went down the inside of Craig Woods (Toyota Hilux) for fourth at Turn 6, but locked the rears and backed his Mazda BT-50 into the corner, looping around and then continuing on his way at the back of the field.

Price opened a small cushion to Harris, while the latter had a brief squabble with Crick after dropping a wheel off the road.

Woods put a pass on Crick for third at Turn 4 and then began challenging Harris, but lost time and fell back behind Crick.

At the same time, Tom Alexander (Isuzu D-Max) found himself in the same battle over third position.

Price won comfortably by 2.4s ahead of Harris who chased up the road, but the fight behind went down to the last corner.

Woods got back past Crick at Turn 6 on the final lap, before Crick gave Woods a tap on the sprint to the chequered flag on the main straight.

Both drivers kept it in a straight line, with Woods finishing third, 0.2s ahead of Crick and Alexander in fifth.

Harris and Alexander both leave the round tied on 706 points in the standings after Alexander entered the weekend with a 56-point advantage.

That is in part due to Harris’ round win, with Alexander 10th for the round after his Race 2 DNF.

Round 6 of the ECB SuperUtes Series supports the Supercheap Auto Bathurst 1000 from October 10-13.