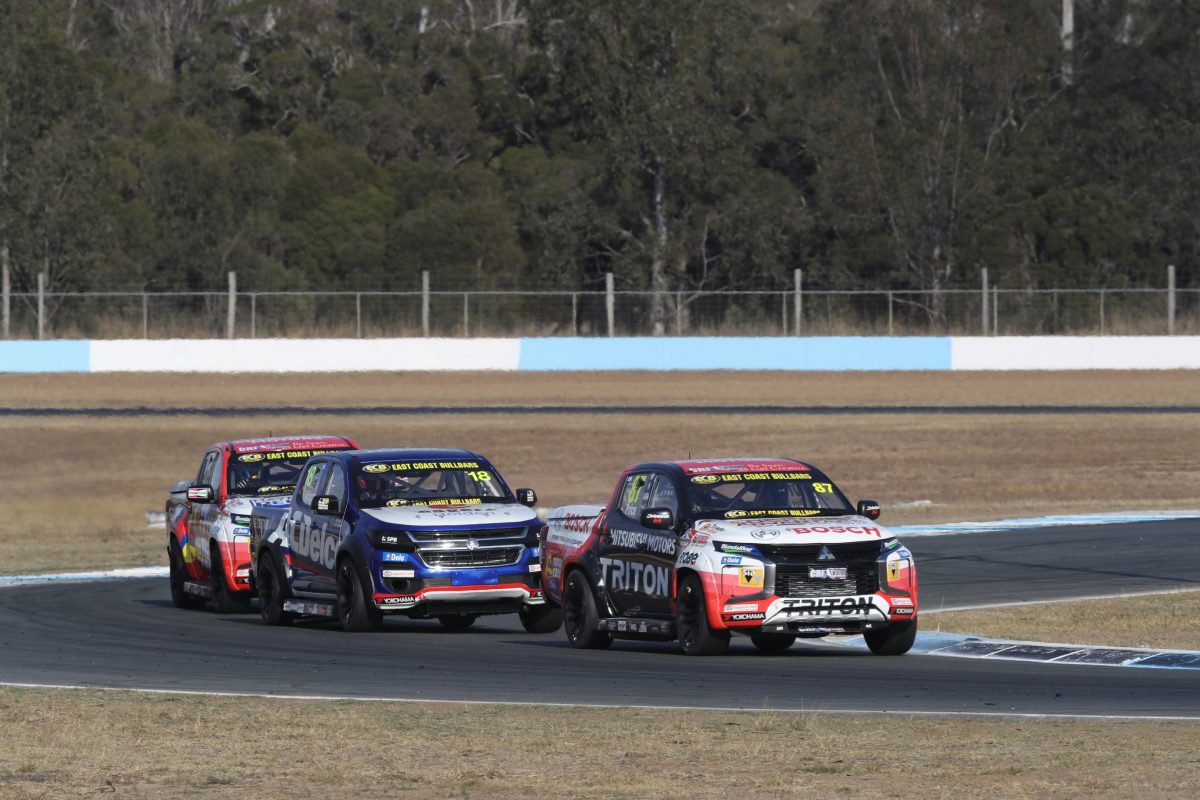 Toby Price held off a spirited final lap challenge from Steven Richards to claim victory in Race 2 of the SuperUtes at Queensland Raceway.

Formosa swung around the outside of reverse grid pole-sitter Charlotte Poynting (Mitsubishi Triton) at the first corner to take the lead.

Ben Walsh (Toyota Hilux) and Benjamin Falk (Mazda BT-50) made contact at Turn 6 on the opening lap, putting the latter, who was running inside the top four, into the gravel.

Falk was able to rejoin the track, however, at the back of the field, while Walsh later pulled off the circuit.

Price sailed down the inside of Formosa at Turn 3 on Lap 2 for the lead, just as Richards found his way into third; which became second a few laps later as he too passed Formosa.

Meanwhile, Tom Alexander pulled into pit lane on Lap 4 with a turbo failure on his Isuzu D-Max.

Richards closed up on Price in the final two laps, having several looks at a pass on the final tour, but could not complete the move.

Price chalked up his second win of the season, crossing the line 0.3s ahead of Richards, while Crick was a close third.

The final SuperUtes race of the weekend takes place at 1555 AEST.