McLaughlin pips Mostert to pole for Race 20 at QR

McLaughlin pips Mostert to pole for Race 20 at QR 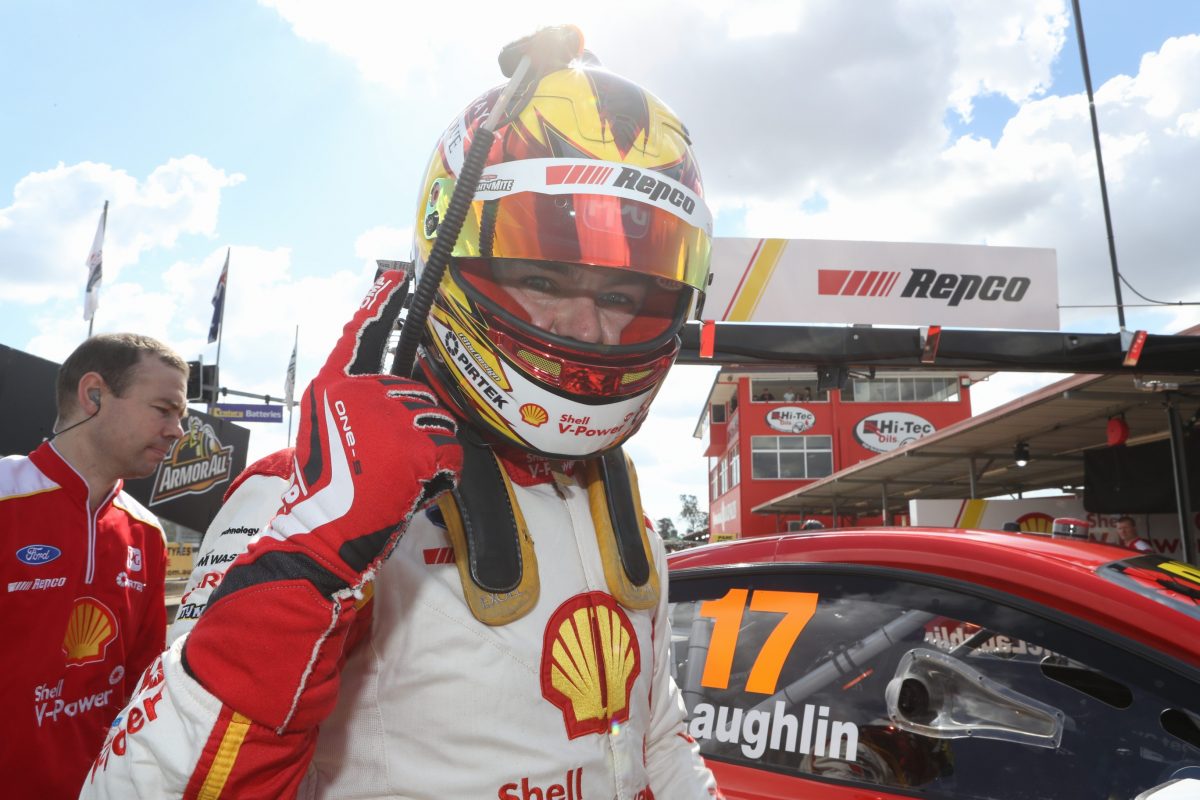 Scott McLaughlin has qualified on Armor All Pole Position for Race 20 at the Century Batteries Ipswich SuperSprint by a margin of a tenth of a second over Chaz Mostert.

McLaughlin set a 1:08.5133s in the #17 Shell V-Power Mustang at the end of the three-part knockout session, while Mostert elevated himself to second with a 1:08.6195s in the #55 Supercheap Auto Mustang.

The championship leader could not match his record pace in Practice 4 earlier in the day, but nor could anyone else as McLaughlin took a 13th pole of the campaign.

“I’m so grateful for where we’re at and the pace that we had; always want to do the perfect lap and just missed that last sector,” said McLaughlin.

“Overall, really strong first two sectors. We’ll go into the race, I think it feels like we’ve got a better car, but who knows? We’ll see what goes on.”

Mostert was fifth after the first runs in Part 3 before finding almost four tenths of a second on his second run.

Whincup ended up almost a quarter of a second off the pace in the #88 ZB Commodore, while Shane van Gisbergen (#97 ZB Commodore) was 0.2964s away from McLaughlin with only one run at the final part of qualifying to earn fourth on the grid.

Will Davison barely got out of Part 2 before setting a 1:08.9400s on his second flying lap at the start of Part 3.

The Milwaukee Racing driver was one of six to only have one run in the final segment due to a shortage of tyres but finished fifth despite putting his cue in the rack early.

Coulthard was knocked out of the top 10 when Davison lifted himself from 13th to 10th well after the chequered flag in Part 2 of qualifying.

There was an early end to Part 1 of the session when Macauley Jones spun at the exit of Turn 1 and couldn’t restart his #21 CoolDrive ZB Commodore.

The red flag deprived most of a chance to improve on a second run, including Jones’ Brad Jones Racing team-mate Tim Slade, who was personal best to the second sector in the #14 Freightliner ZB Commodore.

Race 20 of the Virgin Australia Supercars Championship, scheduled for 65 laps/200km, is set to start at 1410 local time/AEST at Queensland Raceway.

Results: Armor All Qualifying for Race 20