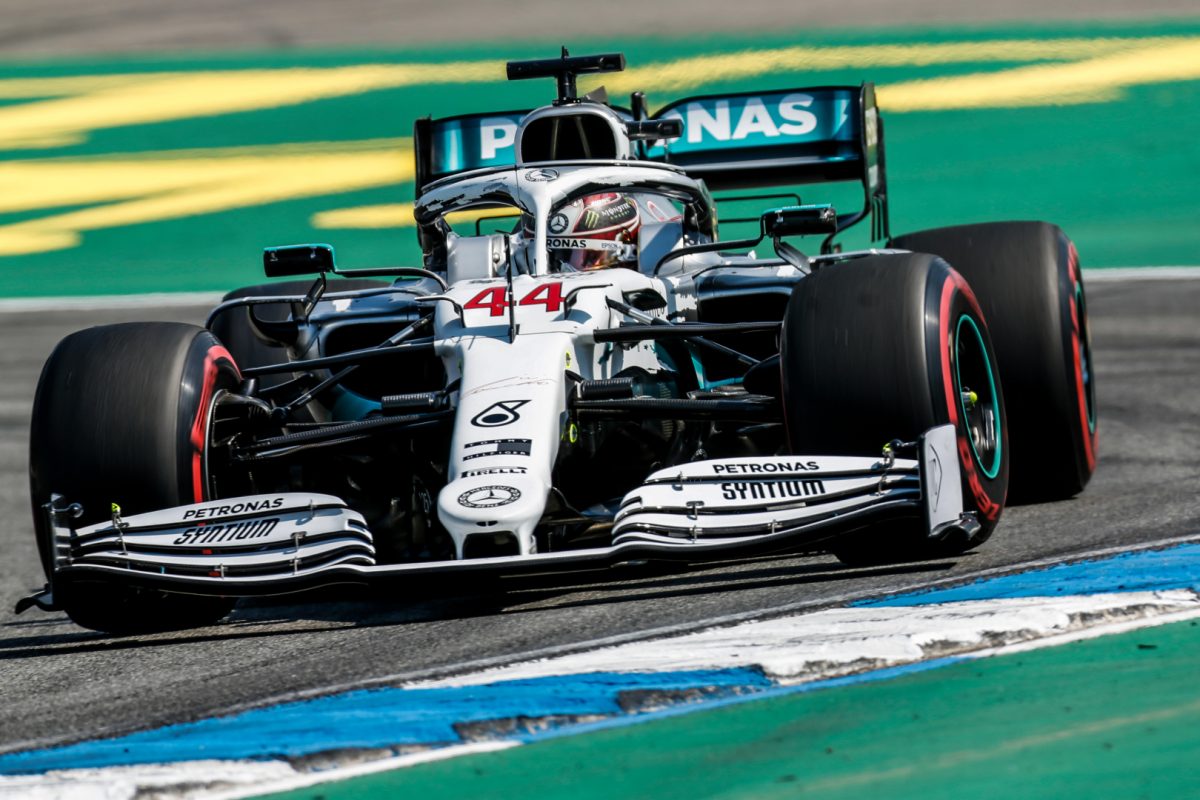 Lewis Hamilton has claimed an almost unrivaled pole position after both Ferraris faltered during qualifying for the Formula 1 German Grand Prix.

Hamilton recorded his 87th pole position in a session that saw Sebastian Vettel suffer turbo problems and fail to set a time.

Things then went from bad to worse for Ferrari as Charles Leclerc too was struck with gremlins that prevented him taking to the circuit in the final phase of the session.

The session never really got going for Vettel, who was forced back to the pits almost as qualifying began with a reported loss of power.

Diagnosed as a turbo problem, the German driver had no option but to climb from the car without having set a lap time.

A traffic impacted first effort saw Hamilton down the order, though he quickly put that right to move comfortably clear of the drop zone at the end of Qualifying 1.

Bumped from the session were both Williams of Robert Kubica and George Russell, Alex Albon (Toro Rosso), Lando Norris (McLaren), and of course Vettel.

Midway through Qualifying 2 it was Verstappen’s turn to report a loss of power, the Red Bull driver returning to the garage as, like Ferrari did for Vettel, the team began troubleshooting.

The Dutch driver emerged shortly after, touring around on a set of the red-striped tyres as he wound up for a lap on the softest compound rubber.

It saw him produce a 1:12.427s effort, good enough for provisional fourth behind Hamilton, and ensure he moved safely through to the final phase of qualifying.

As Qualifying 3 began there was frantic activity in Leclerc’s garage, the team working on the right hand sidepod of the Ferrari.

It proved to be a terminal fuel system issue for the Monegasque driver, who climbed out of his car without venturing out of the garage in Qualifying 3.

While that was happening in pit lane, on track Hamilton was busy setting a 1:11.767s lap to claim provisional pole position.

Verstappen slotted himself between the two Mercedes to sit second after his first timed lap, a third of a second down on Vettel but a tenth clear of Valtteri Bottas.

A further three tenths back was the second Red Bull of Gasly, his early best a 1:12.522s.

The top four remained as they were after their second efforts, confirming Hamilton on pole from Verstappen, the Englishman’s 87th Formula 1 pole position.

Gasly had improved on his final lap, but officials deemed he’d left the track and gained an advantage and deleted the time.

Behind the front two rows, Kimi Raikkonen was the best of the rest for Alfa Romeo ahead of Romain Grosjean (Haas) and Carlos Sainz (McLaren).

Sergio Perez (Racing Point) was eighth, Nico Hulkenberg (Renault) ninth, and the luckless Leclerc (Ferrari) in 10th having not taken tot he circuit in the final part of qualifying.

While the forecast rain stayed away for qualifying it is expected that conditions will deteriorate come race day, the action set to commence at 2310 AEST.