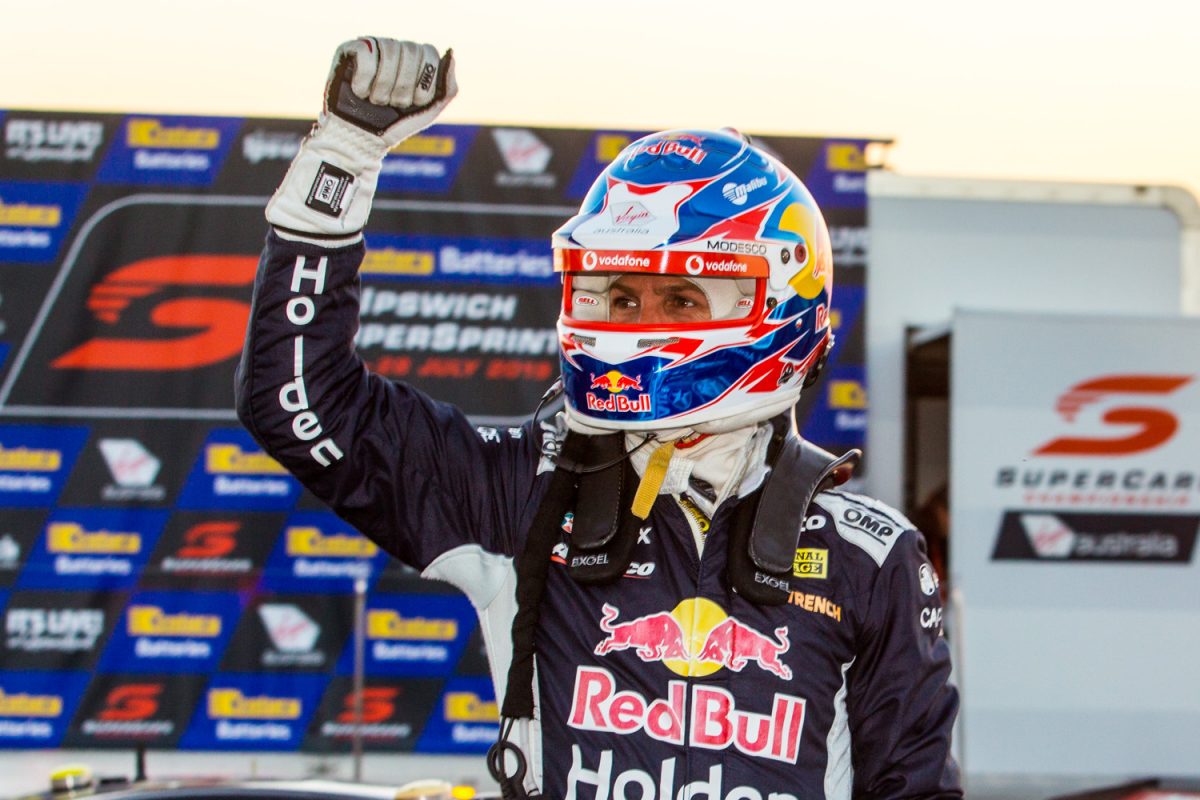 Triple Eight is in a better position to regularly challenge for wins but the squad still has a deficit to make up, according to Race 19 winner Jamie Whincup.

Whincup ended a winless streak that stretched back to Sandown last year with a commanding run to the chequered flag at Queensland Raceway.

The victory was only Triple Eight’s third of the year but its second on the bounce after team-mate Shane van Gisbergen triumphed in the wet at Townsville.

Whincup’s victory has come amid a recent upturn in fortunes for the factory Holden team, which has struggled in comparison to previous seasons, and against arch rivals Shell V-Power Racing, which has won 15 races.

The seven-time champion paved the way for the win with a well-judged start that saw him complete a switchback on championship leader and Armor All Pole-sitter Scott McLaughlin at Turn 1.

It is a move that he believes the car would not have been able to achieve three months ago.

“As I said, there’s still a performance deficit without doubt.

“I reckon probably three or four months ago, we wouldn’t have been able to actually turn the thing to make the lunge (on McLaughlin), so we’re slowly chipping away at the performance.

“There’s still a little bit of a deficit there to certainly Car 17 (McLaughlin) but we’re slowly chipping away and when they make a mistake and we get it right, we’re certainly in the race.

“I’m really enjoying the challenge. We’re probably not really enjoying it right now because it’s just burning the midnight oil and a lot of hard work goes on behind the scenes to make the car faster.

“But (we’ll) certainly look back on it in 10 years’ time and go ‘Hey, the challenge in trying to get the car competitive again…’; that’s going to stick in my mind more so than when we were fairly dominant.’

“I mean, it’s still going to be very tough to beat McLaughlin, I feel, on a regular basis but, as I said before, we’ve got the measure of the rest of them some of the time,” Dane told Speedcafe.com.

“It’s just that McLaughlin and Ludo together are doing an exemplary job, so in order to be able to beat them, we need to bring an A-plus game to do that.

“It has been hard (to close the gap to Shell V-Power Racing).

“It’s hard, we’ve got a certain amount of resources and we’ve got to try and deploy them as best we can to try and make sure that we get the best possible result.

“Luckily we’ve got a couple of great drivers to complement the rest of the team and hopefully when we are capable of giving them something that’s got the opportunity to win, then they take it, and Shane’s showed that several times already this year, and now Jamie has as well.”