Stewards confirm no breach of rules for pit lane fire

Stewards confirm no breach of rules for pit lane fire 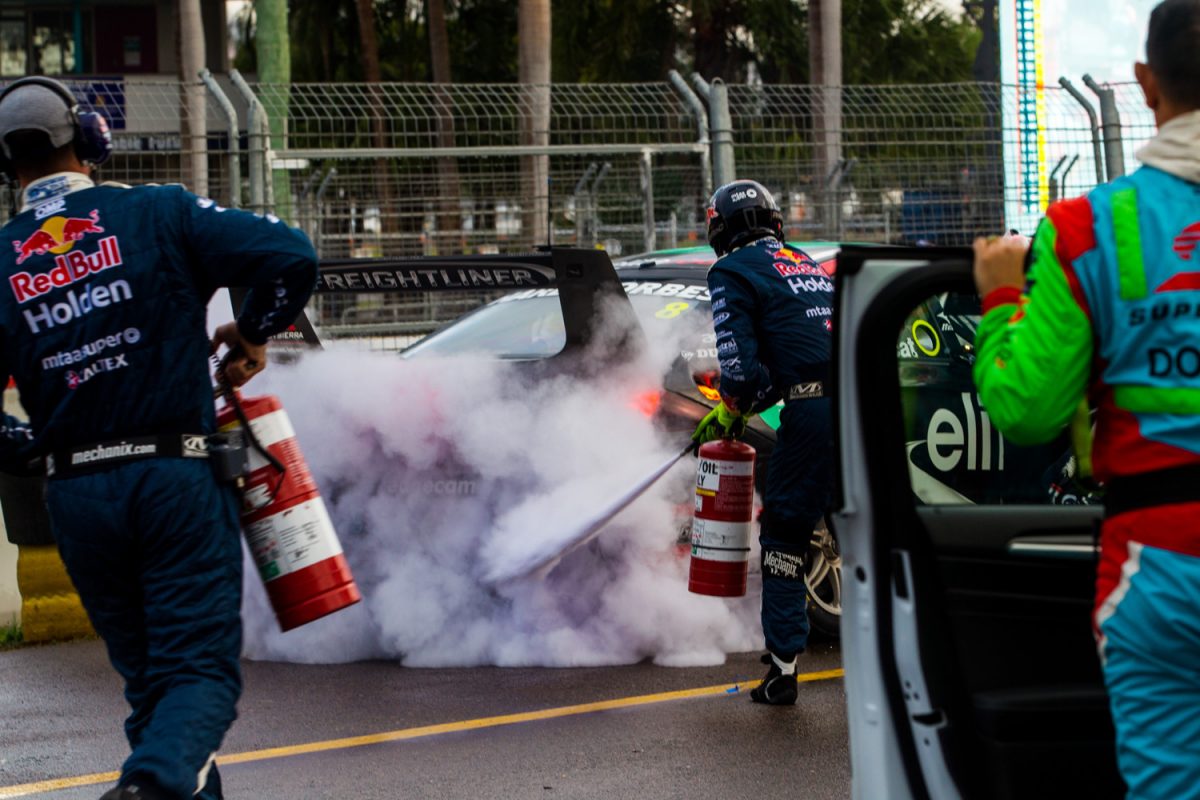 Supercars stewards have revealed their findings from an investigation into the pit lane fire during Race 18 at the Watpac Townsville 400.

Following a detailed investigation into the incident officials have determined there was no breach of rules by Brad Jones Racing after a fire engulfed the pit bay during a pit stop for Nick Percat.

A fuel spill ignited spectacularly during the stop which resulted in a number of teams rushing to extinguish the blaze that extended to Percat’s car.

The results of the investigation have been released today and are as follows.

“The Stewards convened a hearing and summonsed the Team regarding the incident involving a fire that happened at Car #8’s Pit Stop during Race 18 (Townsville, Sunday 7 July 2019),” read a report from the stewards.

“The DRD presented to the Stewards his investigative report, which contains his determination that there is no evidence to establish a breach of the Rules occurred.

“The Stewards accepted the DRD’s determination and decided not to take any further action in relation to the incident.”

While the team has escaped penalty for the incident at Townsville, Percat has been handed a $1000 fine ($500 suspended until the end of year) for conducting a practice start outside of the designated zone during Practice 3 at Queensland Raceway.