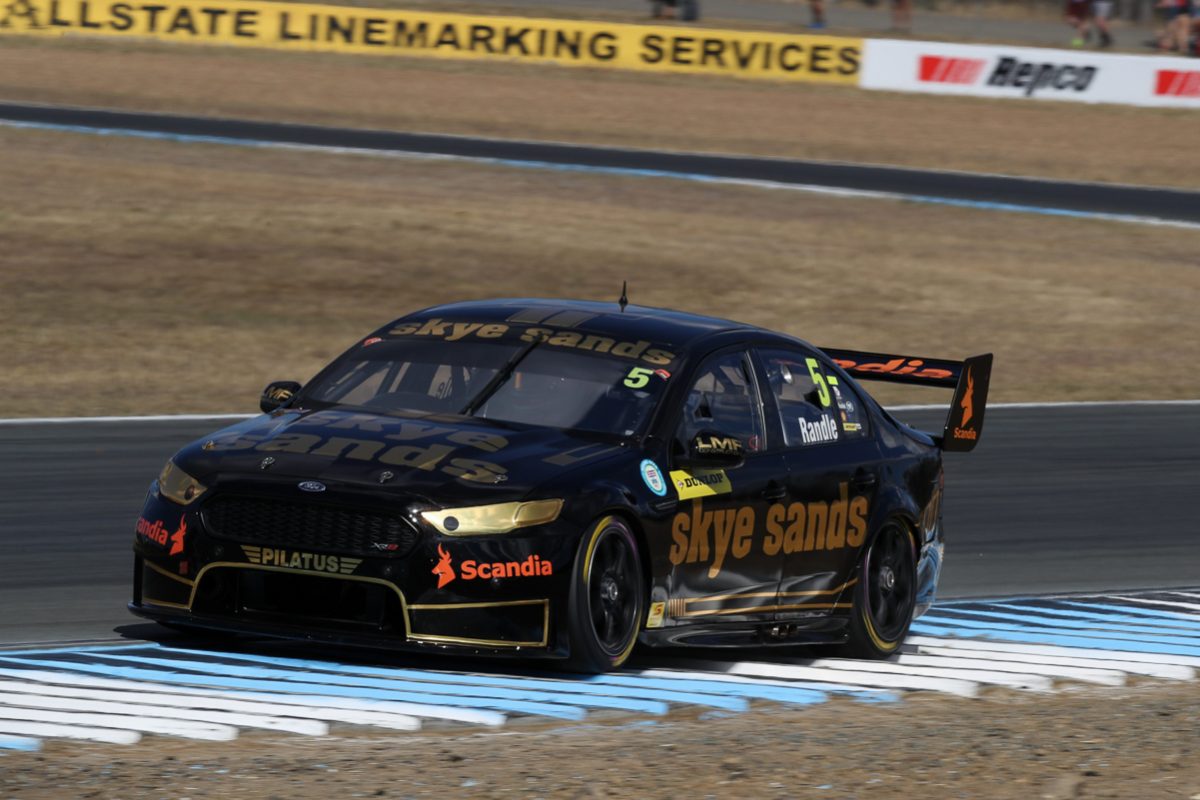 Thomas Randle has qualified on Armor All Pole Position for Race 1 of the Dunlop Super2 Series at Queensland Raceway in a closely fought session.

Just over a tenth of a second covered the top four of Randle, Kurt Kostecki, series leader Bryce Fullwood, and Jack Perkins, while first to ninth spanned less than three tenths.

Randle went faster anyway with a 1:10.5227s moments later in the #5 Tickford Racing FGX Falcon and while he could not improve on his next lap, as has been the trend thus far this weekend, that lap was good enough for a second career Super2 pole.

Kurt Kostecki, also seeking a second pole in the series after getting his first three weeks ago in Townsville, fell 0.0705s short on his first green tyre lap in the #55 Triple Eight VF Commodore.

He was two hundredths of a second slower on his next lap, and went hard again on the third, setting the fastest first sector.

However, a yellow flag at Turn 3 for the stricken Matt Chahda (#18 Matt Chahda Motorsport FGX Falcon) is believed to have caused Kurt Kostecki to back out of the lap and he remained on the outside of the front row.