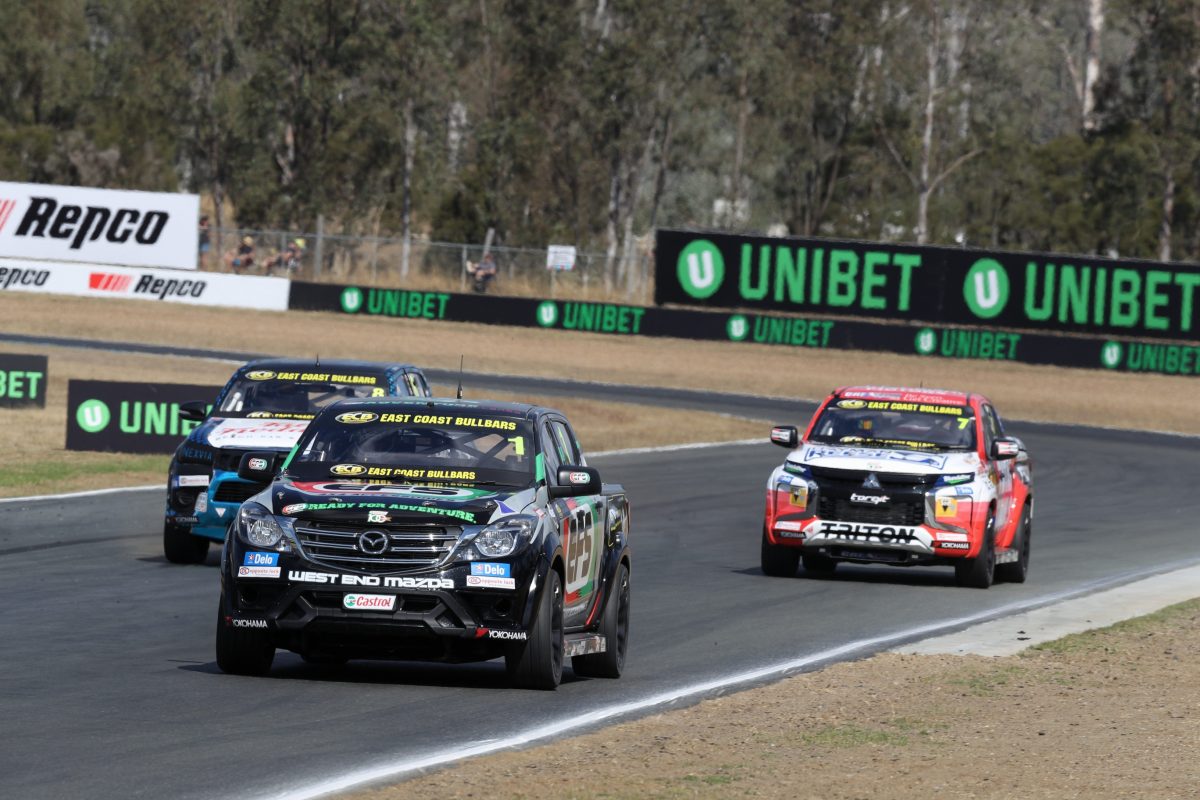 Ryal Harris saw off a challenge from Ben Walsh to win the opening race of the weekend for the SuperUtes at the Ipswich SuperSprint.

From Armor All Pole Position, Harris (Mazda BT-50) held onto his lead ahead of a feisty pack at the start.

Walsh (Toyota Hilux) sliced his way up to second, heading Tom Alexander (Isuzu D-Max), while Cameron Crick (Mitsubishi Triton) fell back to fourth from the front row of the grid.

It wasn’t long before Crick got back past Alexander for third up the inside at Turn 4 after hanging around the outside at Turn 3.

Charlotte Poynting spun the #96 Mitsubishi Triton on her own on the exit of the final corner and ended up way off the track.

However, the Newcastle drier found a way back on the circuit.

Toby Price (Mitsubishi Triton) bumped the rear of Alexander under braking for the last corner on Lap 3 and slowed both of them up.

As a result, Price was passed in quick succession by Craig Woods (Toyota Hilux) and Benjamin Falk (Mazda BT-50).

On Lap 9, Walsh dived down the inside of Harris at Turn 3 to momentarily capture the lead, but Harris got back past three corners later.

Walsh dropped into the dirt on the exit of Turn 1 and lost touch with Harris on the final lap, having to settle for second ahead of Crick, Alexander, and Woods who completed the top five.

Steven Richards pulled into pit lane on the formation lap and did not take the start after he was due to line-up sixth in his Holden Colorado.