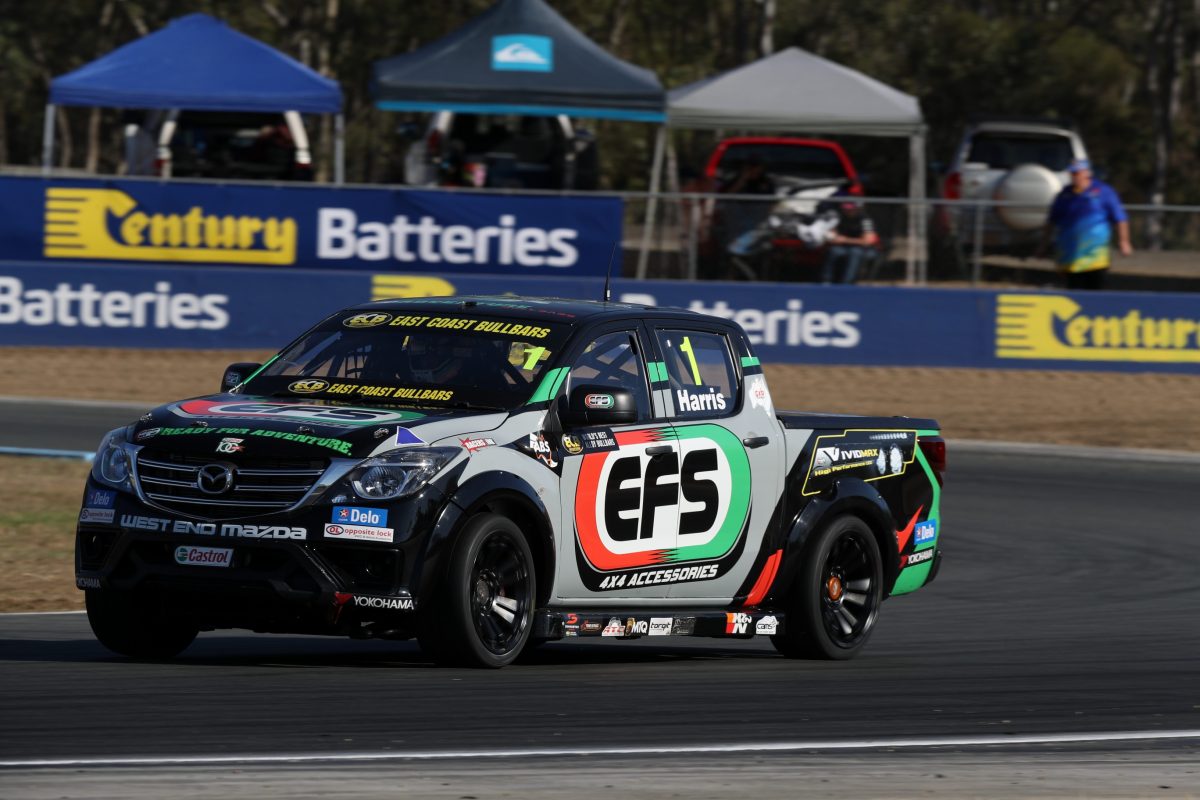 Ryal Harris beat Cameron Crick to pole position in Armor All Qualifying for the SuperUtes at the Century Batteries Ipswich SuperSprint.

With no improvements later in the session, Harris’ 1:27.640 sealed him the top spot, with his effort four seconds faster than last year’s pole position time, a 1:31.046s set by Alexander.

Charlotte Poynting (Mitsubishi Triton) had a strange spin on the exit of Turn 2, rejoining to the asphalt without any issues.

The first race of the weekend for the SuperUtes takes place at 1220 local time/AEST.