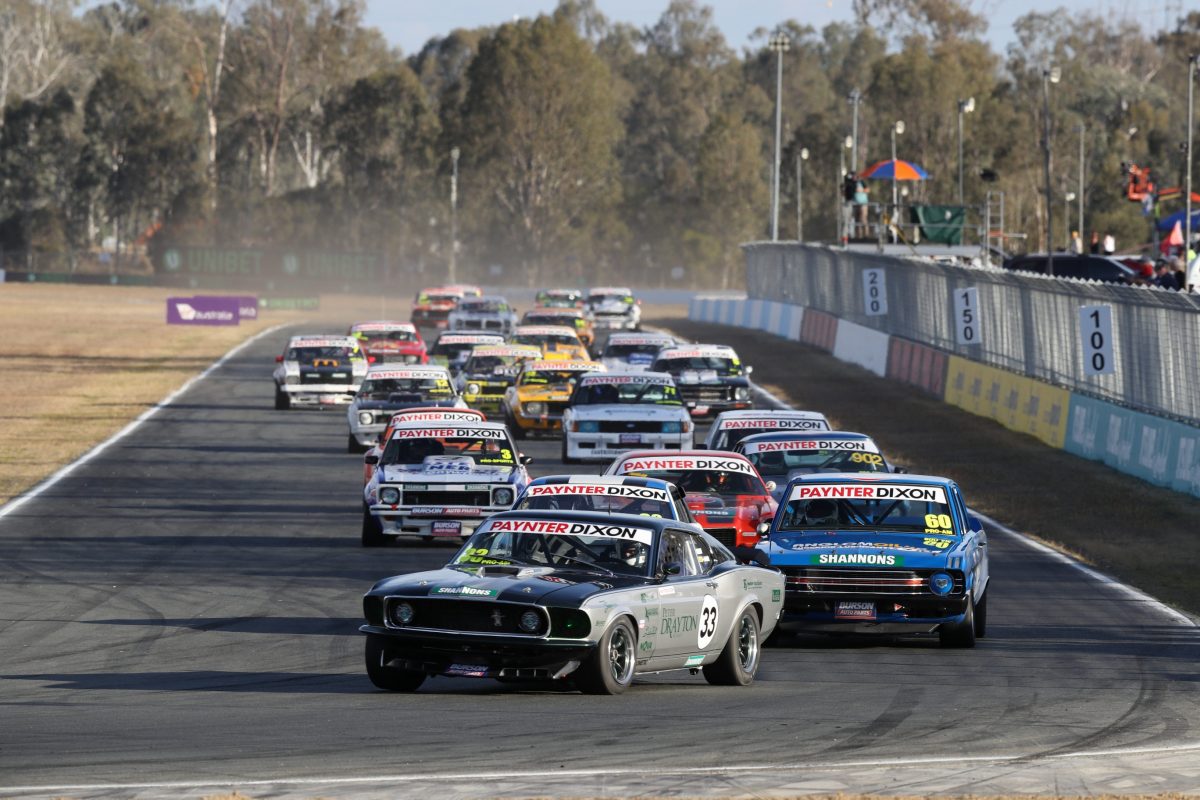 Cameron Mason has christened his new 1969 Trans Am Mustang with victory in the Dometic Trophy Race for Round 4 of Paynter Dixon Touring Car Masters at Queensland Raceway.

Mason started from first position due to the grid inversion and had Cameron Tilley (#60 Valiant Pacer) on his outside, with both finishing in the same positions.

Allen Boughen’s race lasted no longer than 10 seconds after his #97 Mercury Comet speared into the tyre barriers on the inside of the circuit following door-to-door contact with Peter Burnitt (#12 Torana A9X).

Boughen escaped from the car unharmed as the whole circuit entered into yellow flag conditions, only to be withdrawn, leaving drivers who slowed and gave up their positions at a disadvantage.

Mason was one of the beneficiaries, quickly bridging a 1.5s gap in Car #33 and ultimately leading all the way to the chequered flag for a 5.8s win.

Tilley prevailed in a race-long four-car battle to claim second, while Ryan Hansford (#6 Torana A9X) was fit enough to race after cancer surgery and ended up third.

Earlier, Seton qualified on pole for the first of tomorrow’s two 12-lap races, which start at 1000 and 1420 local time/AEST. 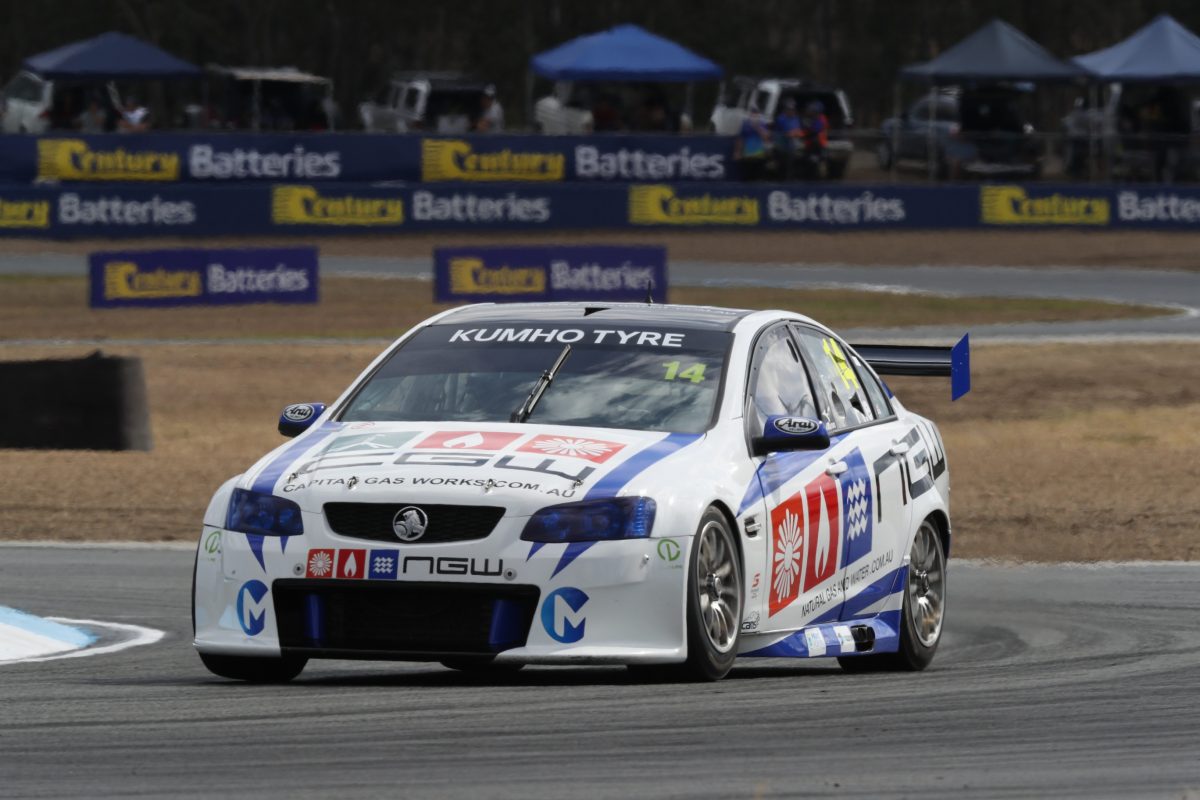 Brad Jones Racing’s Josh Fife was fastest in both of the day’s practice sessions for Round 3 of the Kumho Tyre Super3 Series.

The 2017 national KZ2 karting champion vied with Zak Best and Jayden Ojeda for top spot in Practice 1, usurping the latter with a 1:11.2516s just before the halfway mark.

Fife could not match that time in the warmer afternoon session but neither could anyone else, and his 1:11.3178s in the #14 VE Commodore was good enough to also top that hit-out.

Ojeda briefly held the lead in Practice 1 and his 1:11.3101s from that session kept the #11 Anderson Motorsport FG Falcon second for the day.

The latter was well off the pace with only three laps to his name in Practice 1 before an engine change for the #5 MW Motorsport FG Falcon had him in a more familiar position. 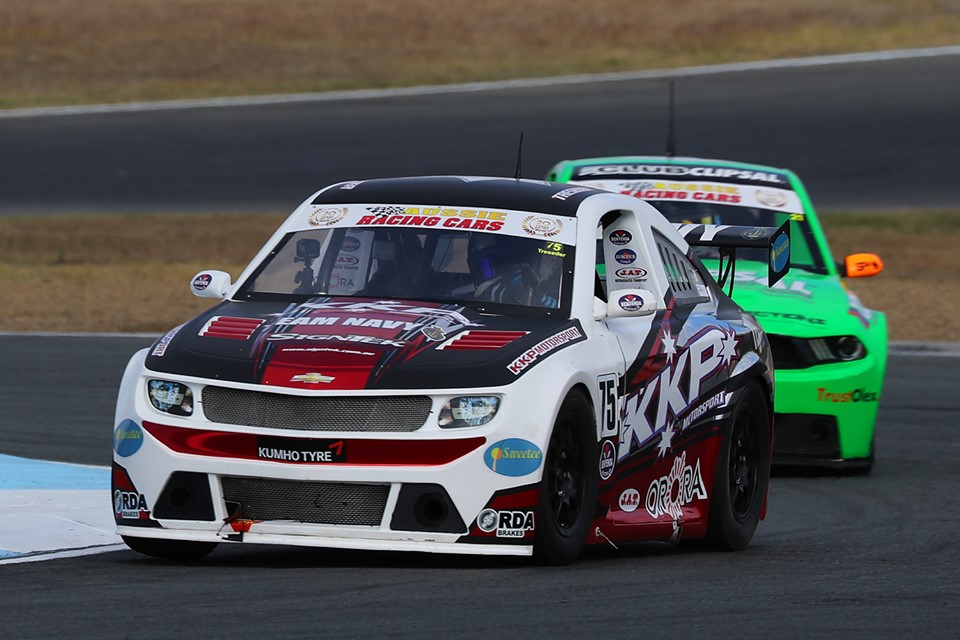 Kel Treseder claimed his first pole position of the season in Round 4 of Aussie Racing Cars.

Treseder clocked a 1.20.6171s around Queensland Raceway and will be joined on the front row by debutant driver Kyle Honour, who is normally one of Sean Rose Motorsport’s mechanics.

Honour ended qualifying 0.1505s behind Treseder, while series leader Justin Ruggier will start Race 1 from third position after he posted a 1:20.9158s.

The first two races of the weekend are set to take place over 12 laps each tomorrow from 0825 and 1120 local time/AEST.