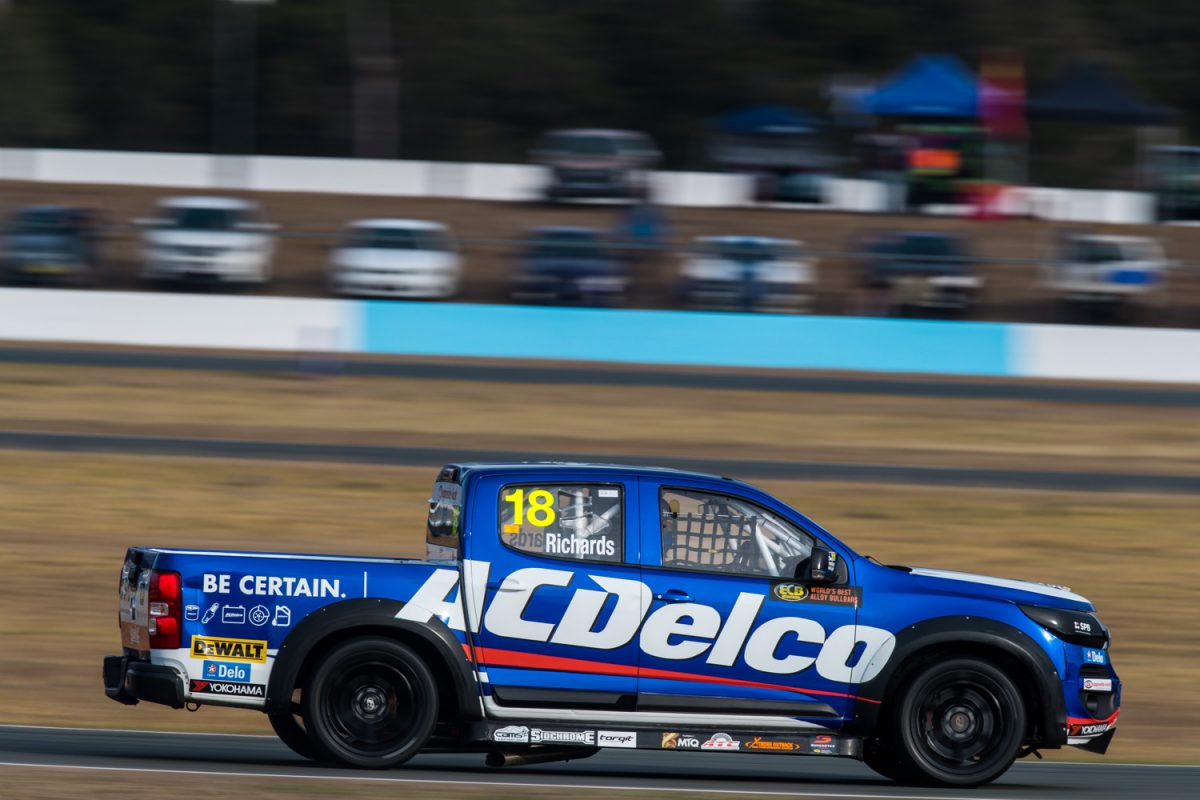 Steven Richards was fastest in Friday practice despite being hamstrung by a mechanical issue in the latter session on his ECB SuperUtes Series debut at Queensland Raceway.

He then went slowest in Practice 2 due to a cracked exhaust manifold, but remained fastest on combined times.

Cameron Crick (#7 Sieders Racing Team Mitsubishi Triton) was second for the morning session, 0.0612 seconds off the pace, and finished at the top in the afternoon session.

Despite the track rubbering in, Crick’s fastest Practice 2 lap of 1:28.9704s was almost seven tenths slower than Richards’ morning time, which was set in cooler conditions.

Ben Walsh (#8 Ben Walsh Toyota Hilux) was the first of only four drivers to go faster in the second session, when his 1:29.0011s put him second in that hit-out and sixth combined.

The SuperUtes return to the track for Armor All Qualifying on Saturday at 0930 local time/AEST.