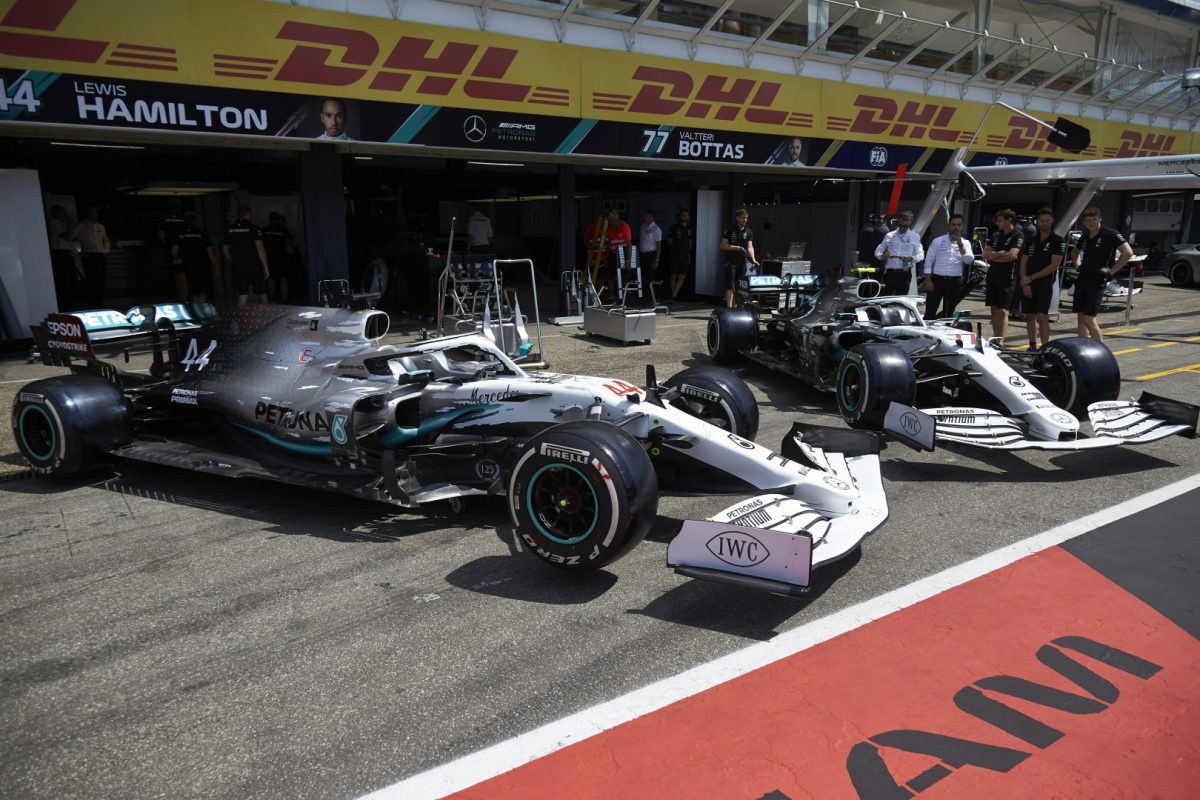 Mercedes will run a revised livery for the German Grand Prix

Mercedes has pulled the covers off a commemorative livery ahead of this weekend’s Formula 1 German Grand Prix.

The German marque is celebrating 125 years this year, while the German Grand Prix is also its 200th in Formula 1 history.

Mercedes first entered Formula 1 in 1954, winning back to back titles with Juan Manuel Fangio before leaving motorsport following the tragic crash involving Pierre Levegh at Le Mans in 1955.

It returned as an engine supplier in the 1990s, initially with Sauber, and then McLaren before taking over the Brawn team for the 2010 season.

Currently leading both the constructors’ and drivers’ world championships, the revised livery harks back to Mercedes’ pre-war racing history.

However, during the pre-war era a maximum weight was set, and in 1934 the Mercedes W25 came in too heavy.

Legend goes that overnight the white paint was scraped off its cars, revealing the bare metal underneath, bringing the cars down to weight.

Since then silver has been synonymous with Mercedes (and, to a lesser extend, Auto Union, which also competed for Germany in pre-war Grand Prix competition).

In conjunction with the revised paint scheme Lewis Hamilton and Valtteri Bottas’ cars will also feature one of Mercedes historic three pointed stars, rather than the modern version, while the garage has also been redesigned to incorporate imagery from Mercedes’ racing past.

Practice for the German Grand Prix begins this evening, with the opening session to begin at 1900 AEST.