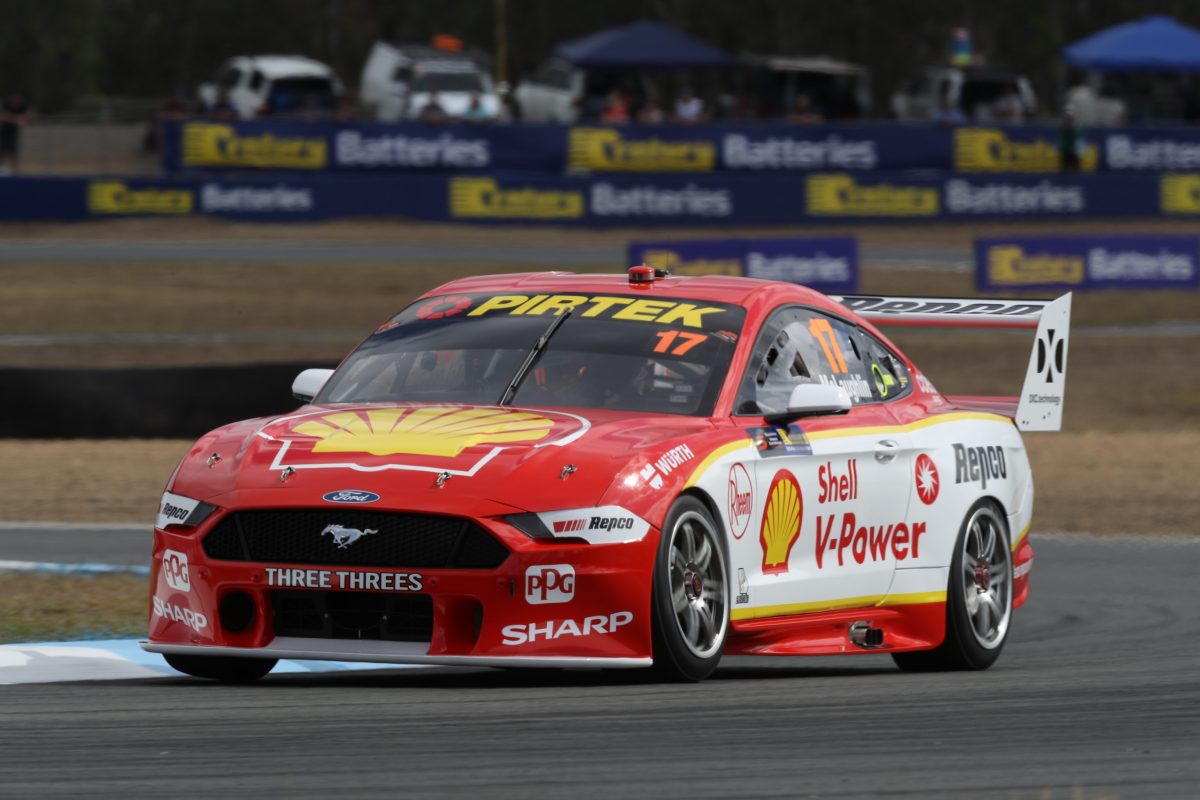 Scott McLaughlin has taken top spot from Will Davison with the chequered flag out in Practice 1 for the Century Batteries Ipswich SuperSprint.

Shell V-Power Racing Team’s McLaughlin improved from fourth to first with a 1:09.1982s right at the end of the half-hour session at an overcast Queensland Raceway, edging previous fast man Davison by 0.1271s.

Jamie Whincup had a minor half-off at Turn 4 having already put in a lap which was good enough for third fastest for the session, from Anton De Pasquale and Chaz Mostert.

De Pasquale (#99 Penrite ZB Commodore) was slower by just 0.0101s at the end of their respective first runs, before McLaughlin (#17 Mustang) moved up to third at a time 0.1071s off Whincup’s just past the 10-minute mark.

McLaughlin made a small improvement on his next run to be 0.0720s slower than Whincup, then Davison elevated himself from fourth to the top with a 1:09.4171s in the #23 Milwaukee Mustang.

Davison found almost another tenth of a second on his following run, ending the session with a 1:09.3253s, although that still was not quite good enough to hold first position when McLaughlin came around with the chequered flag waiting.

“I wasn’t happy on the first set (of tyres), so I just wanted to baseline what we had then,” explained McLaughlin.

“So, the car is pretty good. There’s a bit there in me and the car and stuff, but we’re pretty happy where we’re at.”

Coulthard moved to fifth at the end, moments before he was knocked back a position by an even later lap from Mostert in the #55 Supercheap Auto Mustang, while Andre Heimgartner (Plus Fitness Altima) ended up position seven in Car #7.

David Reynolds (#9 Erebus ZB Commodore) was eighth and Shane van Gisbergen ninth, the latter having spent time outside of his #97 Triple Eight ZB Commodore due to a sensor issue which affected oil pressure readings and a shift cut problem.